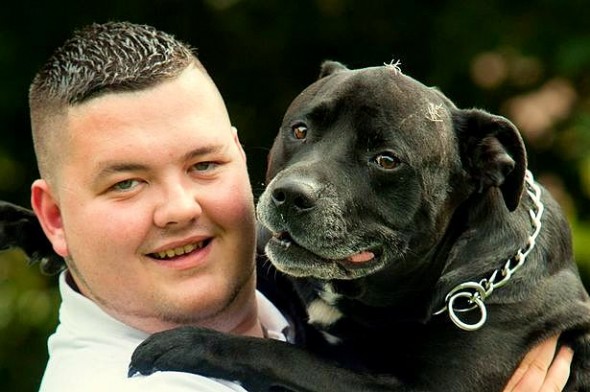 Byron Taylor was at his wit’s end, and couldn’t bear to go on.  He had resolved to end his life, but was prevented from doing so by his bullmastiff, Geo, who stole his noose and chewed it up.

The 23-year-old UK man says had it not been for Geo, he wouldn’t be alive today.  Taylor had hit an incredibly low point in his life, and wanted it to be over.  Geo had other plans.

“He saved my life a few years ago. I was in a very bad place and I attempted suicide,” Taylor explained to the Daily Mail.

“My ex-partner left me. It was very horrible. She turned all the electric and gas on full pelt and took the keys to turn it off.

“She stole all the money and stuff. I lost everything. I couldn’t afford the rent.

Taylor had been drinking heavily when he made the decision to kill himself.  He fashioned a rope into a noose and then went downstairs to pen a farewell letter to his family.

“I came back upstairs and he had the noose in his mouth. At first, I thought he wanted to play,” Taylor explained.  “’I said ‘give it here,’ and he started growling at me.” 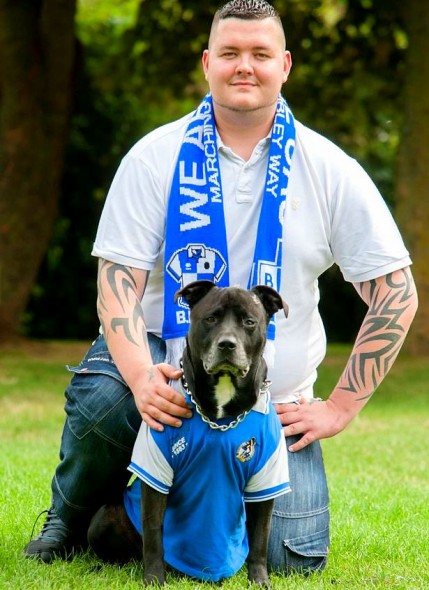 “He chewed up the noose. He never growls, but each time I tried to take it off him, he would snarl. I wouldn’t be here now if it wasn’t for him.

“In a way, I think Geo knew what I was going to do. They have a sixth sense about this kind of thing. He knew something was up.”

Taylor’s life was saved that day by his dearest companion, and that is part of the reason why the man is fighting so hard to save Geo.  A month ago the rare Welsh Bullmastiff was diagnosed with a fatal form of cancer.

“Vets found a really aggressive tumor on his head and it is spreading to his muscles and his bones,” Taylor said.  “The vet is happy for him to carry on as long as he is happy and playing, but it’s only going to be a matter of weeks.  We going day by day. It’s a daily battle with the decision to put him down.”

He recently lost his job as an emergency line dispatcher, but Taylor is doing whatever he can to take care of Geo.  In the past he has raised thousands of dollars for animal charities, and is hopeful that people will help him now save Geo, or at the very least give him the best last days.

Taylor is doing a fundraiser walk for the Teckels Animal Sanctuaries (in Gloucester) to raise money for the shelter, and hopes that Geo will make it long enough to accompany him.  To sponsor him, click here.

He began a personal fundraiser page for Geo’s care.  If you would like to donate to it, please click here. 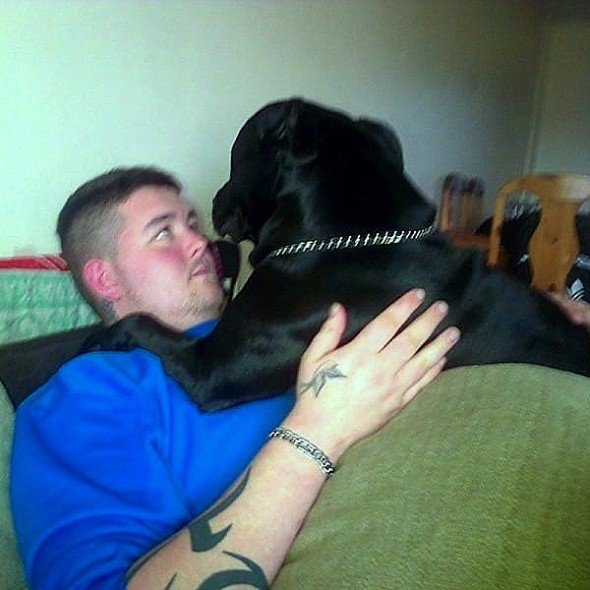