A little while ago two dogs were discovered in a sea tunnel in UK. The dogs were both senior, and they were abandoned in the middle of nowhere. 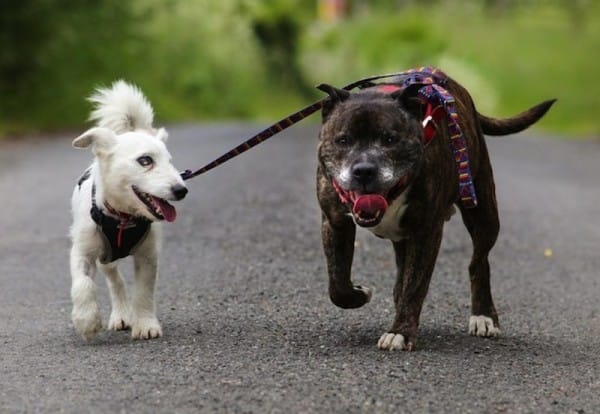 Buzz the Staffordshire Bull Terrier and his friend Glenn the Jack Russell Terrier have a really strong bond, and their friendship is stronger that some people could ever think.  Glen is blind, and Buzz plays the role as Glen’s eyes. Buzz helps Glen to find his food, stay safe, and even directs the poor blind dog to his kennel before a night’s sleep. 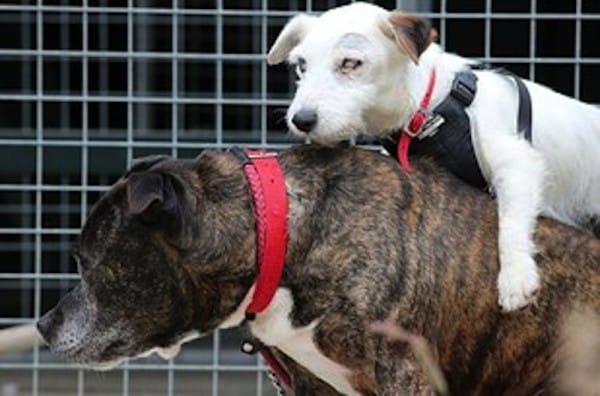 The good thing is that this wonderful pair were rescued, and being cared at the Stray Aid centre. The staff is really hoping to find a forever home for the two senior dogs. They will accept to have these two up for adoption under one condition: that they’re adopted by the same family. It is really difficult for these two puppies to imagine life without one another. They say that the pups become distressed when they’re apart, even for a few minutes. 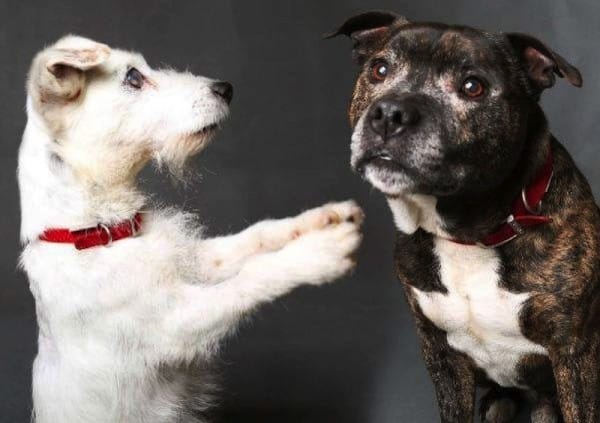