Everybody knows that when one pup gets a treat, her brother is going to want one too. But this is perhaps not the type of treat you were expecting.

When Cache’s sister needed ear drops, the yellow labrador began getting jealous of the extra attention being lavished on her and decided to let his owners know that he was interested in getting ear medication as well.

Now every time his sis gets her treatment, Cache sits in line behind her, as close as he can get, to remind everyone that it’s his turn next. When she’s done, he hops into place in front of Dad, waiting for his dose. 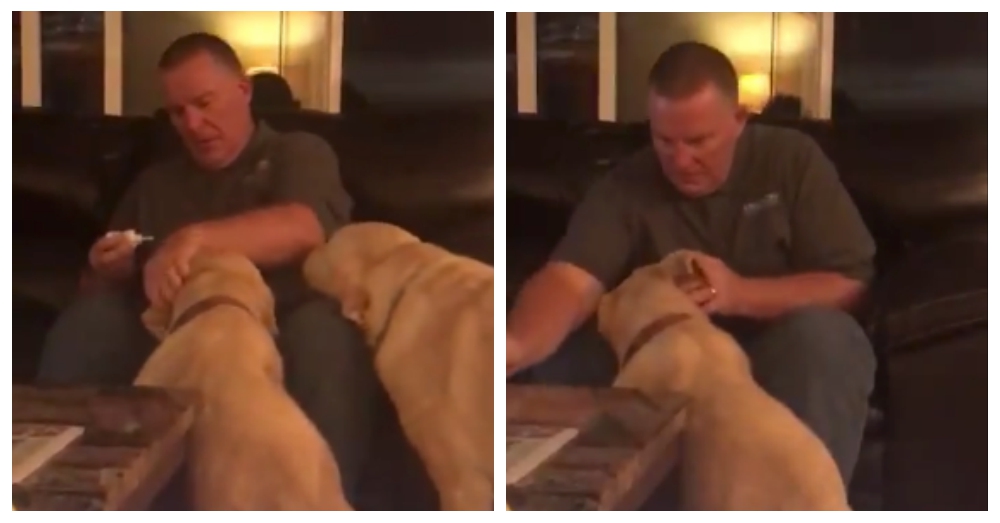 Luckily, this adorable pup has an awesome family that loves him immensely and doesn’t want him to be jealous of their other dog. So after Dad gives the first dog her ear meds, he happily grants Cache the same treatment—or, at least what Cache thinks is the same treatment. 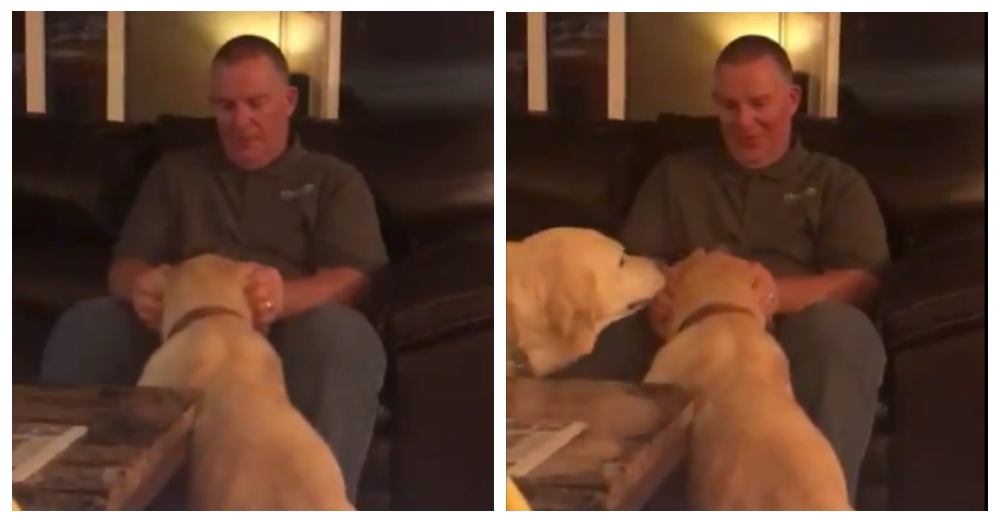 As Cache is getting in position for his meds, Dad covertly places the cap back on the bottle, makes the requisite “squirt squirt squirt” noise as he holds the bottle up to each ear, rubs both Cache’s ears for a few seconds, and then announces, “All done!” 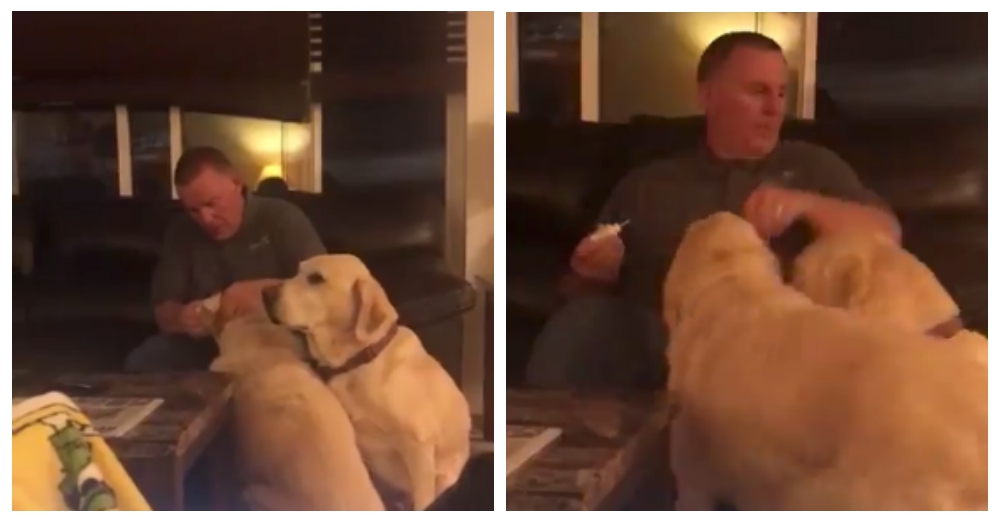 This dad deserves an Emmy for best actor. As Cache jumps around in excitement after his “medicine,” you can tell he thinks his ears are feeling way better than they were before and has no idea he didn’t get the real treatment. 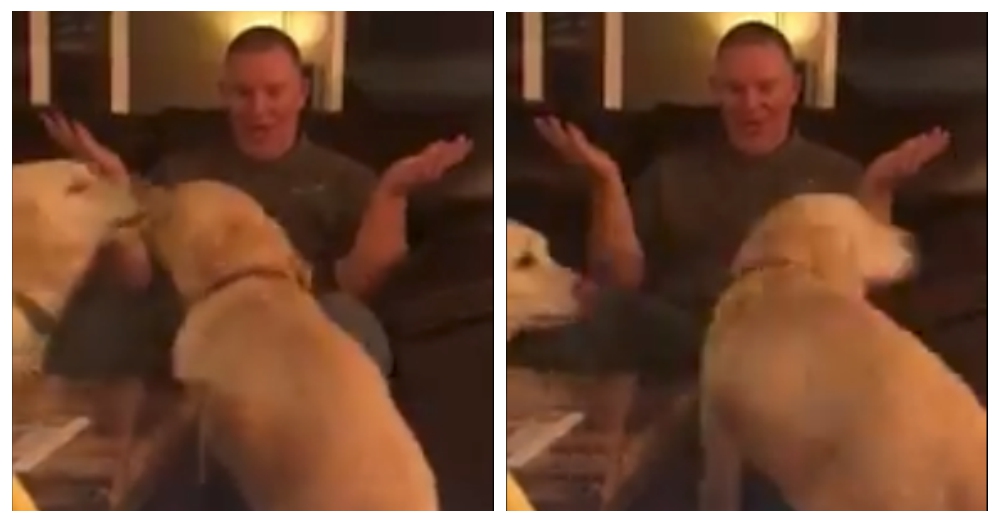 Chloe Copley, Cache’s human sister, posted this video of her dad giving Cache his fake meds on Twitter, and it’s pretty much the most precious thing we’ve ever seen. Check it out:

my dog has ear medicine she needs and the other one also thinks he needs it too.. nobody has the heart to tell him it’s pretend.. pic.twitter.com/Vshe7dhl3b

Who’s a good doggie?! If this big guy didn’t melt your heart, we don’t know what will! He’s so pure!

Since it was posted, the video has gained a lot of attention. But Dog-Dad Todd may not be taking it so well, if this post from Chloe is any clue.