When Zeus was six months old, he started suffering from some strange symptoms. His family also noticed he had a small lump on his body. Slowly…he became paralyzed. Instead of taking him to a vet and giving him the medical help he clearly needed, his family at the time decided they didn’t want a “defective dog” and dropped him off at a high kill shelter in Oklahoma.

Luckily, he didn’t have to wait there long before the amazing folks from St. Francis Community Animal Rescue & Education (CARE) in Murphysboro, Illinois took him into their care. They knew he wouldn’t make it out alive if left to wait for adoption in the shelter.

His new foster mother, Lynda Kuether, first brought him to a vet who explained that the paralysis was likely caused by a virus. 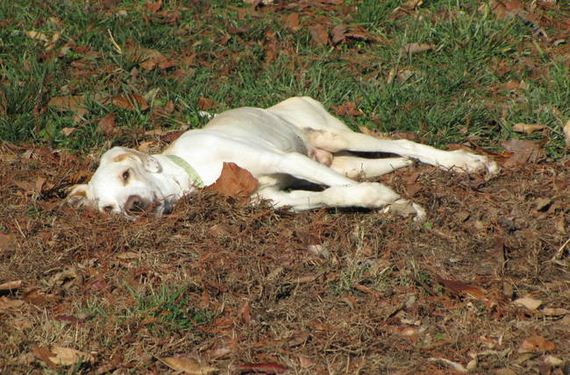 He was given antibiotics and steroids, and began a routine of physical therapy to strengthen his muscles and hopefully improve his mobility. 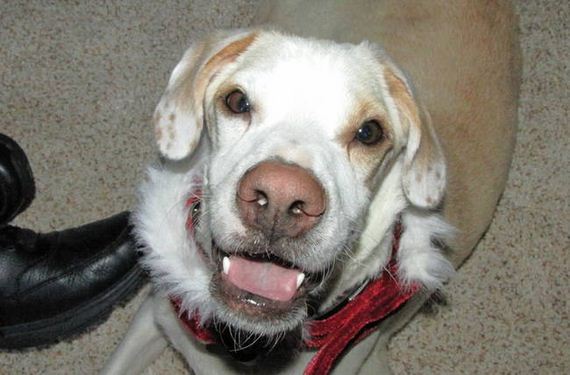 Kuether, a physical therapist for humans, started Zeus’s rehabilitation in a pool. Unable to move even while in the water, she and a volunteer friend would manually stretch his limbs. 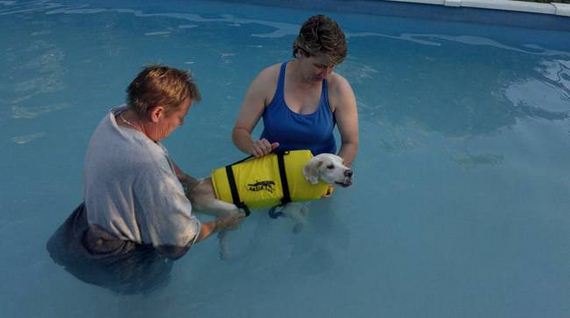 Slowly he gained enough muscle to swim on his own.

On solid ground, he was able to scoot and army crawl around.

Watch his entire, amazing journey in this video chronicling his progress:

Kuether and her wife, Jennifer LeDuc, officially adopted Zeus and are proud to report he can now run, climb stairs, and enter cars on his own. He’s even able to steal sandwiches off your plate, something Kuether was delighted by when he made his first sneaky attempt. He still needs steroids and ongoing physical therapy, but the proud parents have never regretted their decision to give him a second chance.

Their message is simple, “You don’t have to be perfectly healthy to be the perfect pet.” And this beautiful boy definitely proves it.