The ride home from the shelter isn’t one a dog is soon to forget, so why not make it memorable?

That’s how Stryker seems to feel, at least. The 10-month-old bluetick coonhound has been showing up on social media feeds around the world ever since he struck a puppy pose, possibly to impress his new friend Mia, a board member with All Breed Rescue Vermont.

Stryker may be playing it cool for the camera now, but this hip hound once had it much worse. Before catching the attention of Mia, he was running out of time, quite literally, at a high-kill shelter in Union County, South Carolina, after being picked up as a stray.

As visitor after visitor came, looked at Stryker, and left, the dog’s chances of survival grew slim. And then, as is the hope of all canine-kind, his good looks paid off. 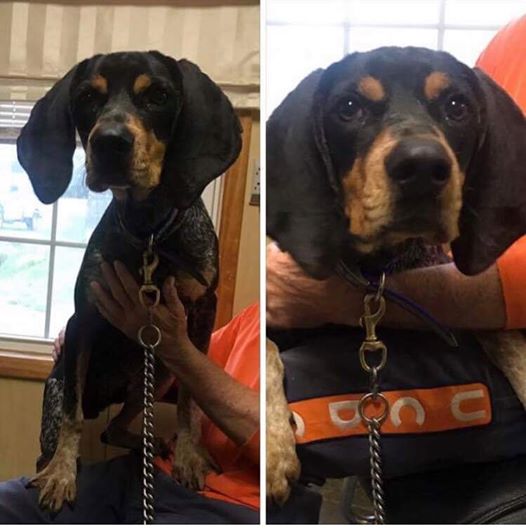 Stryker needs sponsorship of $45 to get him OUT of the shelter and to rescue! Our shelter is over capacity and he needs his ticket out. As soon as we get him sponsored he can leave for rescue!

“I saw his picture last week and just loved his ears,” Mia told The Dodo.

But how would Stryker fare on the long ride north to Vermont? The proof is in the picture. Staff in South Carolina were kind enough to fit Stryker into a vehicle for a staged snapshot, and that’s when Mia knew she had made the right choice.

“I sent a message to my contact down south asking her how he rode, and she sent me that picture back,” she said. “We were cracking up! What a funny guy.” 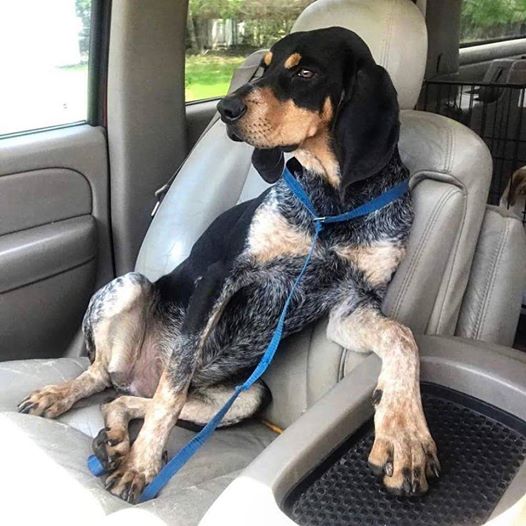 Stryker is feeling fine on his freedom ride

😂 This gorgeous Bluetick Coonhound is about 10 months old but super chill for a puppy! We love him already. If you are interested in adopting Stryker, submit an application today!

It’s the obligation of shelters with vacancies, Mia says, to offer a home for dogs that would otherwise be euthanized. Even though he’s just moving to another shelter, his chances of survival are much greater at a facility where he will cared for until a suitable home is found.

“Our rescue often works with high-kill shelters to rescue them and bring them up north to adopt them out,” Mia said.

Stryker, now on his way north, will be put up for adoption at All Breed Rescue Vermont, which is now accepting applications for his future owner.

The opportunity to adopt a pet is one every caring family should be able to enjoy if they have the means to provide for the animal. However, breed specific legislation makes it impossible for some families to appreciate the love of certain types of dogs.