When a state trooper and his K-9 partner found three puppies that had been dumped in a briar patch, he scooped them up and put them right in his cruiser.  And naturally, his police dog did his duty by providing some comfort to the scared babies while they made their way back to the station. 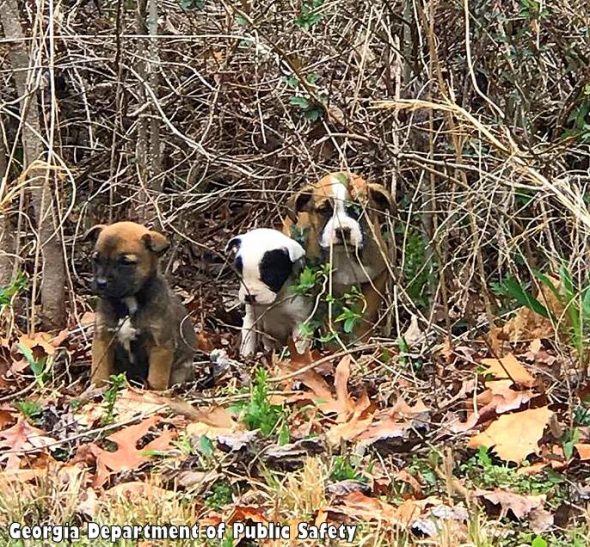 According to the Georgia Department of Public Safety, Trooper First Class Jordan Ennis and his K-9 partner, Tex, were patrolling an area of southwest Atlanta known as a stolen vehicle dumping ground when they spotted something else that had been dumped – three boxer puppies.  They were huddled together beneath some brambles, and likely would have died there had it not been for their heroes. 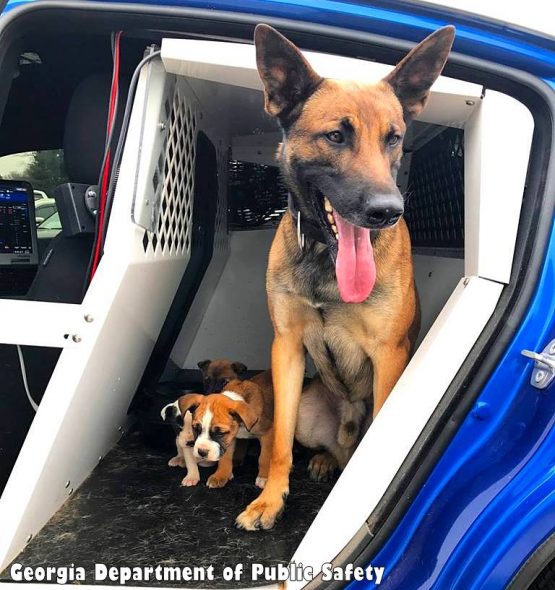 Ennis gathered the trio up and escorted them back to headquarters, where they were judiciously fawned over and adopted by staff members.  Tex isn’t just a bruiser who takes down villains; he has a soft side, too, and consoles the wee siblings during what must have undoubtedly been a scary time.

“A Trooper never knows what he may encounter on a shift, but a day with puppies is a good day,” GDPS said.

Well done to the officers, and may the pups only know love and happiness from here on out!