A group of puppies were abandoned and left to fend for themselves at a dumping ground in Georgia. But thankfully, help wasn’t too far away. Trooper Jordan Ennis and his K-9 partner, Tek, were out for a ride when they spotted the three tiny puppies cowering in a bush together.

“TFC1 Ennis was in southwest Atlanta yesterday in a known stolen car dumping ground. He was driving in an abandoned subdivision when he saw three puppies that had been dumped in a briar patch.” 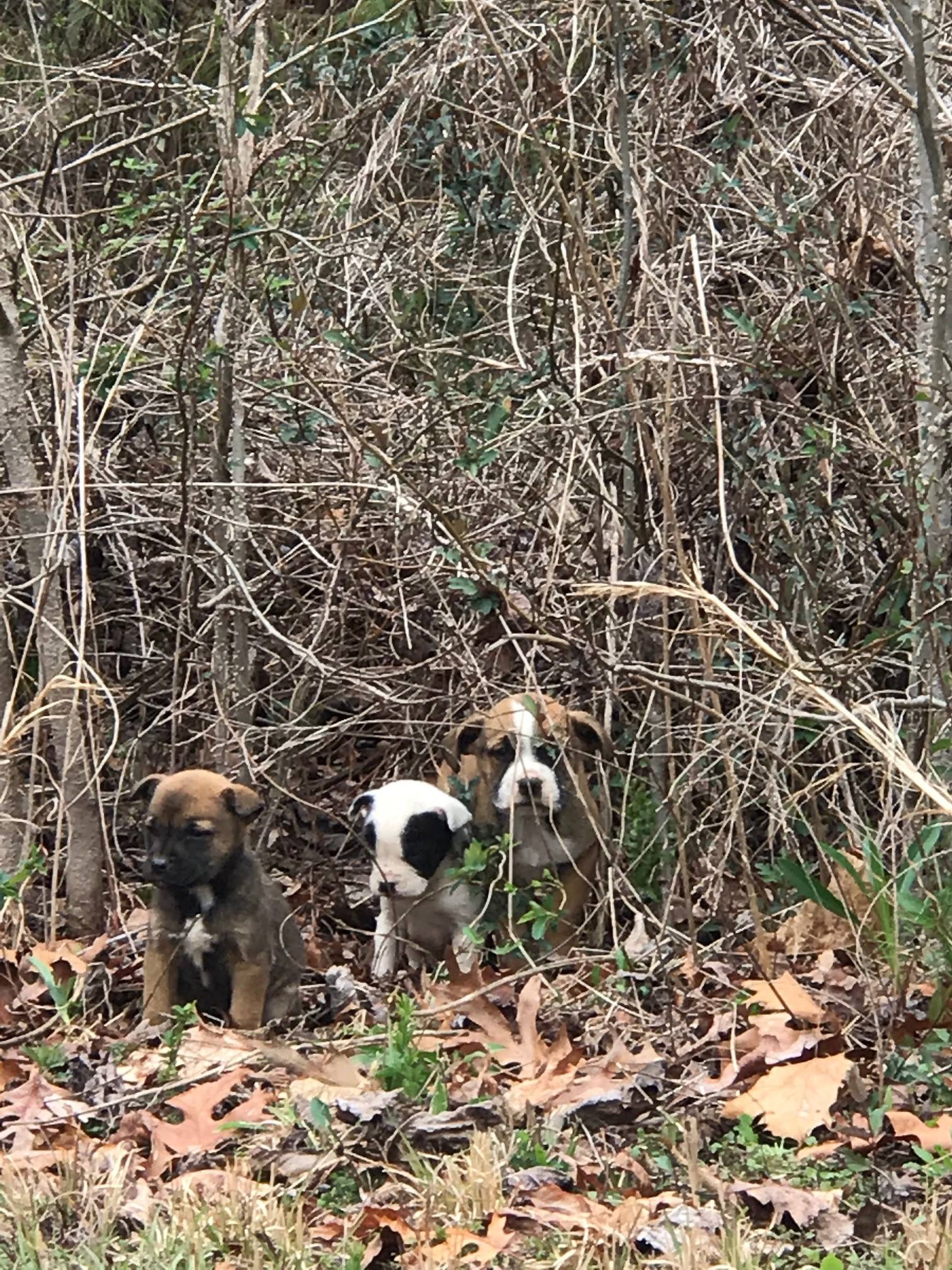 “He knew no one was coming for them, so he and his K-9, Tek, brought the puppies to Headquarters where they were all promptly adopted.” 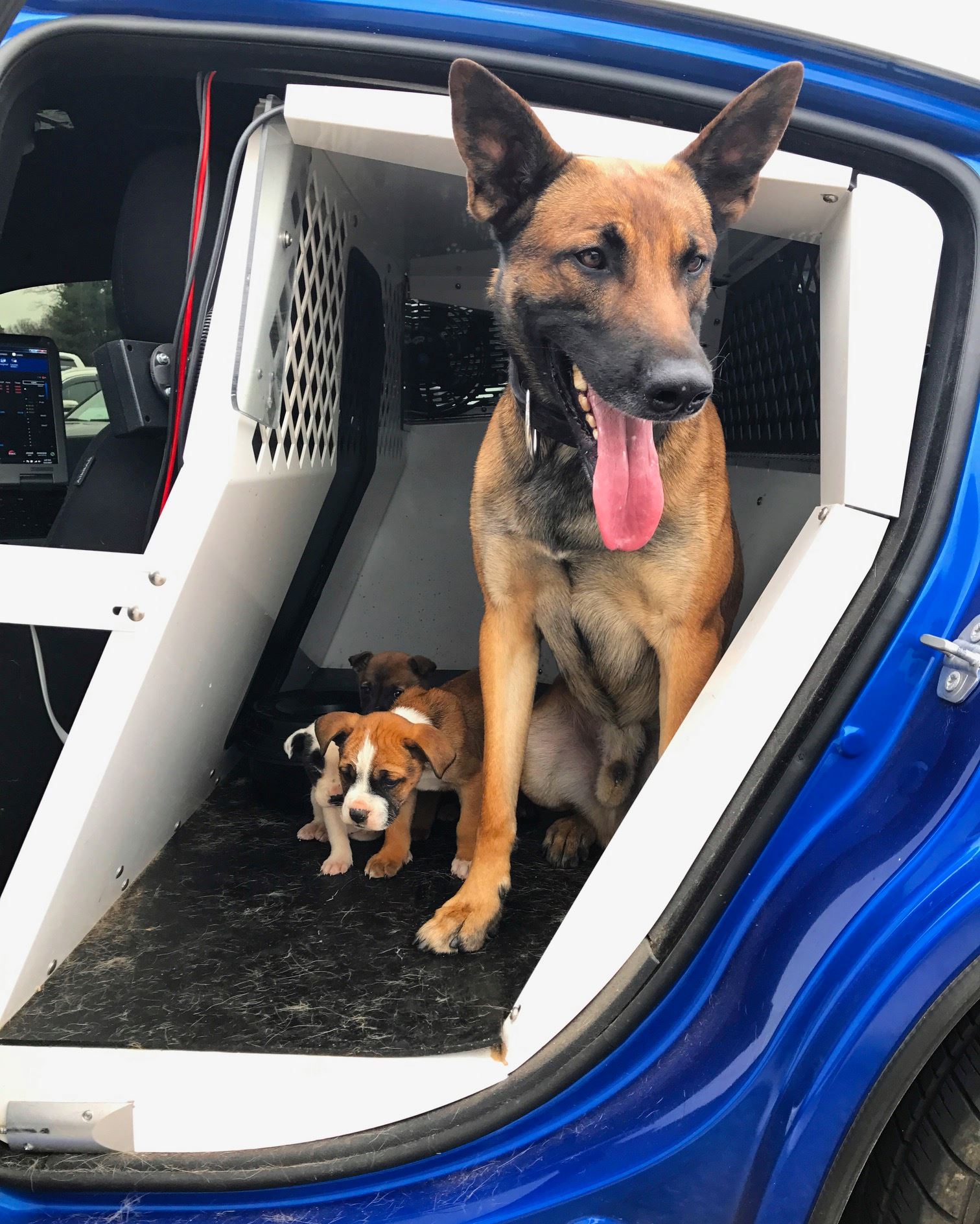 Once the puppies were loaded up in the car, Tek stayed right by their side to comfort them. Doesn’t he look proud of his work? 🙂

The Georgia Department of Public Safety’s Facebook page went on to say, “A Trooper never knows what he may encounter on a shift, but a day with puppies is a good day.”

It’s so good to know the puppies all found homes right away!