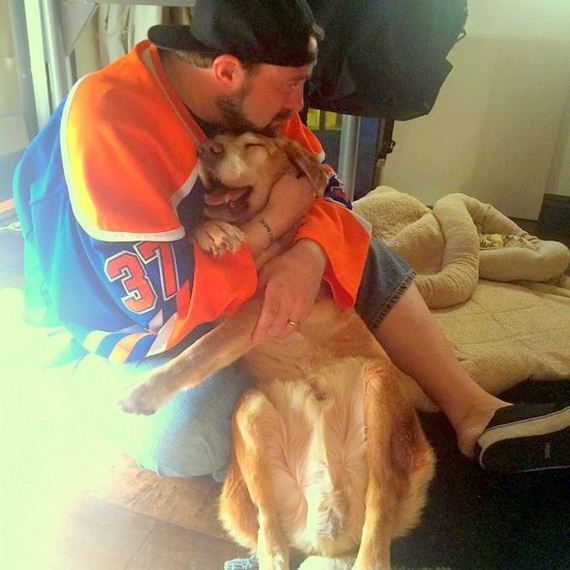 Director Kevin Smith, aka Silent Bob, is grieving the loss of his senior dog Mulder, who died just hours after a final photo was posted of him being lovingly held by his bereaved human.

On Wednesday morning, Smith shared the heartbreaking news of Mulder’s impending death on his social media pages. Mulder’s sister, Scully, died in 2012, and Smith’s family was devastated by their most recent loss. (Some adult language follows.)

Dark day in our household: our oldest dog Mulder is dying. As I’ve spent the last year carrying him around like Hodor, I’m not taking this terribly well. They never tell you when you get a dog, but there is a price to pay for being the recipient of 17 years of unconditional love, loyalty and companionship: they take a huge chunk of your heart with them when they go.

I’m reminded of a line from DOCTOR WHO, Series 2 – the “School Reunion” episode (which featured the return of Sara Jane Smith and the robot dog K-9, ironically enough): “You can spend the rest of your life with me… but I can’t spend the rest of my life with you.” And later, when Rose asks Sara Jane if she should go with the Doctor, Sara Jane responds “Some things are worth getting your heart broken for.” Mulder was beyond worth it. Fuck, this hurts… 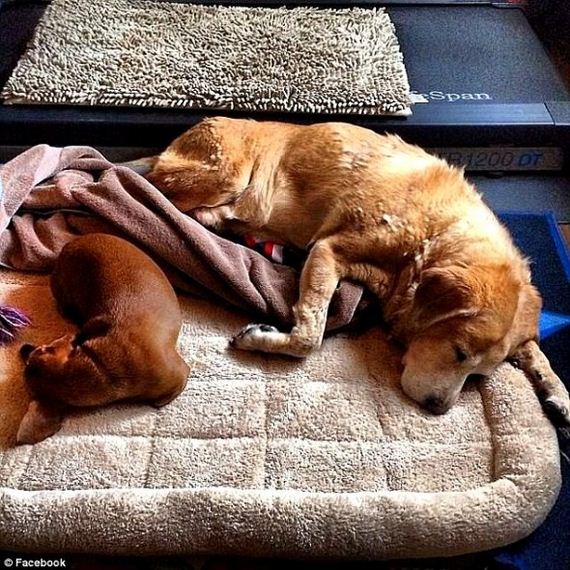 Some media outlets incorrectly reported that Mulder was already gone when the photo was taken, leading some quibblers to accuse Smith of posting the photo for attention, which wasn’t the case.

He explained that Mulder was still alive in the photo, and had to be held up because he was having difficulty breathing when lying on his sides or back.

“We didn’t take any pics of him after he was gone,” Smith responded in the midst of his grief.  “Not judging those who might do so, but for me, the last thing I was thinking about after my dog died was taking a picture of my dead dog.

“This wasn’t about look at ME – this was about look at HIM.  And based on the amount of likes and comments the posting drew, I don’t think the image came across to the intended audience as in poor taste.

“I was in pain and I just wanted to hear from people who knew that distinct pain of losing a dog.  And I’m glad I did, because I got to read some amazing stories people posted about the lives and deaths of their pets. It was therapeutic for me. We don’t really do wakes and funerals for our pets, so we usually miss that important step of the grieving process: grieving with others, sharing stories about the departed.”