It seems like every day I read stories about animal abuse. I’ll never understand how people can treat their pets so horribly as to just abandon them or even cause them physical pain.

However, I take great solace in knowing that for every terrible person out there, there are more kind, loving ones willing to take care of these animals — people like Bret Winingar and his son Zach, who rescued a dog locked in a crate, or the American Human Association, which rescues animals every day.

Fortunately, here in the United States, there are many laws on the books to prosecute anyone who abuses animals. But what happens if no one catches them — or if there’s no way to punish them?

In China, there are no such animal cruelty laws, and there’s a massive stray dog problem with too few people to adopt them.

Recently, a resident of Chongqing, China took photos of dogs enacting their own revenge on an animal abuser, and while you feel bad for the dogs, you can’t help but cheer them on… 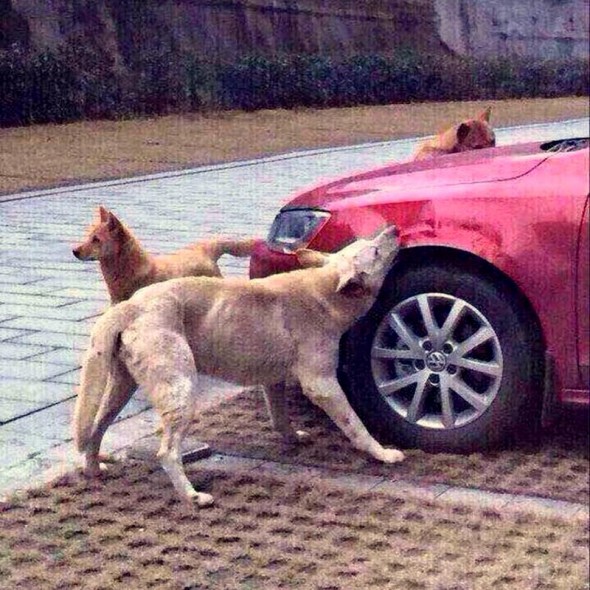 A street dog in China who was kicked by a nasty driver got his revenge by summoning a few of his friends to come with him to trash the man’s car.

The dog had been sleeping in the man’s parking spot, so he got out of his car and kicked him. The dog took off and the man parked in his space. 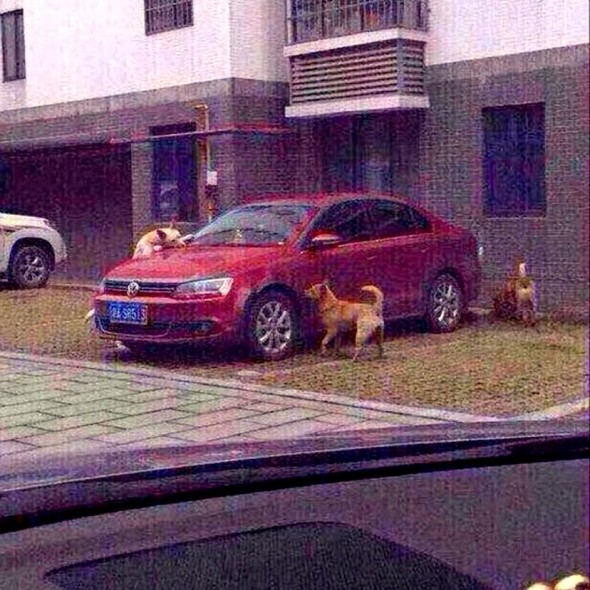 But that wasn’t the end of the dog. He returned a while later with some buddies, who had one thing on their minds: retaliation.

They happily scratched and chomped on windshield wipers and other parts of the car before skedaddling. A neighbor got photos of the incident and showed them to the mean man, who reportedly has not seen the dog since.