Neighborhood kids spotted an abandoned dog in the area and thought he was dead at first. They tried contacting rescue organizations, but they wouldn’t come get the dog without a big donation up front. That’s when Hope For Paws showed up, no questions asked. 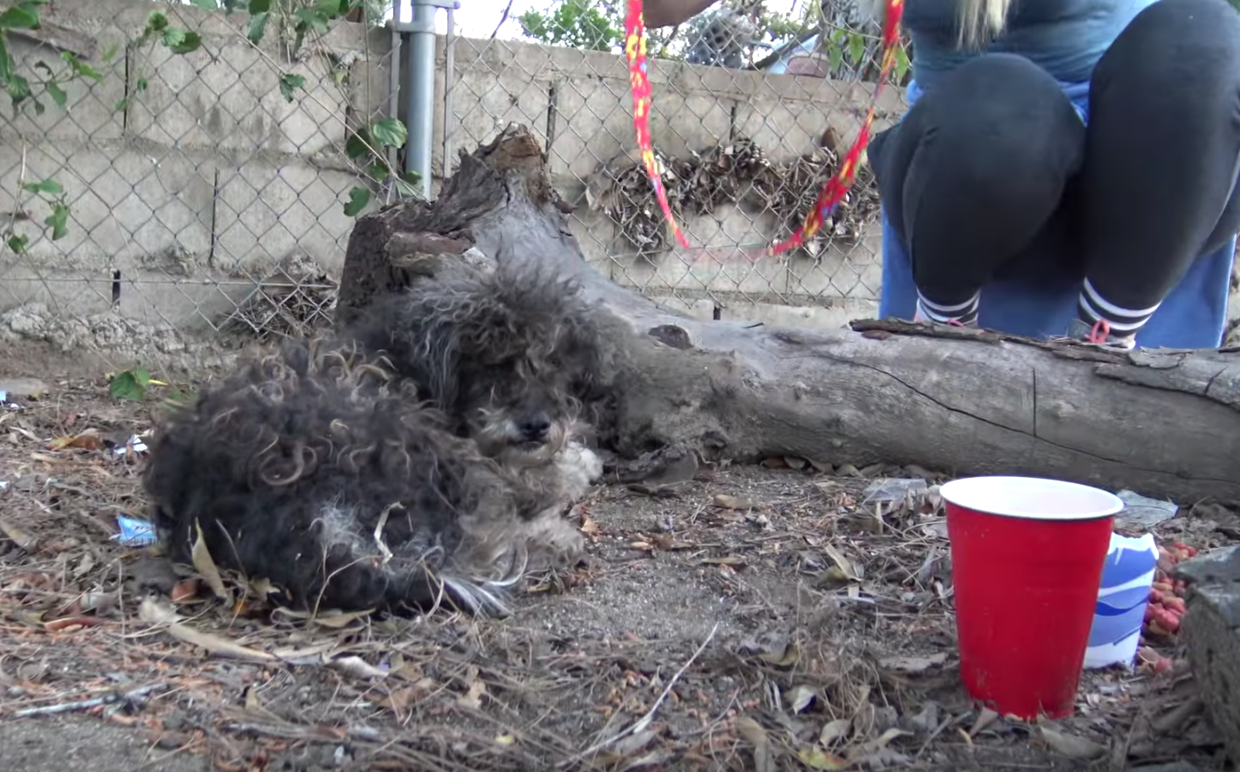 The kids waited for Hope For Paws to arrive, and the dog was just sitting there and keeping to himself. He allowed Loreta to get close enough to place the Lucky Leash around his neck, but then the dog had a mini freakout. A few seconds of anxiety would be worth the new life awaiting him. 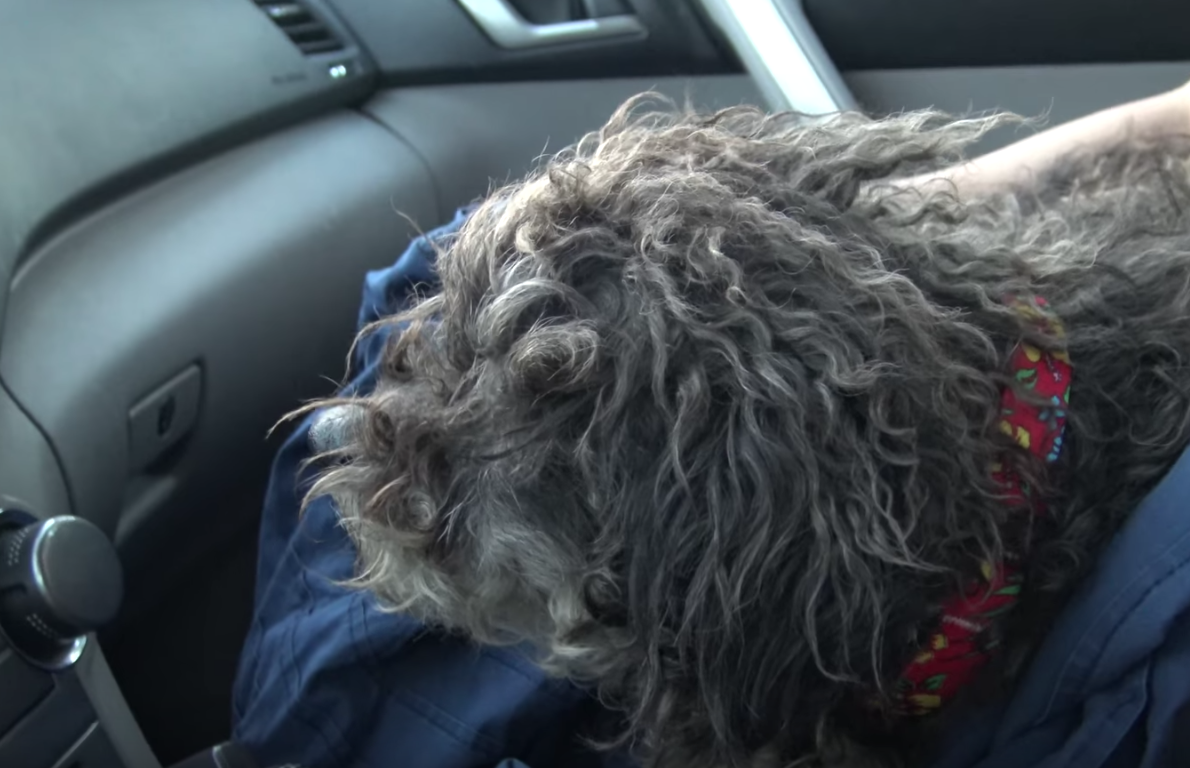 Nobu was scared but quickly realized they were there to help. Rescuers spent a few more minutes with the dog and kids before loading up and heading back to give Nobu a proper checkup. The dog patiently cooperated and allowed them to remove hundreds of ticks. 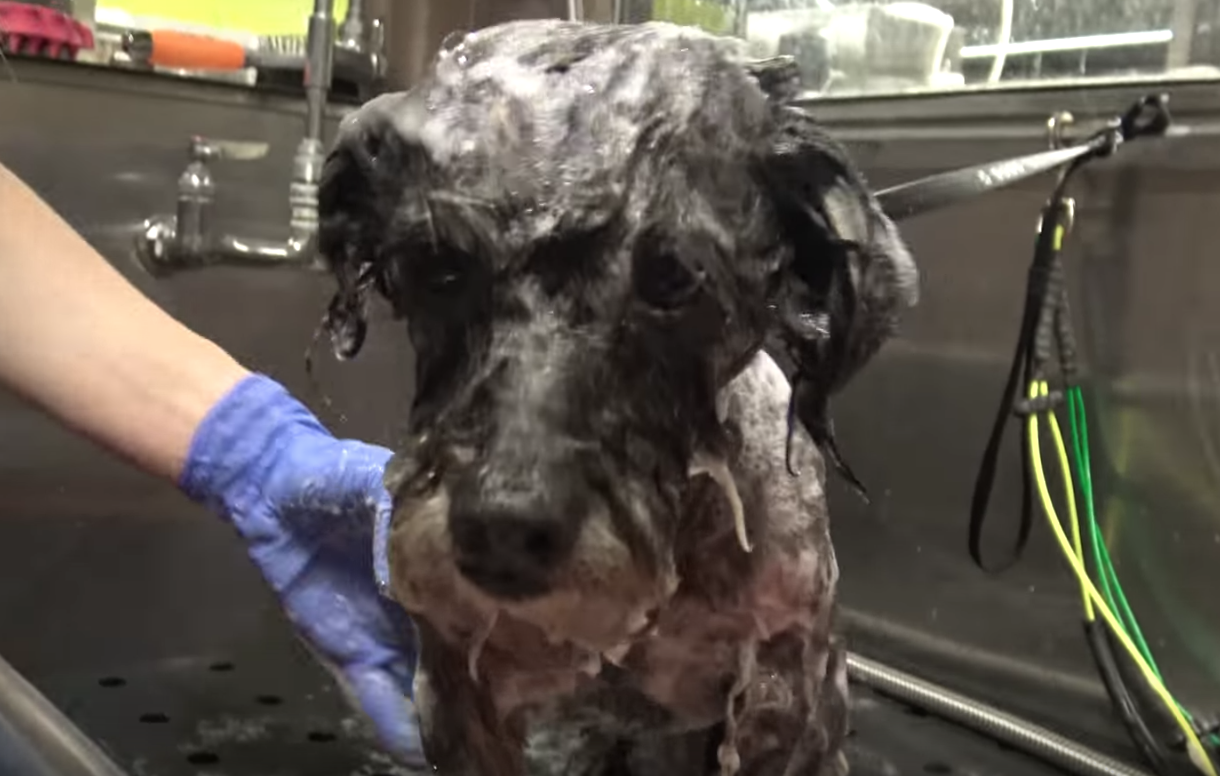 Nobu cleaned up nicely after a bath, and he would get a good night’s sleep that night. Two days later, the dog was making new friends and was just happy to be alive! 🙂 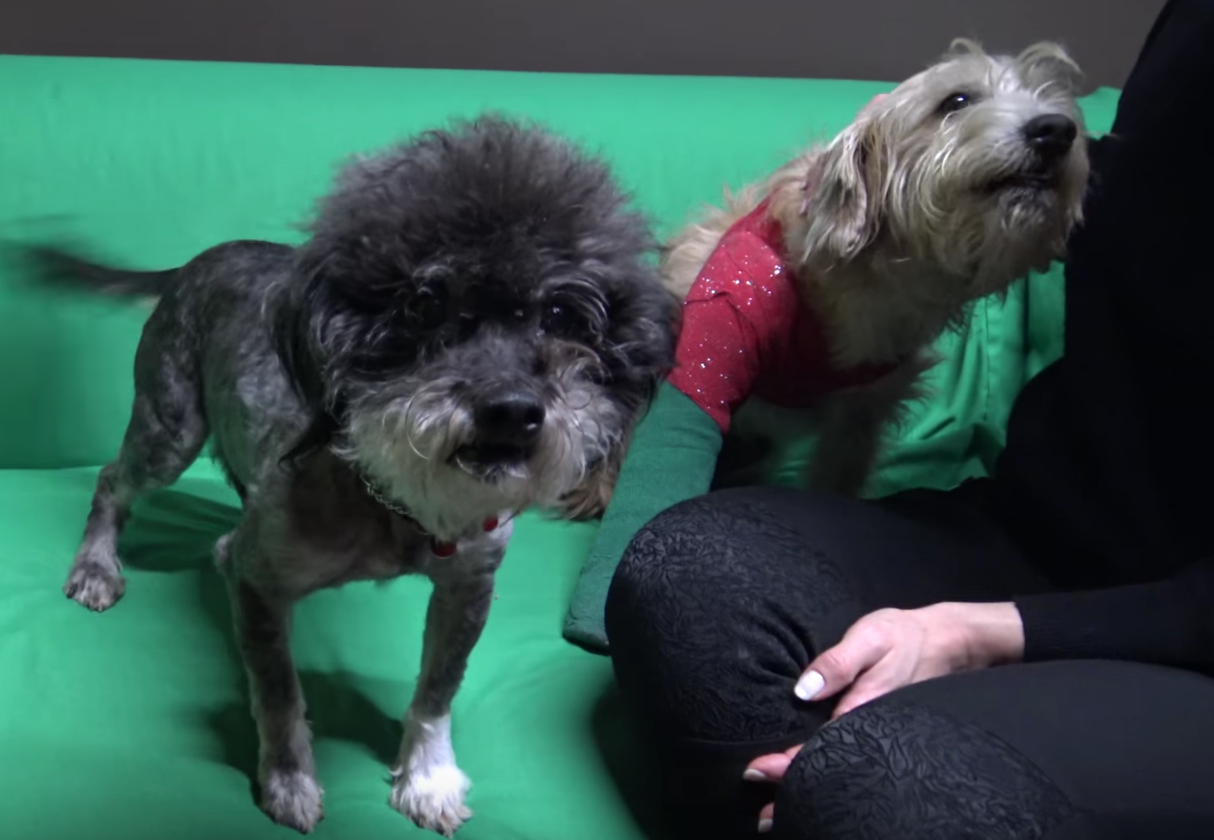 Smooch Pooch was able to find Nobu a loving forever home, and it’s amazing to see where he’s at today. But he wouldn’t be here without those nice kids calling for help.