How many of us say on a daily base that we want to pay it forward, do good deeds or help others? How many of us deliver on our wishful promises? Australian freelance journalist Jo Jarvis, might have not said out loud “today I’m going to help someone in need,” but when she unexpectedly met Jose and his dog Tiny on the streets of Brooklyn, that’s just what she ended up doing. Jarvis is caring for Tiny while Jose serves time in Rikers Island.

Jarvis wrote on News.com.au that she met Jose on the Lower East Side of Manhattan one afternoon. He had a dirty coat on and was holding the small dog. 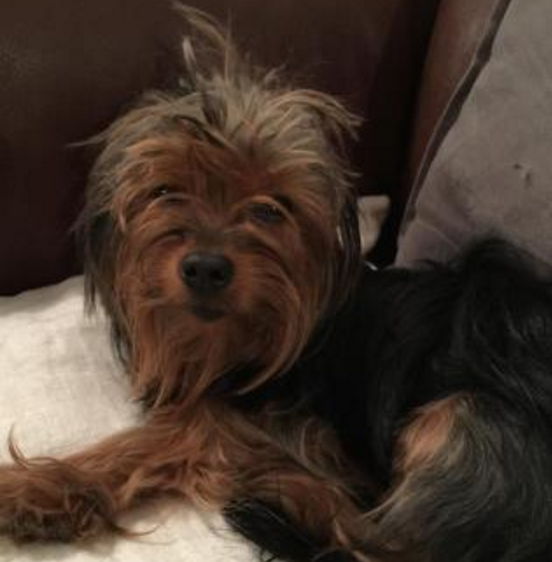 The two of them exchanged a few words and the woman learned Jose was about to go to jail and that’s why he could no longer care for the dog. At that moment Jarvis couldn’t accept the pet, nor did she think it was a good idea to give a future inmate money in exchange for a pet, however, the woman asked Jose to give her a call the following day if he did not find anyone to take the dog. The very next day, Jose and Tiny met with the journalist and finalized Tiny’s new living arrangements.

Jarvis doesn’t have the details on why Jose is serving time, when he will get out, or if he will even come back for his dog. All this woman knows is that the circumstances that led Tiny to lose her owner are unfortunate, and even though Jose could have easily abandoned the dog on the streets, he didn’t. He tried the best he could to get Tiny a new home, and the dog found a temporary one with Jarvis.

Tiny will be in great hands while Jose serves time, and even though Jose might have felt he lost the only friend he had, Jarvis assured him that once he is out, he can pick up Tiny and reunite with his pet. Jarvis never paid Jose the $100 he asked for, she is pet sitting at no cost.

How many of us would do the same thing for a man about to go to jail?