Shelia Green was driving in the carpool lane on Interstate 10 in California when she spotted a black and white kitten huddling against the median. She immediately exited and stopped to text for help. The kitten was only inches away from cars traveling 65 MPH or faster.

Green texted Hope For Paws, a local animal rescue organization, telling them about the abandoned cat. “Please help if you can. Thanks, I have no photo because I couldn’t stop on the fast track lane.” The rescue team calls Green for a more exact location. 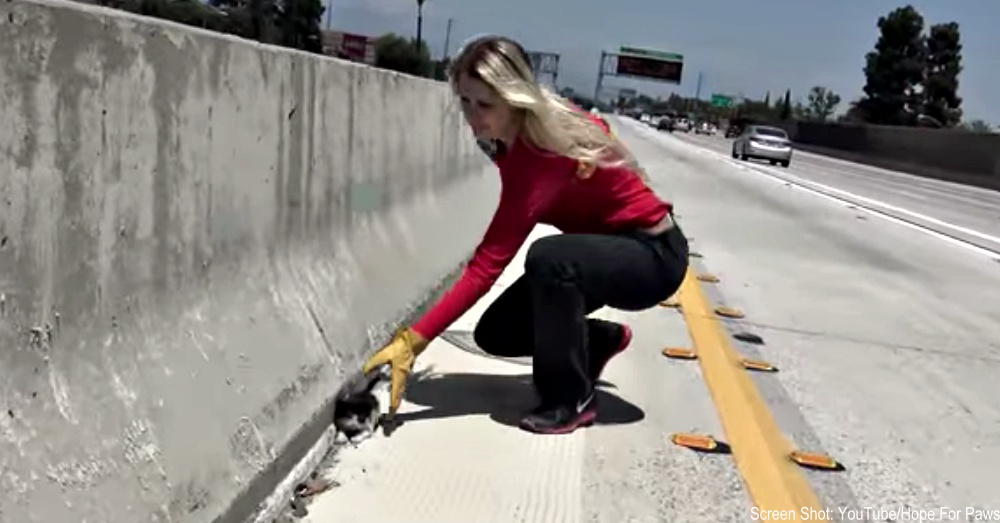 “Is that it? I think he is dead,” exclaims one of the rescuers as they pass by the tiny kitten. The rescue team zooms by the kitten the first time, but manages to exit and park their vehicle. It had been 45 minutes since the team received the text about the stranded kitten. The team cautiously stops traffic to cross and see if the kitten is still alive. Loretta Frankonyte, one of the rescuers, quickly grabs the kitten with her hand. Thankfully, he is still alive but frightened.

After stopping five lanes of traffic once more, the team and kitten head to safety. The rescue team just finished another rescue before being called to save this kitten. The team called Green back to let her know the kitten was safe. All the animals were brought to a vet to be examined. The adorable kitten was named Napoleon by his rescuers. 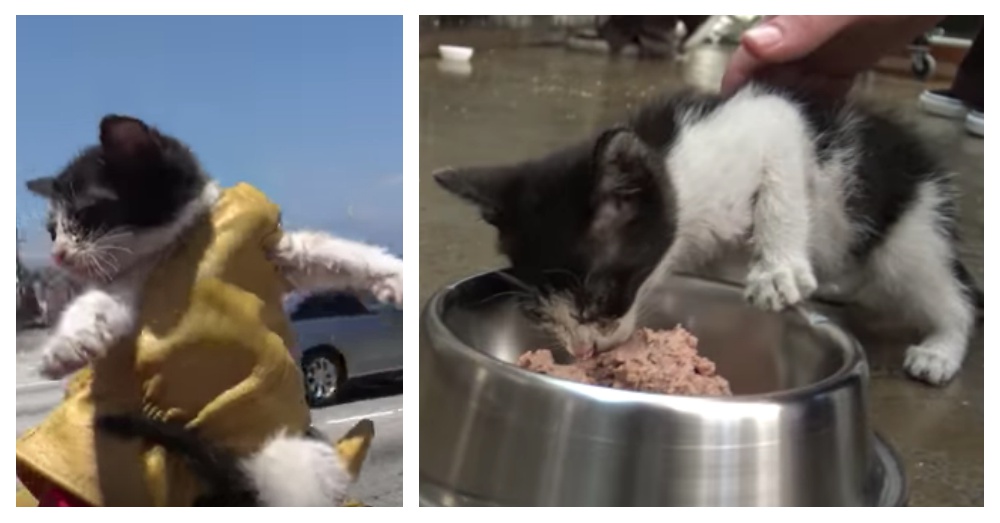 Napoleon was starving and quickly devoured some soft food, before being treated for fleas and an eye infection. His soft meow echoed in the wash tub as he received a bath to remove the fleas covering his body. After his bath, he was wrapped in a towel to keep warm. 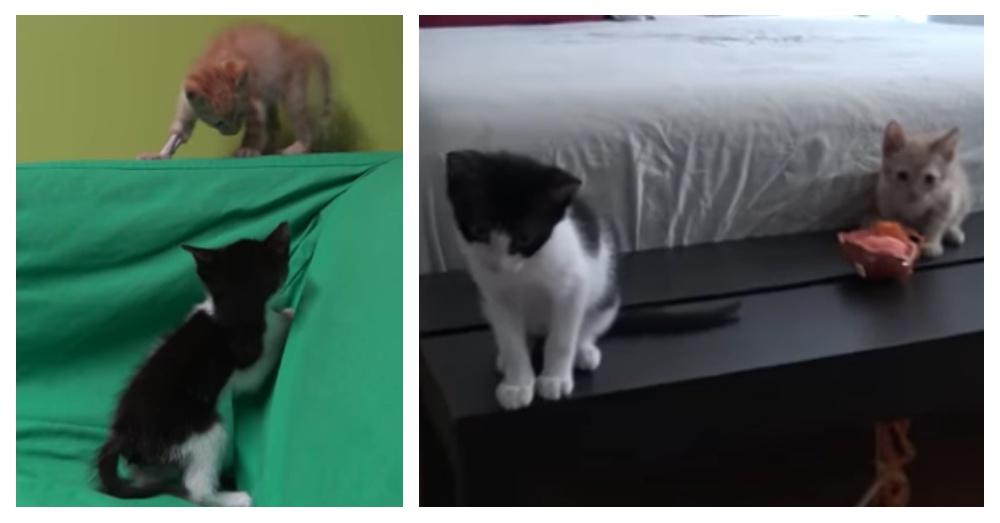 He quickly sprung back and started to play like a normal kitten. He met a new friend at the clinic named Cricket, another rescued cat, that he instantly became friends with. Thankfully, a couple arrived and adopted them together. They now run the house and entertain their parents with their playful antics.