When a 5-year-old dog named Toby started having seizures, a gray kitten volunteered to be his personal nurse.

In January of 2015, Toby was diagnosed with epilepsy. Around that time, the family adopted a little kitten named Jinx, and the two were friends from the start. 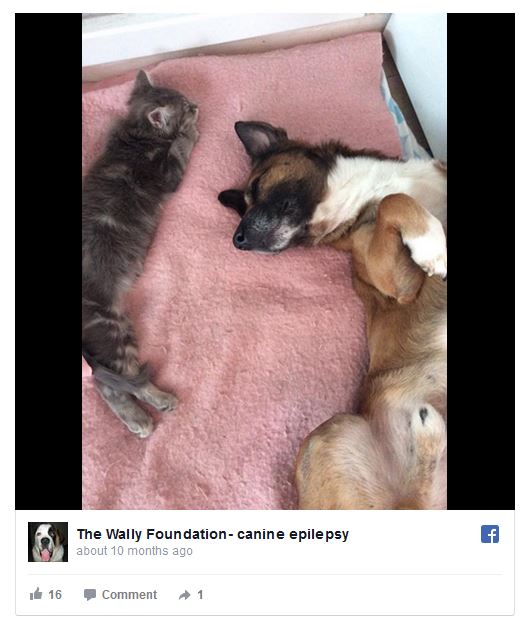 As their friendship grew, Emma noticed a bond that went far beyond that of playmates. They realized that the kitten could sense when Toby was about to have a seizure, and that he needed a helping paw even after it was through.

“He’s a great comfort to Toby, who suffers from epilepsy. Jinx will warn me if he senses a seizure coming on by rubbing his head with his. He gently grabs his face and washes his eyes. He will also comfort him after by guarding him while he sleeps and recovers,” Emma said in the Love Meow story.

Not only does the cat take care of her canine when he has an episode, these behaviors alert Emma and her husband so that they can keep Toby safe and help him recover as much as they can. 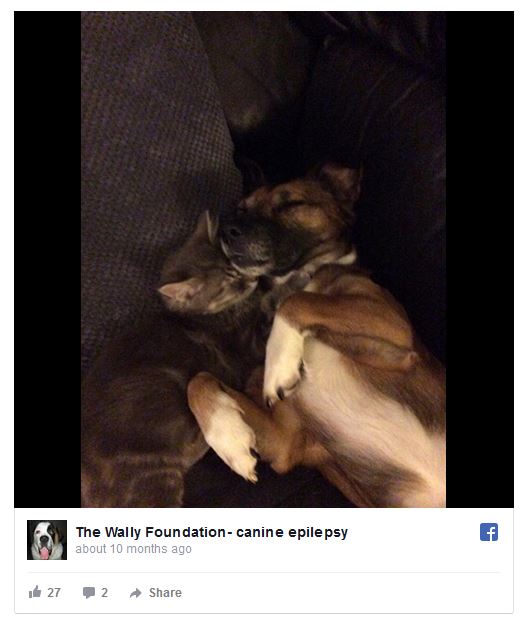 “I keep him cool as best I can and keep things calm around him, giving him as much reassurance as possible,” said Emma. “Being prepared by providing a safe area so he doesn’t hurt himself, also having his diazepam at hand to stop it if it becomes prolonged or very difficult for him to manage,” she added.

The best friends’ dedicated parents have even rearranged their schedules to make sure that their babies are always safe and sound. “I choose to sleep downstairs now, alongside all my babies. We take turns on staying in the house, so Toby is not alone at any time,” Emma explained. 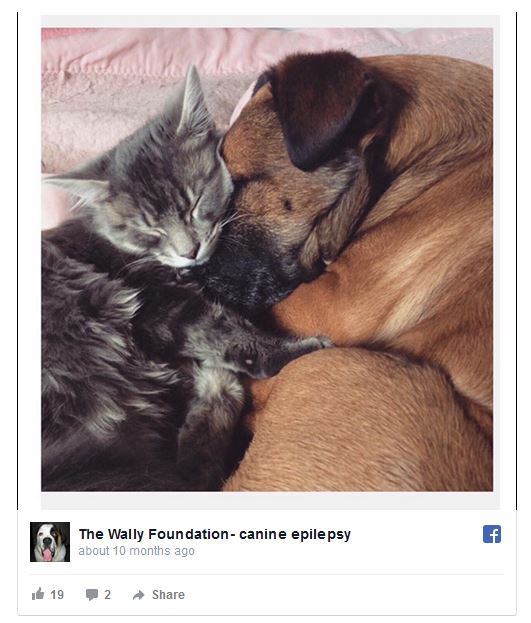 The two furry cuties have learned to depend on each other, and are so lucky to have such loving parents. If anyone still believes the myth that cats and dogs can’t get along, they sure haven’t met Toby and Jinx!

“Jinx acts as a great communicator, he plays a massive role on Toby’s health and wellbeing, and he does that all on his own,” said proud mama Emma.