Amira the street dog lives near Il Gattaro d’Aleppo (“The Cat Man of Aleppo”), a cat sanctuary in Syria. And the founder of the sanctuary, Mohammad Alaa Jaleel (AKA Alaa) has been caring for the dog even though he can’t allow her to live among the 80 cats for safety reasons. 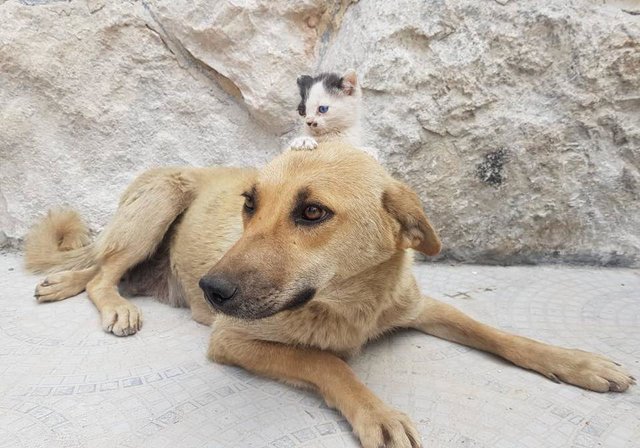 Amira was pregnant when discovered by Alaa, so he let her sleep in his room to give her a little comfort until it was time for her to give birth. And when Amira finally went into labor, the unthinkable happened: none of her puppies were born alive.

Alaa and the staff were shocked and saddened by the tragedy, and they gave Amira a teddy bear to cuddle with to help with her depression.

Much like Amira, a kitten named Junior was alone and living on the streets after losing her family when Alaa found and brought her to live at Il Gattaro d’Aleppo. 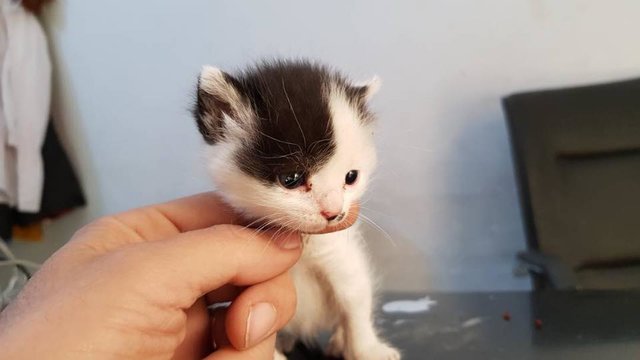 Junior made herself at home at the sanctuary and got to know the many cats who also call the place home. Then she caught sight of Amira where the dog hangs out near the entrance with her teddy bear. 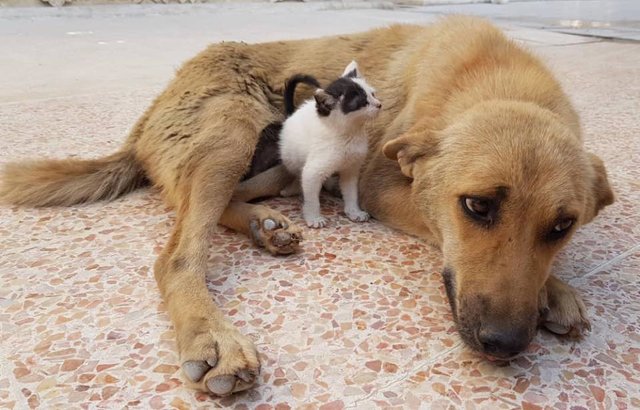 The kitten slowly approached when she took notice of the teddy bear. Junior just wanted to play. 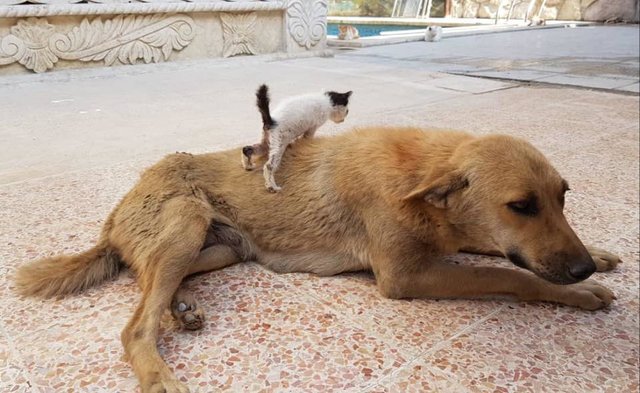 And Amira didn’t seem to mind. In fact, the dog let Junior crawl on top of her! 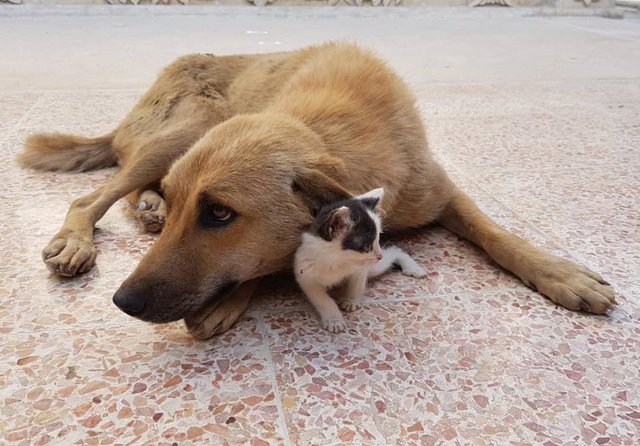 The two were found together by the staff as Junior was in the middle of riding on top of Amira! The dog even seemed to be smiling. 🙂 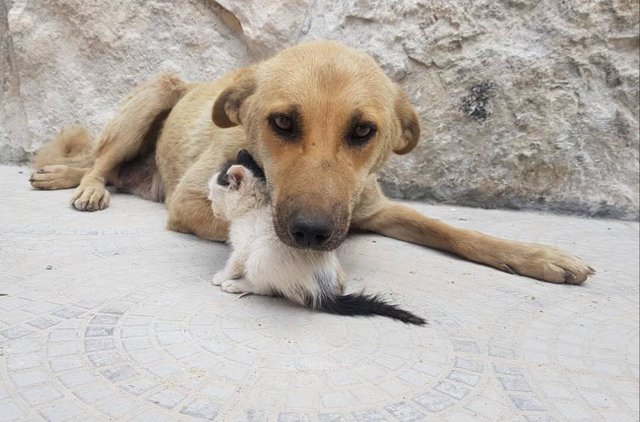 Amira visits the sanctuary several times per week, and Junior is always there to greet her. Junior has clearly convinced Amira to be her surrogate mother as they eat, nap, and play together all of the time. 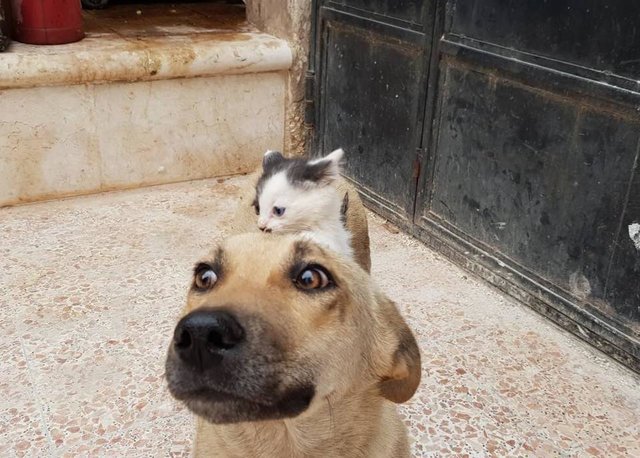 “We called her Amira, [which means] princess, because for us, she is a princess for her noble soul,” Abidin, Alaa’s friend who runs the private Facebook group for Il Gattaro d’Aleppo, told The Dodo.

What an amazing story where love once again transcends species and breaks all of the rules.