Hope For Paws received a call about an abandoned Labrador in the desert and set out immediately. They were told the dog kept crossing the highway in search of food, and the rescuers spotted her hiding at a tire repair shop. 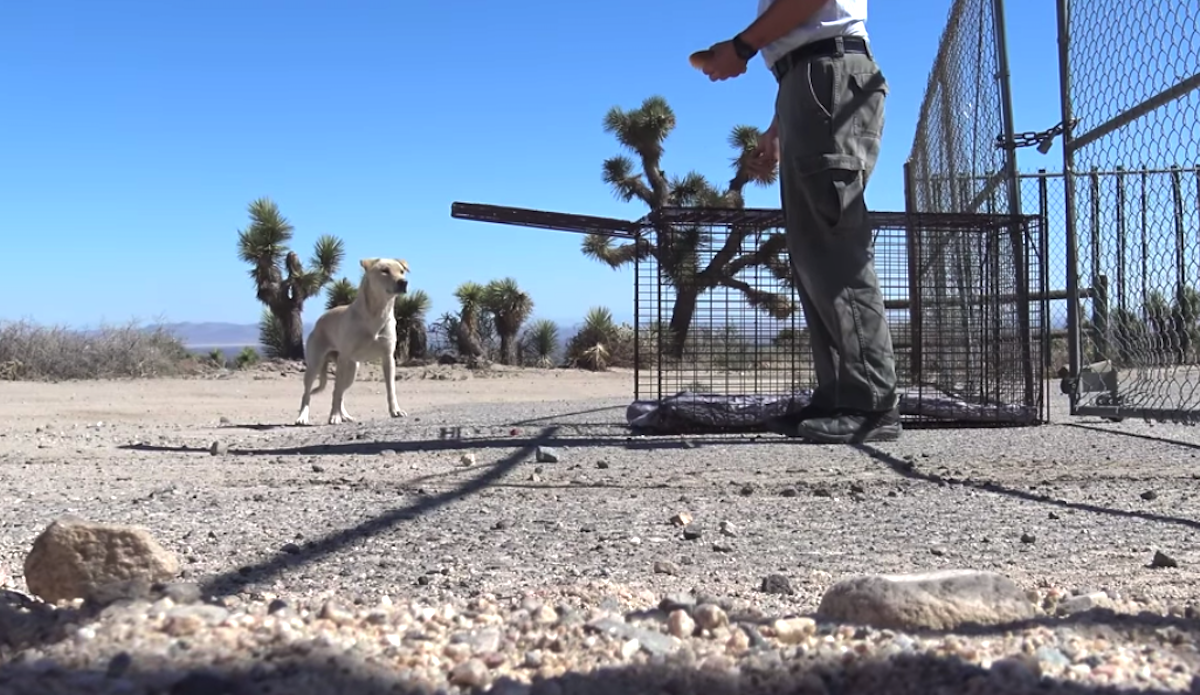 When they approached on the property, the alarm sounded. So they called the company to let them know what was going on. That’s when a concerned neighbor showed up to check on the shop, and he was happy to see that people were there to help the dog. 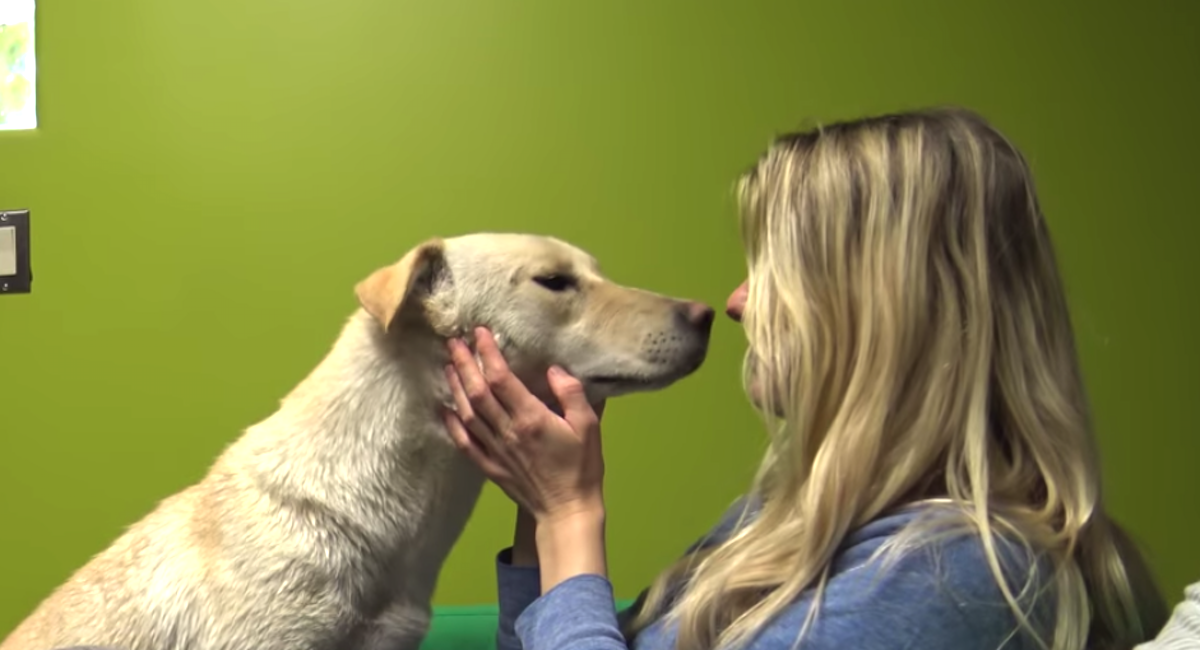 Having been in the desert with a limited supply of food, the dog was desperate enough to walk into their trap. But to make Kira less suspicious, rescuers had to drive about 30 yards away and allow her to investigate on her own.

It did the trick, and Kira was transported back to the facilities to get a nice warm bath. The dog received some medical care and was then off to SoCal Labrador Retriever Rescue for a foster home. But it wasn’t long before the sweet girl was adopted into a loving forever home! 🙂