One of the many dogs rescued from a dog fighting operation associated with Michael Vick’s BadNewz Kennels died late last week. Meryl was the last of the 22 dogs rescued in 2007 living at Best Friends Animal Sanctuary.

According to the Best Friends Animal Sanctuary, another Vicktory Dog named Cherry also died last week at the sanctuary where the dogs lived.

“On Thursday, we said goodbye to sweet, beautiful Meryl, the last Vicktory dog living at Best Friends Animal Sanctuary. She suffered a sudden and dramatic decline that put her in distress and discomfort. Her caregivers, along with our veterinary staff, reluctantly made that difficult decision.” 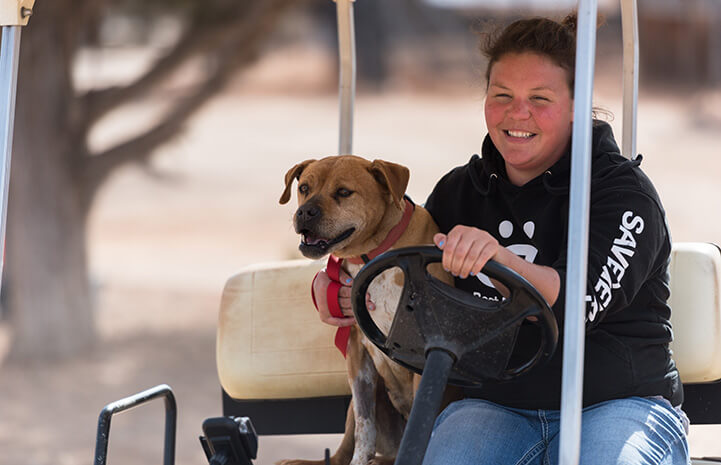 Meryl and another dog Lucas, the grand champion fighter for Vicks’ egregious business, were ordered by the courts to live their lives at the sanctuary because of their perceived unpredictable behavior with human strangers; dogs who were previously confined to concrete kennels with no socialization or kindness.

But a change was there:

“She transformed from frightened and distrusting to a Dogtown mainstay — Mama Meryl — a loving companion to her caregivers, a friend to volunteers and a security blanket for other dogs learning to trust.

Meryl’s complete turnaround is not only a testimony to the loving care that she received, but to her resilience and character — and that of all the Vicktory dogs. Their example literally changed the world for the canine survivors of dogfighting rings, along with the public’s perception of pit-bull-type dogs everywhere.”

And as we say goodbye to Meryl, we will never forget the 70 dogs rescued from Bad Newz Kennels; many of the dogs going on to become defenders of the pit bull breed.  Vick and three other men faced federal charges for dog fighting and served 18 months for the crimes. They were never convicted for animal cruelty.