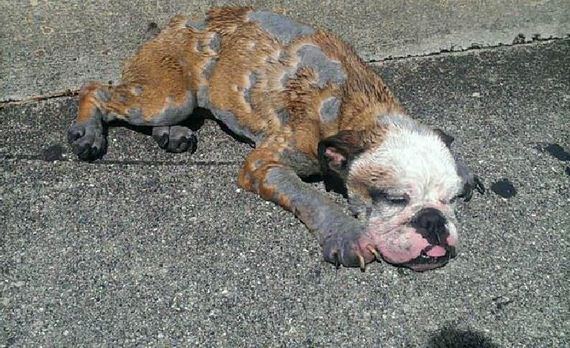 A Good Samaritan in Florida saw this English bulldog puppy lying by the side of the road in early September 2014. 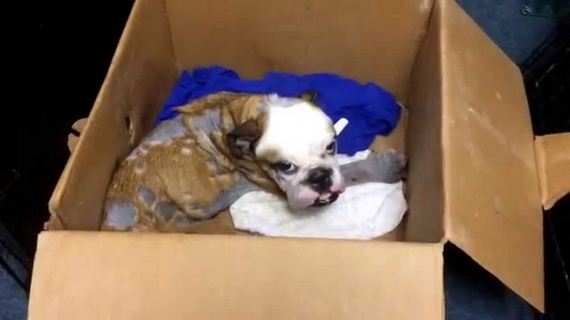 Rather than ignoring her or presuming her dead, he called Adopt-A-Bull Rescue and then actually delivered her to the rescue HIMSELF! 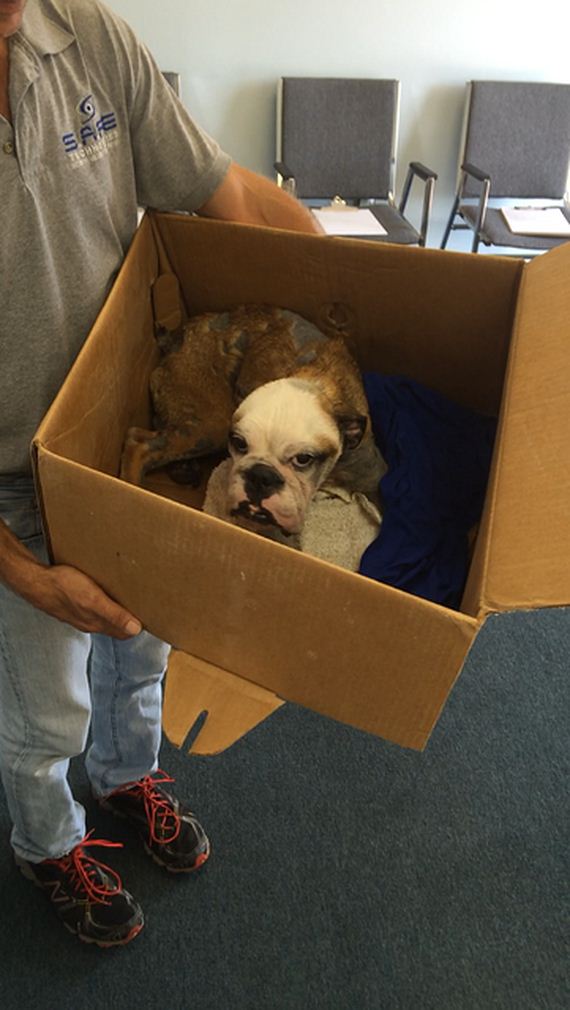 “Although rescue funds are incredibly low and we don’t have any open foster homes, since the situation was urgent we acted on faith and made an emergency decision to help, confident that our supporters (locally and on Facebook) would help us once we took her in,” the rescue said at the time. 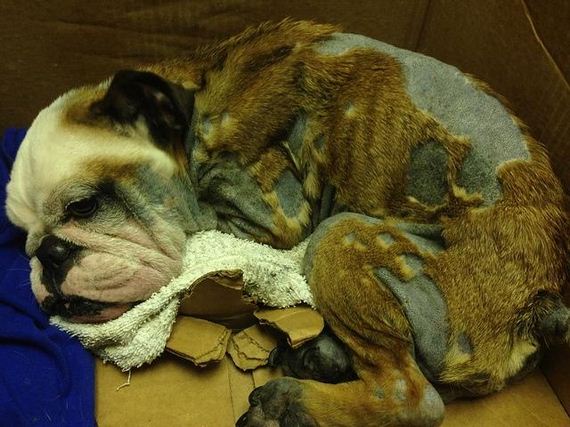 The rescue took the 15 month old puppy – who only weighed 18 pounds! – to the vet. “Besides the obvious malnutrition issues, she [was] anemic and her electrolytes and blood counts [were] all over the place,” they explained. What started out at a simply case of demodex mange has almost killed her.

Even worse, they found out that the owner of the pup, whom the rescue named Princess, had bought her at a pet store and then returned her after a short time when they found out she had mange. They didn’t want to deal with a “sick puppy.” More digging revealed the “pet store” was actually owned by a woman who operated a puppy mill, both of which are still in operation in Miami, Florida. “Princess did not have a single tick or even a flea on her which leads us to believe that she has not been on the streets for very long, if at all,” the rescue stated. “We have strong suspicions that whoever has been harboring Princess has let her purposefully deteriorate to this condition before dumping her.”

Lucky for Princess, all of her medical conditions were easily treated, and within just a few weeks she started to show improvement… 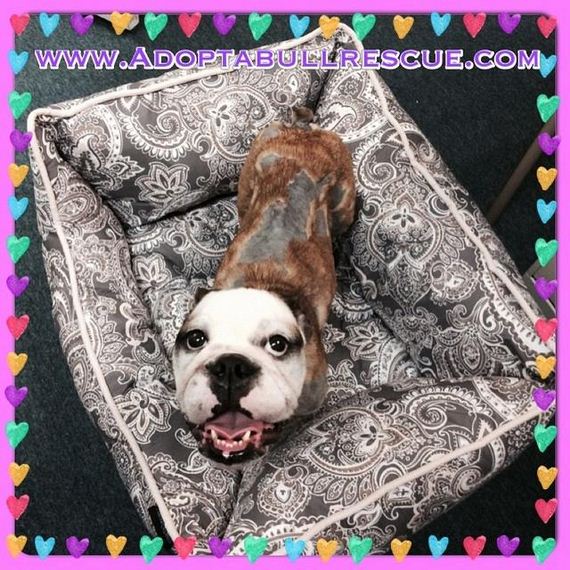 After improving at the vet, Princess went to her foster home, where she quickly bonded with her “step-bro Cliffy” and her weight and skin continued to improve.

Now, 5 months later, Princess is 19 pounds and her coat has almost completely come back! 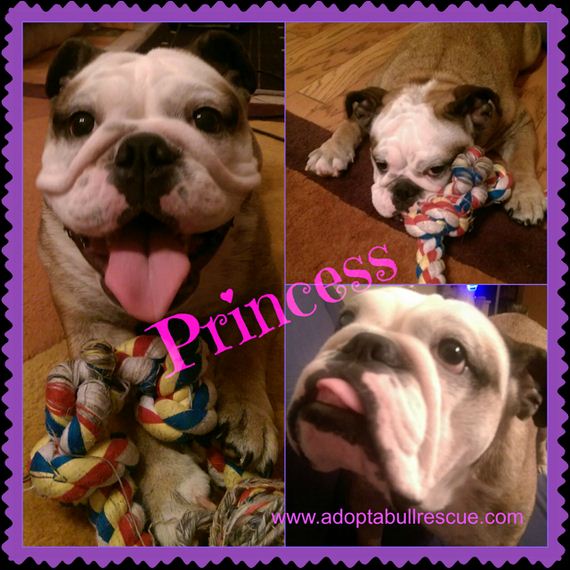 In addition, an official case has been opened against the pet store owner and breeder, thanks to Adopt-A-Bull, Animal Service and the court. Hopefully they can prevent this from happening to any more dogs.