The yearbook at North Summit High School in Coalville, Utah this year is a very special edition.  The school has decided to honor a student’s service with her very own picture, featured right next to her human.  After all, Katie has been helping Hailee get through every day of school for the past two years, and everyone knows just how important Kati is. 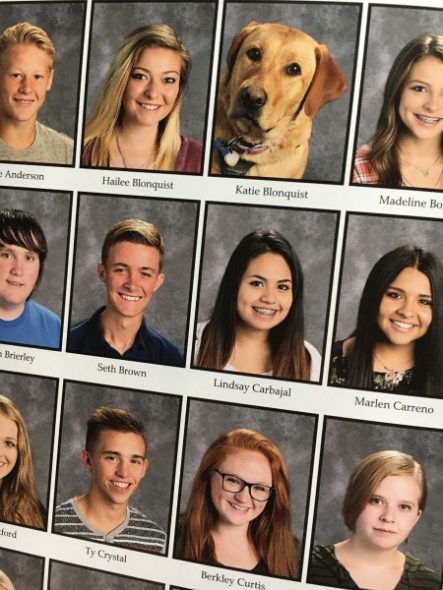 “I thought they might stick a picture of her somewhere in the yearbook, but to see her right next to me as ‘Katie Blonquist’ was pretty cool,” said Hailee in an interview with PEOPLE.  “Everyone loves Katie. She’s always been by my side.”

Hailee was first diagnosed with type-1 diabetes back in December of 2014.  She kept winding up in the emergency room following a very dangerous drop or elevation of her blood sugar.  Hailee’s mom, Destinie Blonquist, said that in the begging, things were very difficult for Hailee. 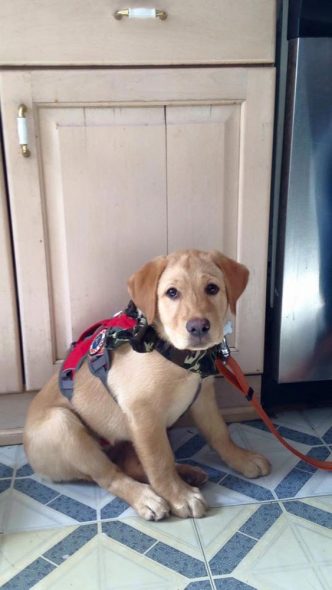 “For the first year after she was diagnosed, it was a rough go.  She would have everything from seizures to passing out for 20 minutes to more than two hours.  It was a scary time.”

After hearing about Hailee’s medical situation, a family friend told them an organization called Tattletale Scent Dogs in Salt Lake City.  They work with families when a diabetic alert dog is required.  Destinie was a bit apprehensive at first, wondering if this was a real thing.  Ultimately, Hailee was given a puppy to see how it would work out.

“Incredibly, since we received Katie, Hailee hasn’t had any more scary episodes,” said Destinie.  “She lets Hailee know when she needs to check her blood sugar, and she’s enabled her to maintain her numbers evenly.  She’s given us all peace of mind.  She’s part of the family.” 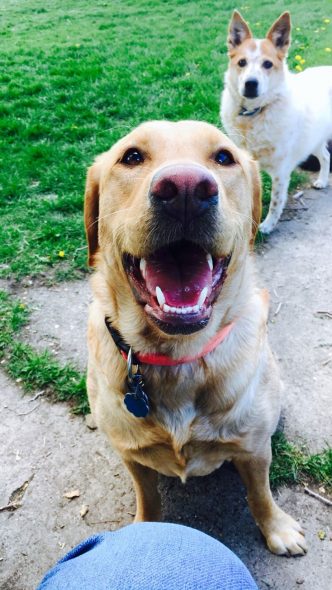 Katie is a very well-trained dog.  As soon as she senses a drop in Hailee’s blood sugar, she will go and get her something to help her get it back up to a safer level.  She can also either alert Hailee or someone else that there’s trouble, by putting her paw on their left hand.

“I would say she’s probably saved my life six or seven times,” said Hailee.  “When Katie started going to high school with me, she immediately became everybody’s friend.  She sprawls on the floor under my chair during class and goes to lunch with me in the cafeteria, and sometimes, I share my French fries with her.  They’re her favorite treat.”