On November 10th, TAF told you about a poor dog that was forced to walk 3 miles, behind a bike, to an open access shelter by his owner. His owner was giving him up because Clyde lived in his basement and he now wanted to use the basement for something else. 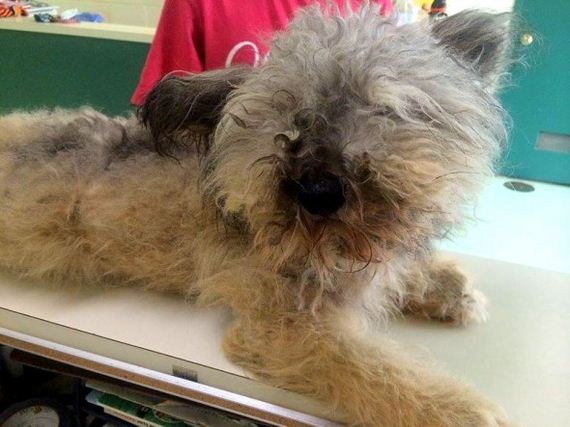 Since Clyde’s fur was so matted, he could no longer see and it was as though he had an armored shell over his body. We can’t even imagine what it must have felt like walking so far without being able to see. 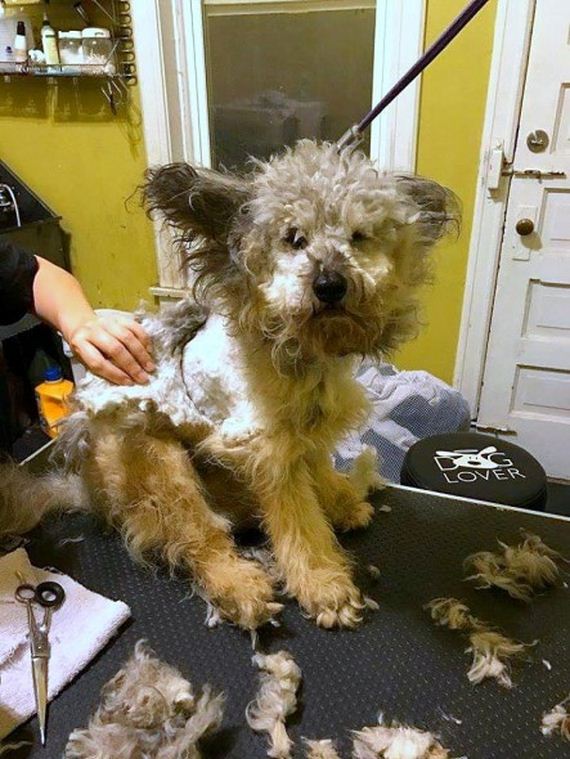 When we picked Clyde up from the open access shelter, he reeked of rodent urine. The basement that he was locked away in must have been infested with either mice or rats. 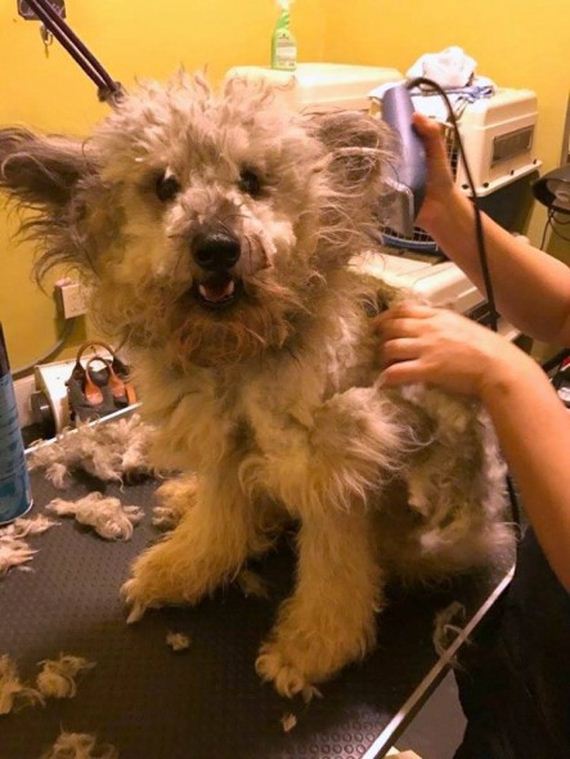 Once in our care, Clyde was brought to the ER Vet for medical treatment and later to receive an emergency grooming that lasted 3.5 hours. Crazy as it sounds, after all of this, the matted fur that encased Clyde’s legs and tail were unable to be removed. He would need to go back to the vet to finally have the last fur that bound him cut away. 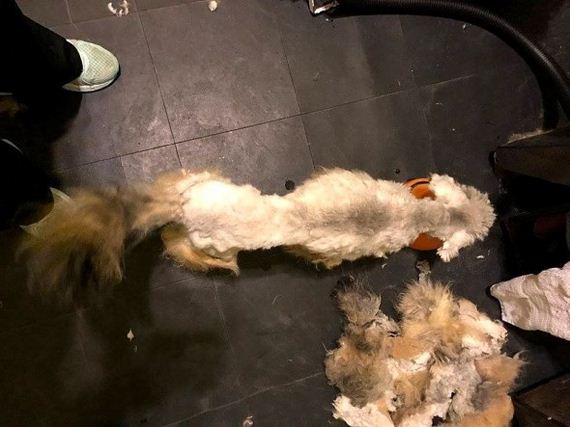 Well, after weeks of rehabilitation in TAF’s care, we are so happy to announce that Clyde has found his forever home! 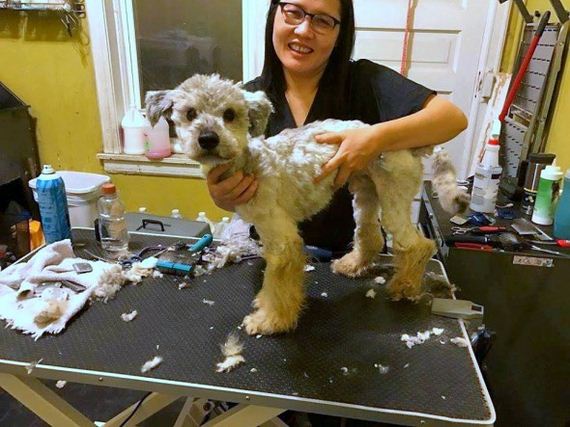 Clyde was all smiles when he got to meet Hazel Grace. He ran around the room like a crazy man! 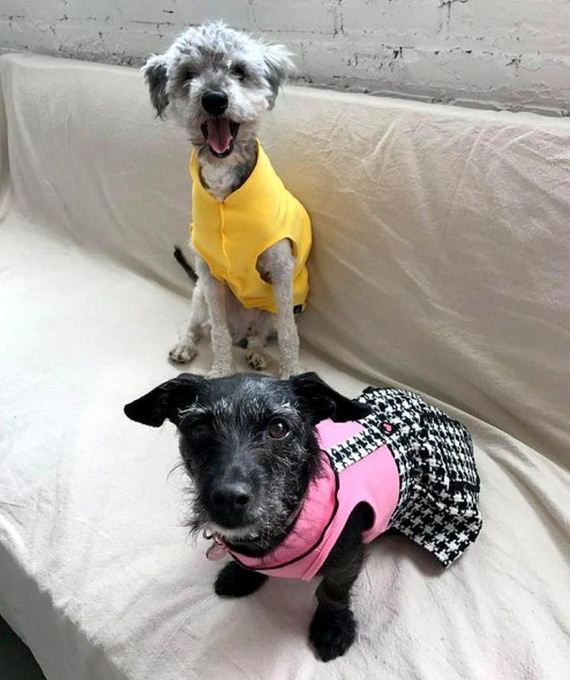 It appears that Clyde got a perm when we weren’t looking…  Clyde played outside with TAF’s therapy dog Quizz today as it was just too chilly for Hazel Grace. Quizz lives for this cold weather and was ready to play with is new buddy. These two both have seriously kissable faces! 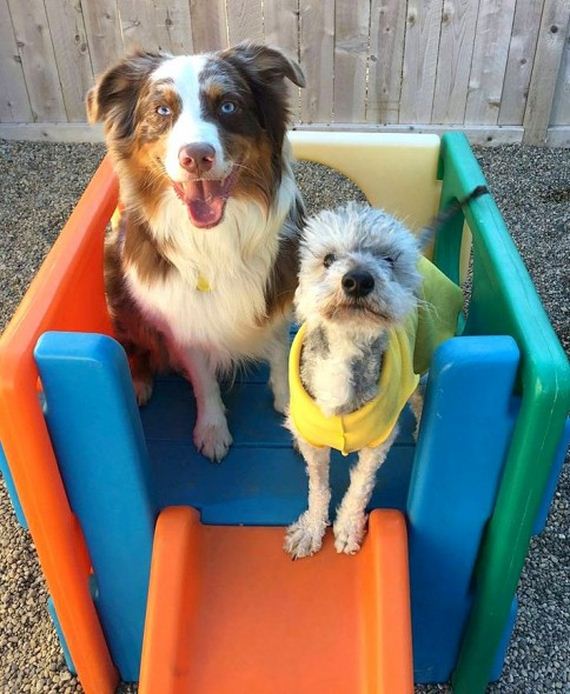 After years of following the adoptable dogs on TAF’s facebook page, Clyde’s new mom couldn’t help but notice the signs that he might be meant for her. You see, on this past November 16th, TAF posted that we thought that our Miller, who we found a year to the day after the passing of our namesake Trio, had been sent to us by Trio. 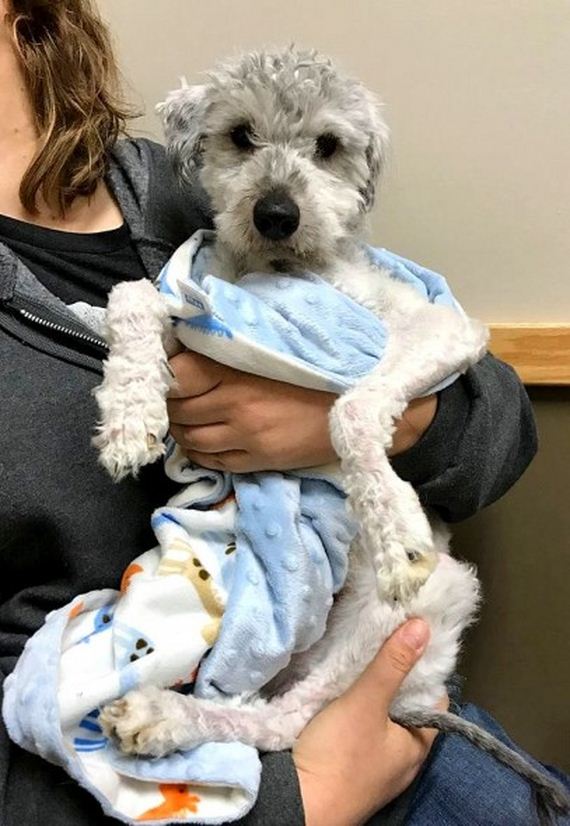 It was then that Clyde’s mom realized that this date was also the anniversary of her father’s passing. The next sign was the sweetest… before his passing, her mother’s loving nickname for her dad was Clyde. Perhaps this was his way of letting Clyde’s mom know that he is still watching over her. So much love just never goes away. 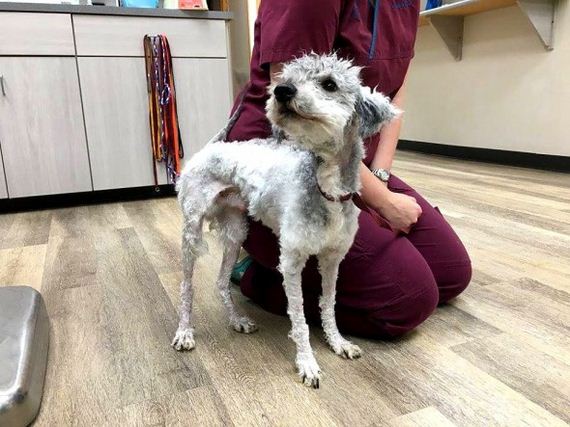 TAF would like to thank everybody that donated towards Clyde’s medical care and to Kay, from Zulu Dog & Cat Boutique, who donated her time and dropped everything to groom Clyde. We honestly could not have done it without you! 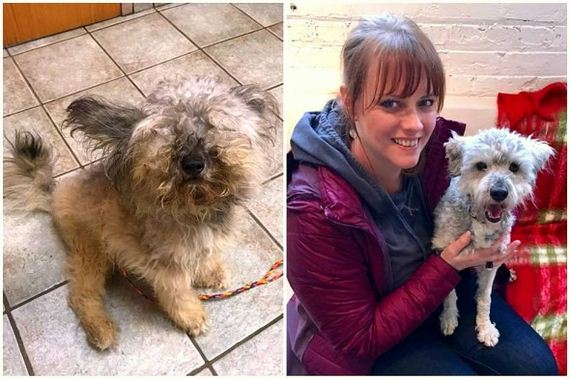