Sometimes the right dog comes together with the right owner and some may call it luck while others call it fate. That’s exactly what happened when Jackson, Michigan resident Brandon Boyers walked into an animal shelter recently. Brandon went to the Jackson County Animal Shelter to look at two chickens he considered adopting, but fate had other plans. 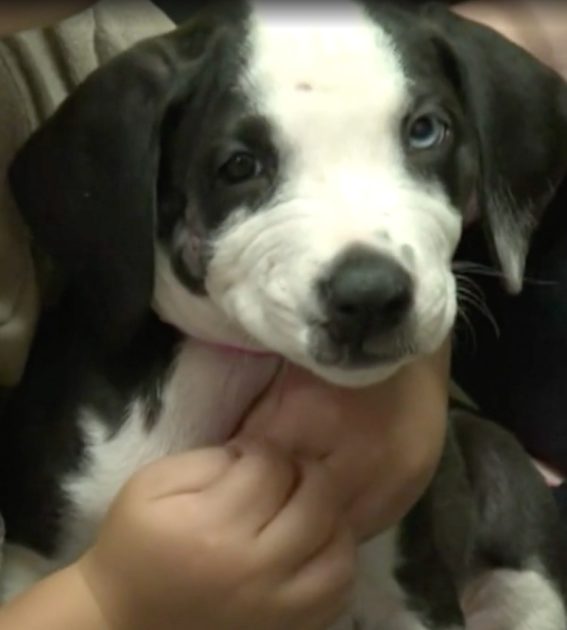 While walking around the shelter, Brandon saw a puppy with a cleft lip. According to Veterinary Partner, a cleft lip is a defect where part of the dog’s lip is misshapen or missing. Sometimes one or two nostrils may seem to connect directly to the mouth. When Boyers saw the puppy with the cleft lip, he could not believe his eyes. He immediately Facetimed his wife, Ashley, to tell her about the adorable pup. 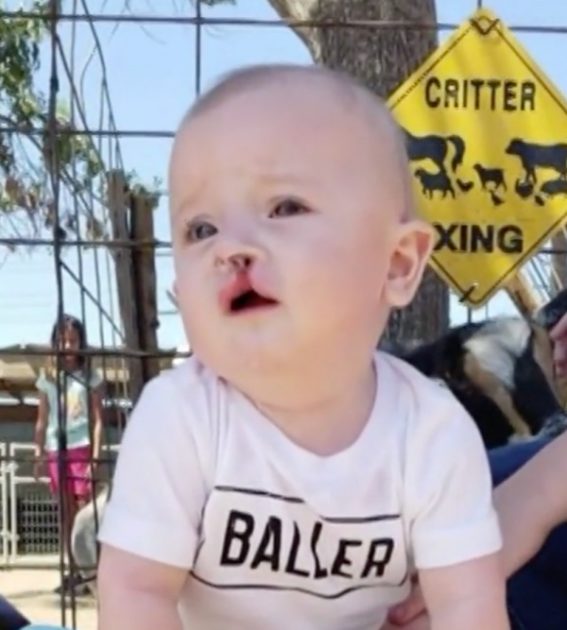 The Boyers couple felt a deep connection to the puppy because their son, Bentley, was born with a cleft lip and had issues in the first months of his life. Ashley says her son was a happy baby but he had issues with eating at first. They had to sit little Bentley up to feed him. She would hold his lip together so he could eat food.

Immediately, Ashley told her husband they need the puppy and to adopt him. After filling out the paperwork and being approved, the family recently went to the shelter to bring the pup home. According to the shelter, they rarely see puppies with a cleft palate or lip, so this was truly a case of the right person coming in at the right time. 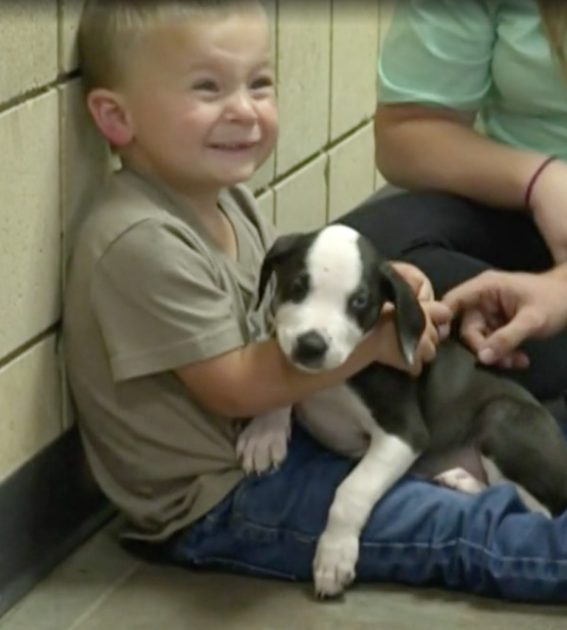 “To see him have something in common with a puppy means a lot ’cause he can grow up and understand that he and his puppy both have something that they can share in common,” Ashley said.

We wish the family all the best with their beautiful son and his new gorgeous puppy.

For more about this pet adoption, press play on the video below.