A woman and her husband were driving by when they saw a little dog on the side of the road who was barking like crazy. It were as if he were trying to get someone’s attention. And there, right beside him, was a whitetail deer with its foot tangled in a barbed wire fence. 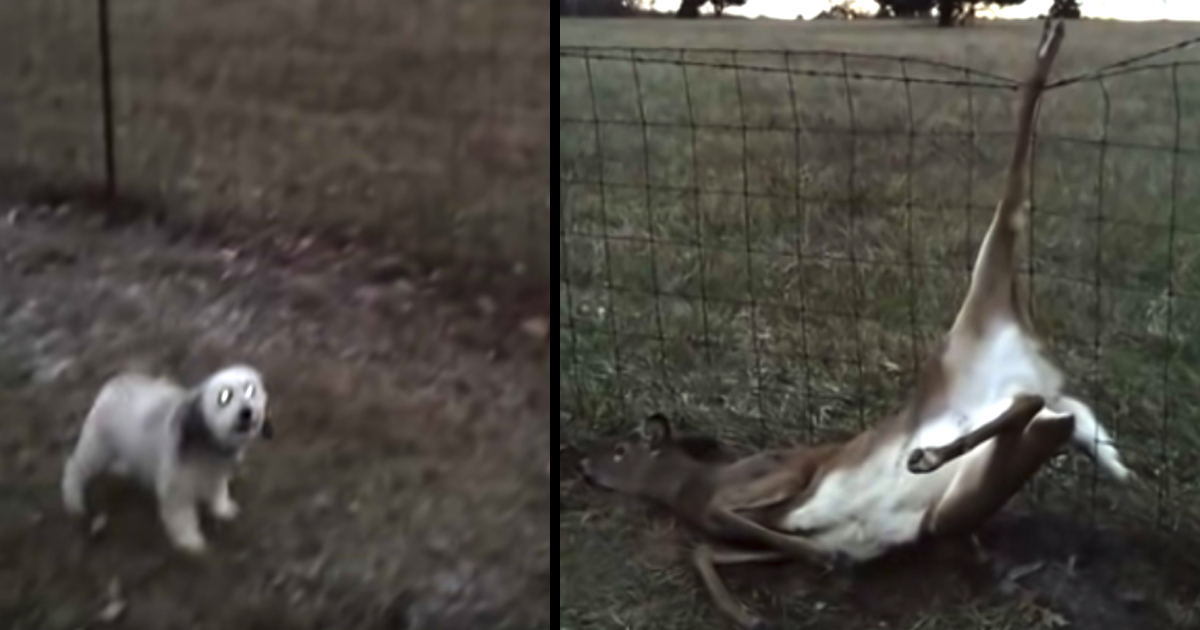 It was the saddest sight. The dog had already alerted its owners to the situation, but they were unable to help the doe. Thankfully, the pup found some people who had an idea to set the deer free. The man went and knocked on a neighbor’s door to ask for some tin snips to cut around the deer’s foot. After that, the doe was up and running!