A sweet video of a little girl cuddling with her Pit bull and best friend has gone viral after it was revealed the dog is comforting her after an earthquake.

Adalynn’s father, Kyle Leary, shared that his daughter was having trouble sleeping after an earthquake hit Alaska in November 2018. Their home was badly shaken by the quake, leaving splits in their garage ceiling along with other repairs. The quake and the many aftershocks also scared their daughter. 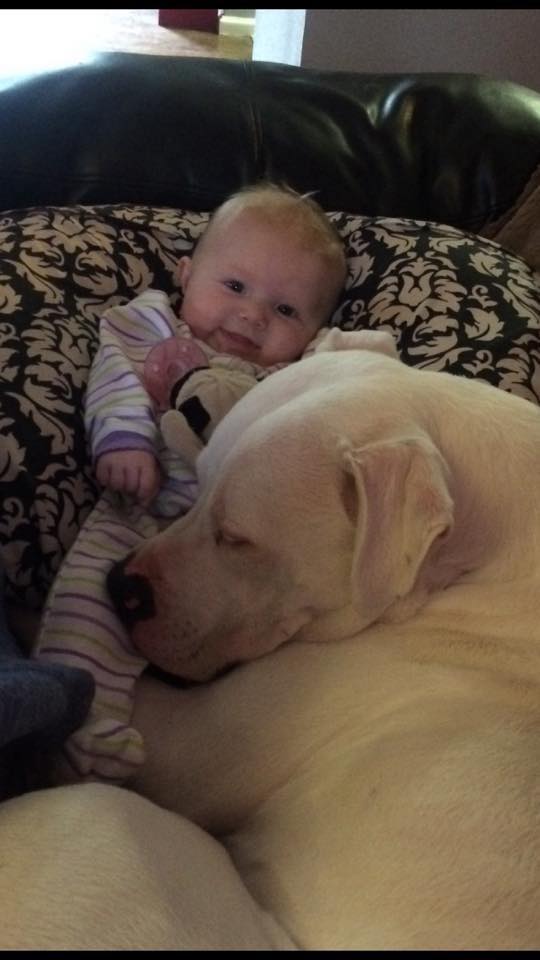 That’s where her 100-pound “best friend and bodyguard for life” named Fury comes in.

“We live in Alaska and recently got hit hard by a 7.0 earthquake and we’ve had over 5,000 aftershocks. Since then Ady has been having severe anxiety and trouble sleeping. The only way she’ll sleep is if Fury is in there with her to protect and ease her anxiety.”

“Normally he sleeps on the floor next to her bed but that night she called him up to cuddle him cause we had another aftershock.”

The baby cam caught the tender moment of Ady inviting Fury to cuddle with her. She makes sure that Fury is comfortable too and tucks him under the sheets so they both can get a good night sleep.

Leary also wanted people to know that Fury is the sweetest companion to his daughter, writing: “If you raise them with love, they only show love.” 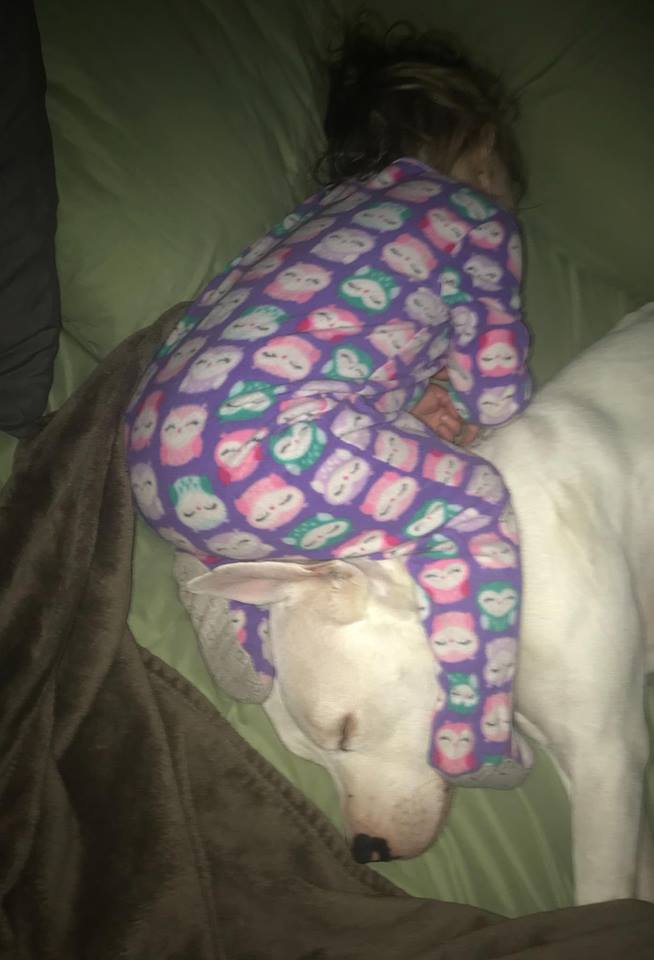