Once they’re adopted out of the shelter, many rescue dogs spend the rest of their lives in their new forever homes. Unfortunately, not every rescued pet is so lucky. Even the best intentioned-families — and by extension, their rescued animals – can fall victim to unforeseen circumstances.

This is unfortunately what happened to a Boxer-Brindle mix named Rhino Lighting. At first, his new family, which included four small children, seemed like a perfect match. After a few months, however, Rhino’s new parents started to worry that the dog’s large size and rambunctious play could endanger the smaller kids. 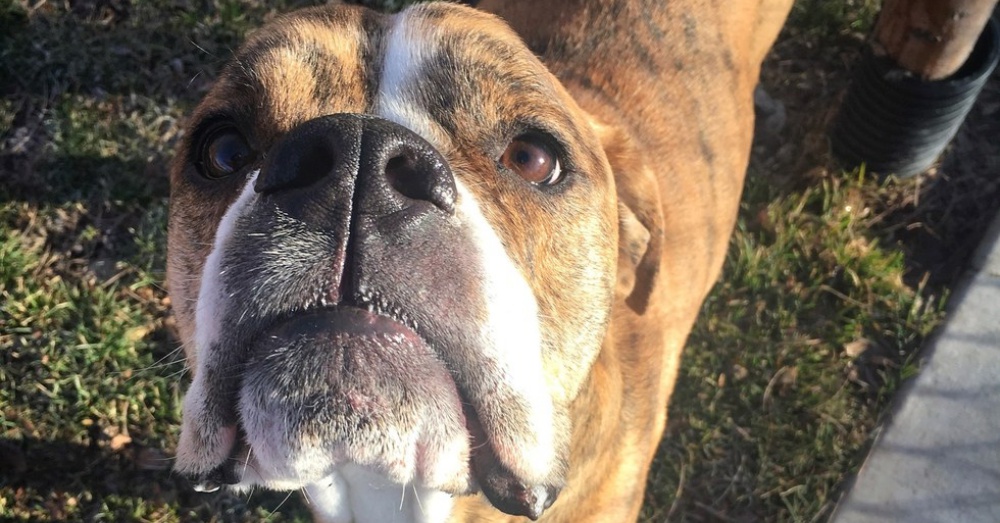 After a few months, Rhino Lightning once again found himself back at the shelter, though this wasn’t a decision the parents made lightly. Nor did the children take this sad turn of developments very well, especially the family’s youngest daughter. The girl filled a small notebook with missives about her sweet pet, then insisted her parents deliver it back to the shelter along with the dog. 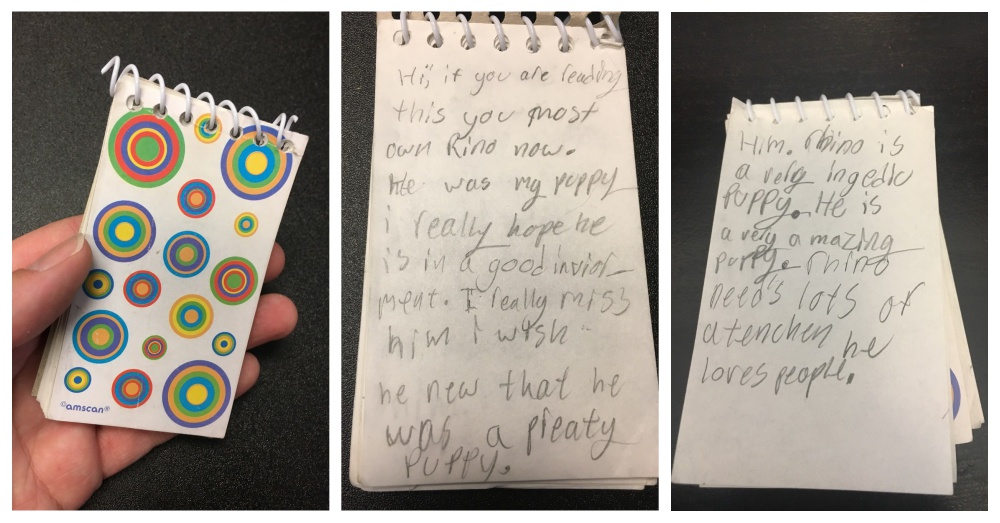 The notes informs the shelter, and the dog’s future family, how much she misses Rhino Lightning, then offers some information they will surely find useful. For instance, his future rescuer’s should know what a pretty puppy he was, and also that this dog is very, very smart. Finally, she includes very specific instructions regarding his care. 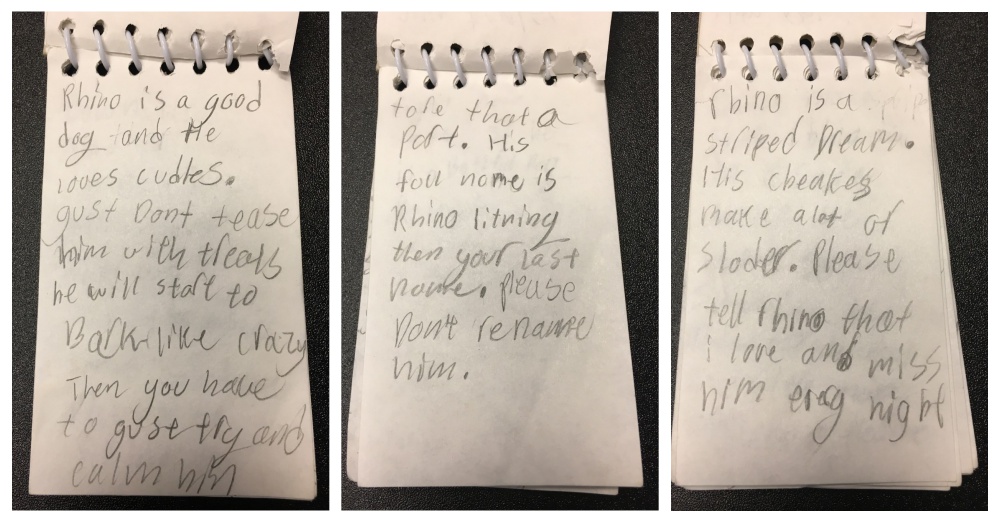 The best part is when she demands Rhino Lightning’s future family keeps his rather unique moniker. Even though Rhino is once again searching for his forever family, this heartwarming tale is one of best stories we’ve heard this year.