A young girl in South Fulton, Georgia, was saved by an unlikely little hero who helped keep two violent home intruders at bay. As reported by WCIV News, the pint-sized hero is a two-year-old Yorkshire terrier named Starla who took bullets while defending the child from the men who broke in to a home on Tuesday afternoon.

The men kicked in the door and immediately shot the little dog – then they turned their attention to Ewing’s niece, who was trying to run away. According to Ewing, one of the men mentioned shooting the girl, but they never did because the injured little dog was chasing after them, providing just enough distraction for the girl to escape from the house.

The brave pooch suffered gunshot wounds to her front and back legs, but she will be okay. As for the intruders, they got away. Ewing said:

They’re cowards. I think that, you know, if you know anything, please turn them in

Screenshot of men from Ring video: 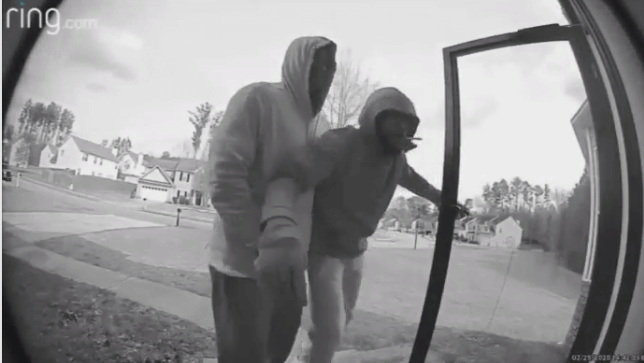