No one likes going to the emergency room, or A&E as it’s known in the UK.  Long wait times, and too many sick and injured people, and sometimes it seems like the staff is stretched thin.  Almost everyone at some point is going to have to wait for one reason or another, and that’s just how it goes.  However, at the Harrow A&E, there’s someone who’s not for a doctor, but a patient. 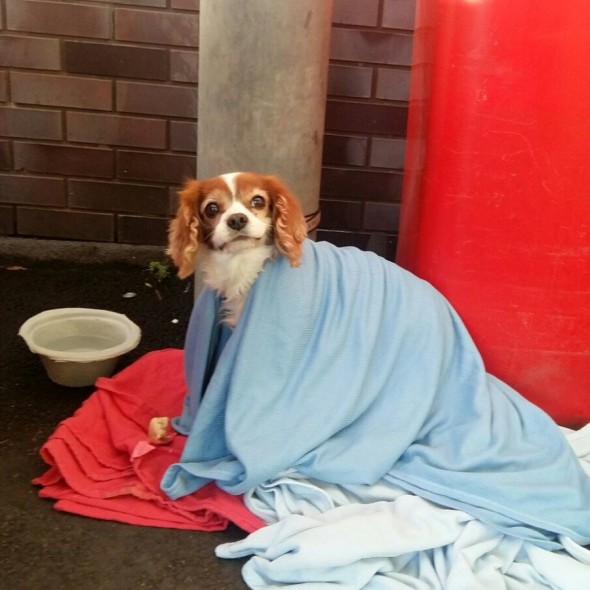 The little dog is actually waiting for his human, who was brought to the Harrow A&E by ambulance.  An ambulance was dispatched to this person’s home, and apparently the dog came with the patient on the ride.

“One of our ambulance crews had been called to someone who was feeling unwell, and when they arrived they found the patient accompanied by a little dog,” said paramedic, Sarah Angelou.  “They had to get the patient to hospital as quickly as possible so took them both in the ambulance to A&E.”

For what should be obvious reasons, the staff at the A&E can’t just let the little guy in to wander the waiting area.  However, they’ve made sure to see to the dogs comfort, and have supplied him with some blankets and food while he holds vigil, waiting for his human.

“He seemed very entertained by the passing ambulance crews and hospital staff and even managed to sneak a bite of our lunch,” Angelou said.