Oil rig workers in Thailand were taken back when they saw what looked like a puppy’s head in the water swimming toward them. At 130 miles away from shore, could it really be? One of the workers, Vitisak Payalaw, took out his camera and captured it all in complete shock.

It was indeed a puppy who had either fallen from a fishing boat or jumped from a vessel where he was abused, they figured. They tied a rope around the dog and brought him aboard before the waves got too big.

How he survived, no one could be certain. But he was completely exhausted and very thirsty. 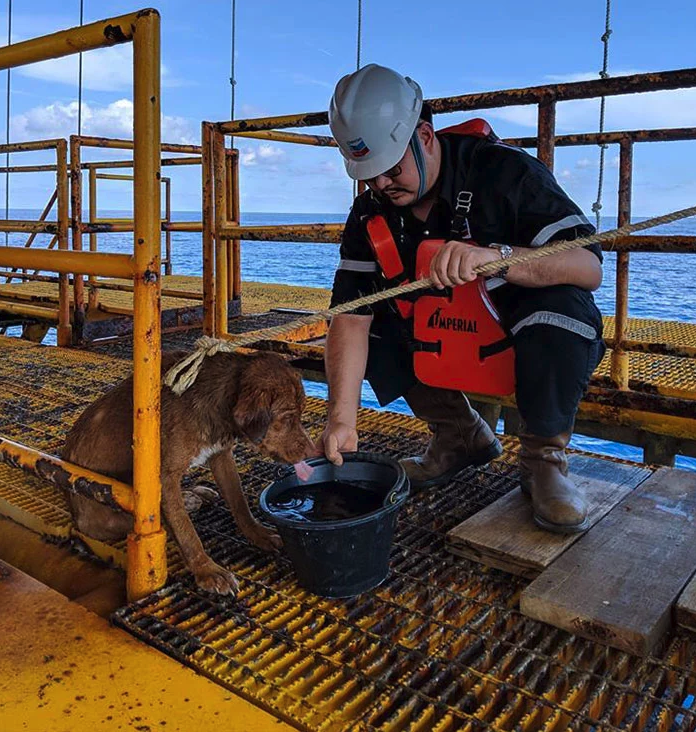 The oil rig workers made the pup feel at home and gave him everything he needed. He stayed on the drilling platform for two days while they built a special cage to transport him to some vets in Songkhla for a checkup. 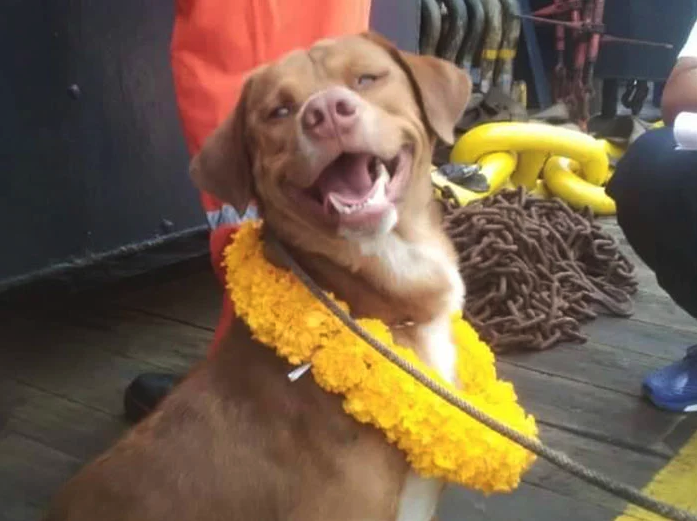 They named the dog Boonrod which means “making a spiritual donation for good luck in the future” in Thai. 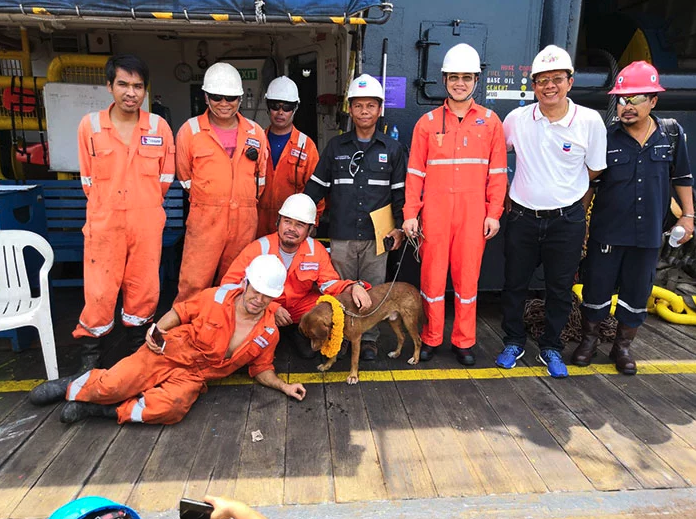 One oil rig worker says he would like to adopt Boonrod if an owner doesn’t step forward. 🙂

What a crazy story all around! But Boonrod is safe and happy and well on his way to a normal life.