Edinburgh, Scotland has a history as a dog-loving city. Greyfriars Bobby, a Skye Terrier who loyally stayed by his owner’s grave for 14 years in the late 19th century, was cared for by the local population and also received a statue in his honor that still stands.

During a tense 19 hours in March of 2021, Edinburgh proved its reputation yet again when the “power of Facebook” brought scores of Scots together in the search for Zuma, a dognapped Bull-Mastiff.

It all started one night at 9:30 when Shannon McFarlane’s Bull-Mastiff, Zuma, was tied up outside with her brother in front of a shop. Tying dogs outside while shopping isn’t uncommon in the UK, though the practice is becoming less popular, in part because of crimes such as this. 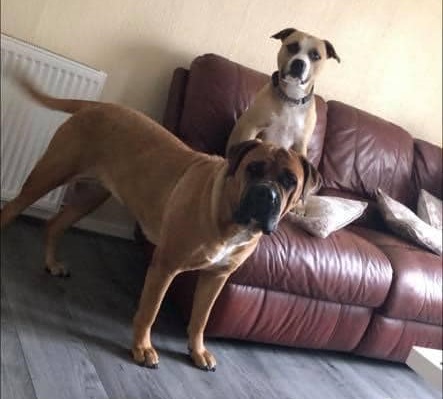 Though only left alone for a moment, Zuma disappeared. McFarlane’s family was mystified. What could have caused Zuma to run off, but not disturb her brother? Who could steal a dog during such a small window of time?

McFarlane and her mother, Donna, took to Facebook and asked for the community’s help. Donna explained in a post that she was so sad and considered Zuma, who they’d had since she was 5 weeks old, her “baby.”

With the police contacted and the community reaching out to find answers, there was nothing to do but wait. The night passed tensely but uneventfully before a stroke of luck landed in the family’s lap.

The shop Zuma had been taken in front of had a CCTV camera, angled right at the spot she’d last been seen! When the shop opened and they were able to access the tape, it became clear what had happened. 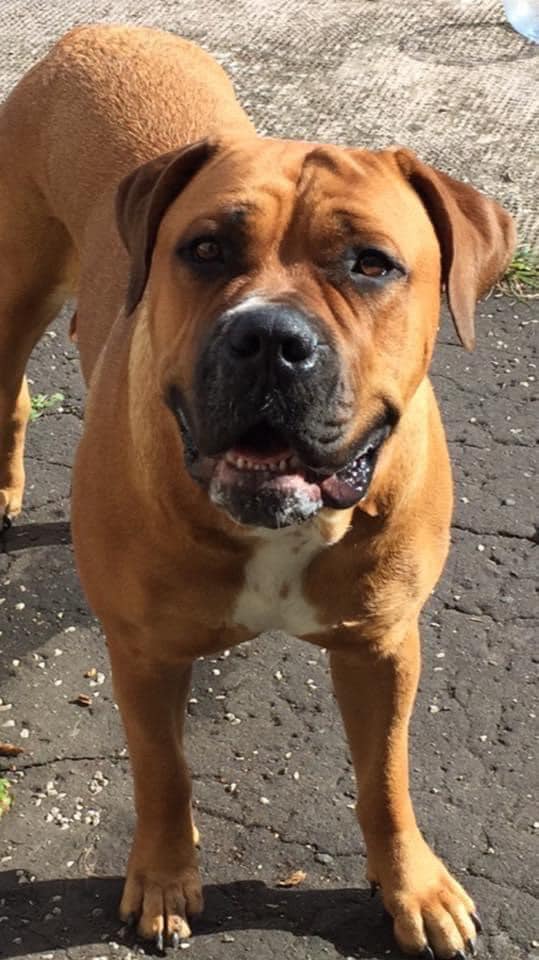 According to the McFarlanes, the footage showed a woman, identified as Stephy N Hazlett, calmly unhitching Zuma and walking her away from the area. They updated the community that they were later able to recover Zuma at the woman’s residence, where she’d apparently spent the night.

“The woman that stolen [sic] her has mental illness and police will be dealing with her,” Shannon later wrote.

Zuma was ecstatic to be home with her family and completely unharmed. “So glad to have our baby girl Zuma back home were she belongs, it was a long 19 hours she was away,” wrote Donna on Facebook. “Thank you once again [you] all know who [you] are.”

McFarlane credited the “magic of Facebook” and the community for their quick action and communication. 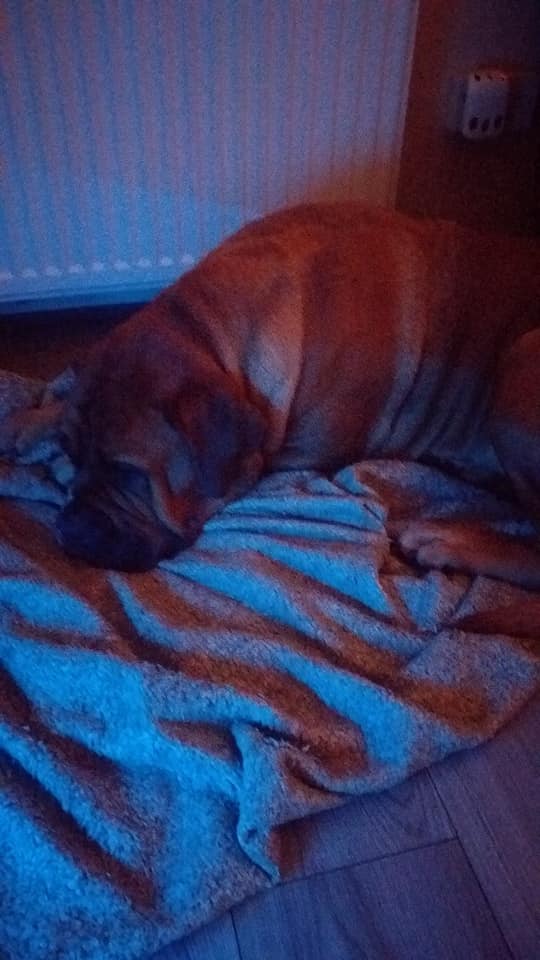 Thankfully for this family, the uncertain situation was resolved cleanly and quickly, and Zuma is sleeping at home tonight!