When XO was rescued, he was a pup, about 1, and he was suffering from a terrible skin condition. But despite the pain, he wagged his tail so happily when people from Second Chance Rescue NYC came to his aid that the skin cracked and it started bleeding. 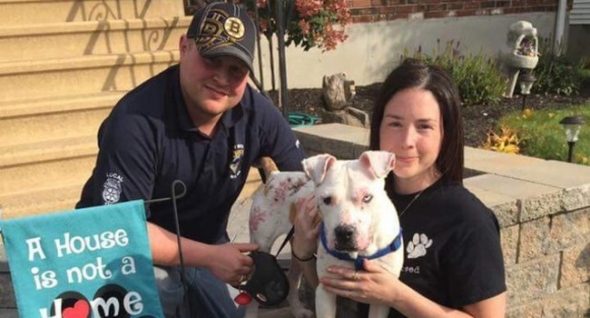 He found a foster home quickly and named XO — because all he ever wanted to do was give hugs and kisses. His caretakers knew it wouldn’t be long before he found a forever family, and they were right. The best part is that his new family needed him as much, if not more, than he needed them.

They had recently lost their dogs. Three of them. To cancer. All within the span of five months. They were, understandably, heartbroken. When they met XO, they knew he was meant to help them heal.

“XO was the answer to their prayers,” Alyssa Ellman, of Second Chance Rescue NYC, told The Dodo. “They needed something to love, and he needed a loving home to give him a second chance at life.”

XO has since been renamed Trooper and he’s been thriving in his new home. He only weighed 15 pounds when rescued; these days he’s clocking in at 56! And he even has a new brother. A few months after adopting him, his family adopted a golden retriever named Sully. The pair are now the best of friends! 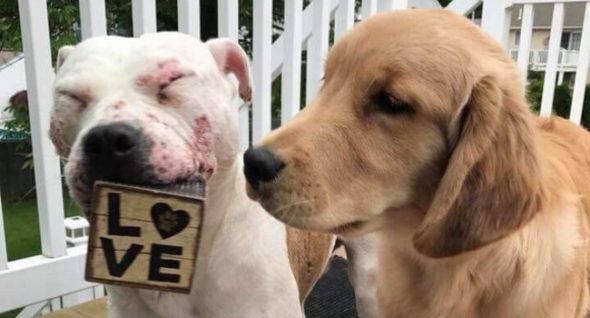 His skin condition has healed, but scars remain due to the severity of the infection — in particular on his face and neck. Of course, that hasn’t kept him from being a happy, loved, pup who brings a smile to everyone he meets.

“His personality is contagious,” Ellman said. “Everyone that means him LOVES him. They are so inspired by what he went through and had to overcome at such a young age. He is just the happiest guy.” 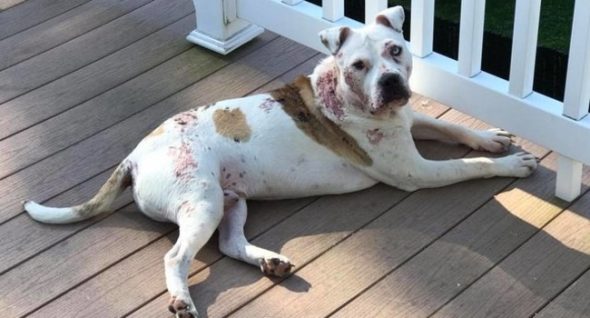 Despite an incredibly rough start to life, XO has never been anything but overjoyed to be alive, and is exactly what his new family needed after suffering so much loss.