Treo, the unsung hero went from being a shot tempered dog to a soldier whose job was to look for explosives in Afghanistan. Treo served in Britain’s Royal Army Veterinary Corps, where he earned the highest reward a dog could earn and after doing his part and serving his handler devotionally he passed away on October 2015. Treo was given the Dickin Medal, which is the highest honor for an animal in British army.

Treo had adventurous 14 years of life in which the black Labrador earned some popularity in British army after he was adopted by the Royal Army Veterinary Corps, Where Treo met his best friend and handler Sergeant Dave Heyhoe.

Treo was not the most likeable dog he was shot tempered and irritable according to his previous owner who thought the best thing for him is to enroll him in the army. Treo was first deployed in Northern Ireland where he met his handler.

After rigorous duty in the deserts of Afghanistan , Treo took his leave from this world in October 2015 and all we have of him now is his memory but his handler kept more than that he made a tattoo from Treo’s ashes on his arm which says: 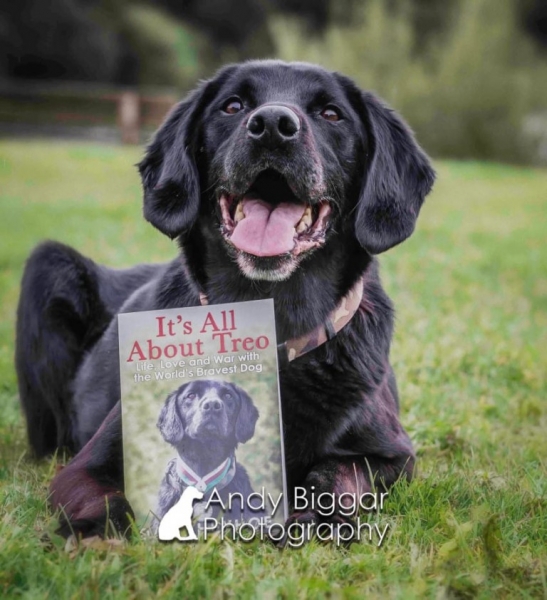 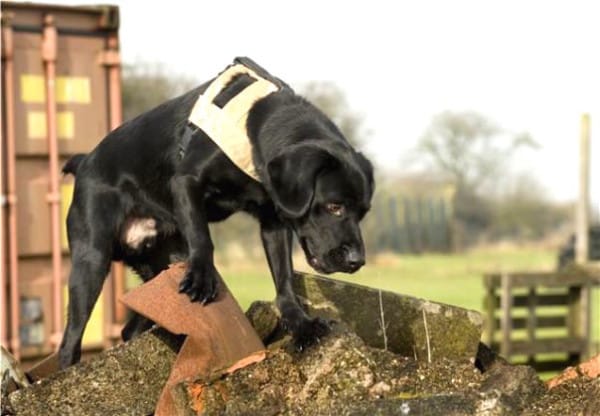 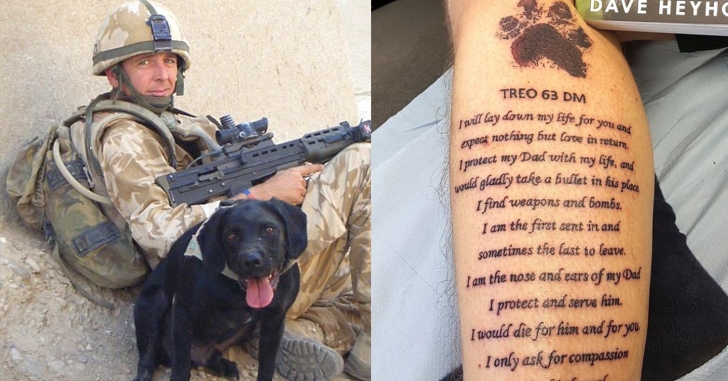