When a loved one passes, we all grieve, including our beloved pets. For one pet parent, this was especially true after she observed what her dog and cat did after one of her other dogs passed away. From archives comes this touching story of a family’s friendship and loss.

“I had to put my dog Mauja down last Saturday. I didn’t think my other animals were missing her, and then this happened. Kooky and Gracie have never slept together before, but there they were last night, sleeping in Mauja’s crate,” wrote Kanadka on Reddit. 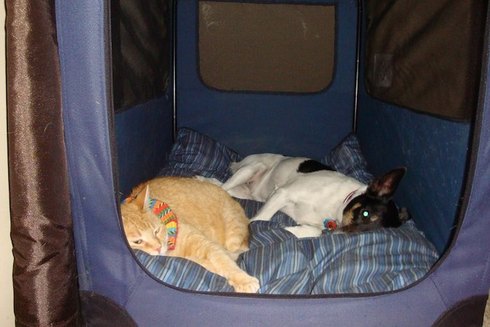 She took the photograph (pictured above) of Kooky and Gracie lying in Mauja’s crate, the two friends missing their best friend.

Mauja was an 80-pound German Shepherd and one of a pack of animals in her home.

“She was a sweet and loving dog who ‘allowed’ Gracie, our 23 lbs, rat terrier to think she was the alpha dog of our pack,” 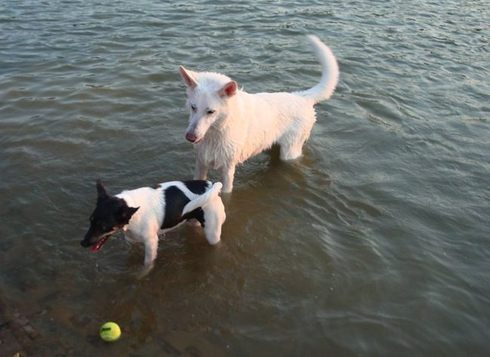 Mauja also had Kooky’s love and attention. Kanadka said, “Kooky was a little obsessed with Mauja and would follow her around the house, which Mauja didn’t care for much.” 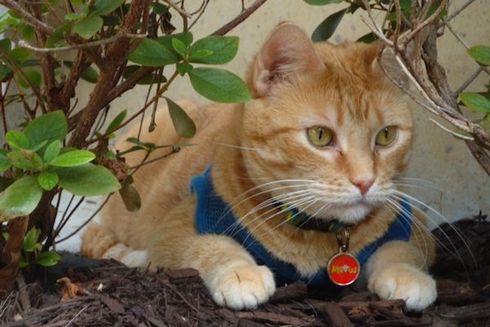 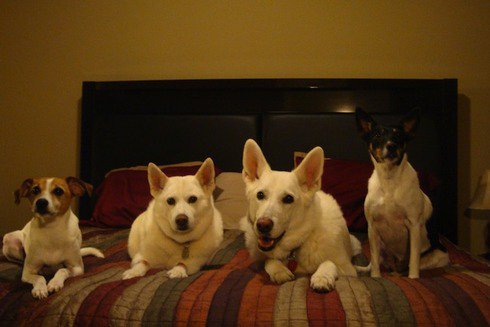 Kanadka credits her veterinarians with detecting Mauja’s cancer early. “Special thanks to the staff at Kansas City Veterinary Care for finding the cancer early and giving her two extra years!”

Kanadka wrote, “Mauja did remarkably well during the first two years after surgery. Unfortunately, in the past few months, the cancer seems to be winning the fight.” This past week, she made the difficult decision to put Mauja down and say goodbye. 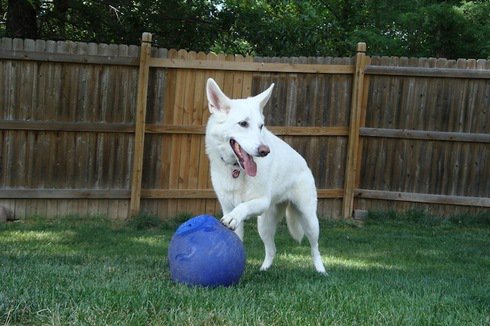 “I love you, Mauja. Thank for for eleven wonderful years. You will always be in my heart. Now go play with Monkey. I’m sure he will be happy to see you!”

Photos published with permission and courtesy of Kanadka