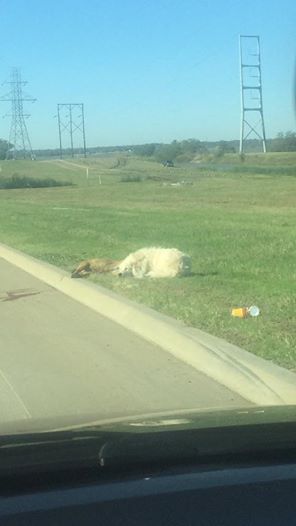 On Nov. 8, 2015, a photo of Great Pyrenees standing next to the body of his deceased street companion, just across the street from the Dallas Fort Worth National Cemetery circulated on Facebook. Thanks to that heart wrenching image, the loyal dog and friend was rescued.

Julie Fennell shared the image taken by Samuel Flores and tagged rescue groups hoping someone would come help the dogs. Animal rescue volunteer Jessy Fairfelick, saw the image and went to the scene of the accident to help the pets. 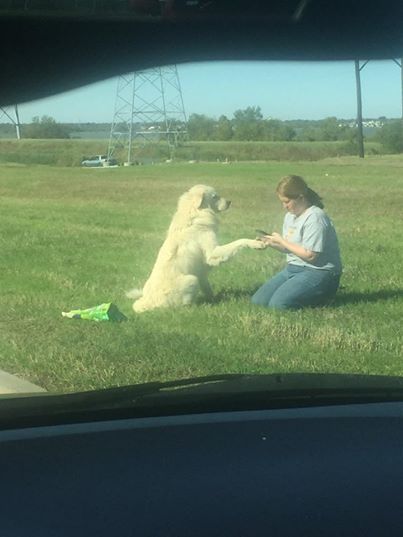 Fairfelick was able to secure the Great Pyrenees and take him to Dallas Animal Services. There, he was scanned for a microchip but unfortunately, none was found. 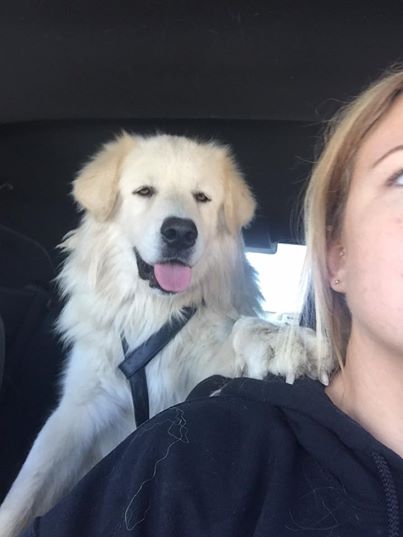 Don’t think the story of this loyal dog ends at the shelter where he will be forgotten. No, Dallas Animal Services placed the dog on hold to give his owners – if he has any – a chance to claim him. However, if no one comes, there is already a plan in motion to release this awesome dog to SPIN rescue, an animal organization dedicated to rescuing Great Pyrenees.