Dogs are known to be man’s best friend, but they can be little boys’ best friends too.

Dash the English Mastiff absolutely adores his tiny human, Peyton. So when the three-year-old got in trouble, Dash proved his loyalty.

Peyton’s mom, Jillian Smith, of Norwalk, Ohio, says that Peyton got in trouble for hitting his five-year-old sister when he got mad. Smith separated the two of them and gave Peyton two choices; he could either go to his room or have a timeout, and Peyton decided to go with a timeout. 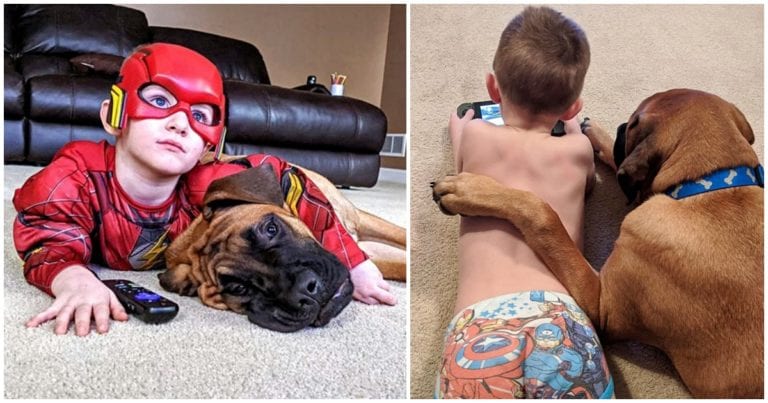 As he stood in the corner during his timeout, his furry best friend decided to join him.

Dash sat beside Peyton the entire time, as if he wanted to keep him company and show him that everything would be ok.

Smith happened to have her phone on her and quickly snapped a photo of the heart-warming moment. She posted the picture on her Facebook with the caption, “When you’re in time out but your best pal wont let you serve your time alone.” 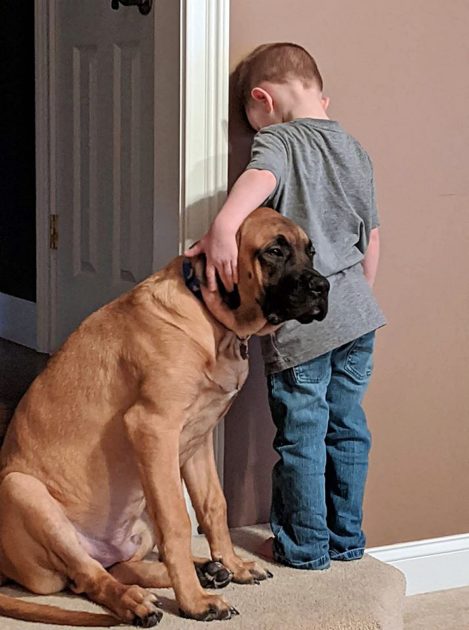 The picture has gone viral with more than 44,000 shares. People from all over the world were touched by this sweet moment.

“The dog looks like he’s saying, I got you pal we’re a team,” Sharma LaBrew wrote.

“OMG look at his eyes. He is feeling his friend’s pain. The true meaning of friendship. His P.I.C. Partner in crime,” Maritza M Castillo wrote.