Lucy the rescue dog has some arresting ears….

Well, the left one, anyway.

Look closely and you’ll see that the spots seem to create a puppy portrait that looks just like her! We told you about this interesting pup back in February and how folks clamored to adopt her when they saw the interesting spots… 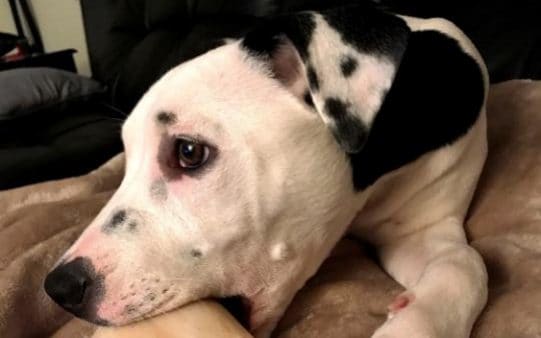 The markings appear to show two floppy ears, eyes, a nose and a mouth.

Lucy, who is eight months old, was part of a litter delivered at the Lollypop Farm rescue’s Rochester, NY, center, where she was adopted by Cassidy Troy, a 19-year-old student, and her boyfriend, Zach Johnson, 20.

Interestingly, the Telegraph reports the pair didn’t even notice Lucy’s ear until they stopped to buy food for their new pup at a local pet shop and an employee there pointed out the unusual markings. 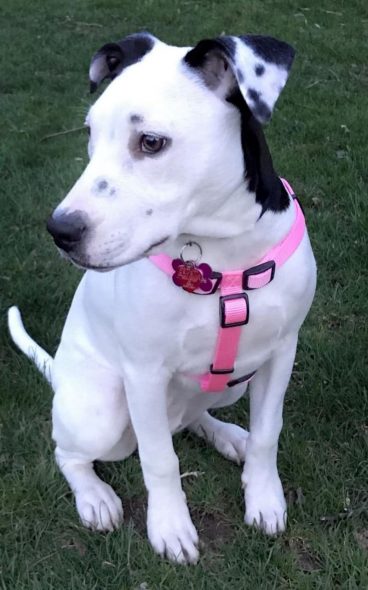