It is always enjoyable to go out and do some work in the garden. Undoubtedly, that is how Andrew Cotter felt when he was out clearing up some leaves and old apples that fell from a tree.

Although it is sometimes nice to be outside and reflect in peace and quiet, there are also times when we want someone beside us to help with the chore.

For Andrew, that someone came in the form of a yellow Labrador retriever named Mabel. 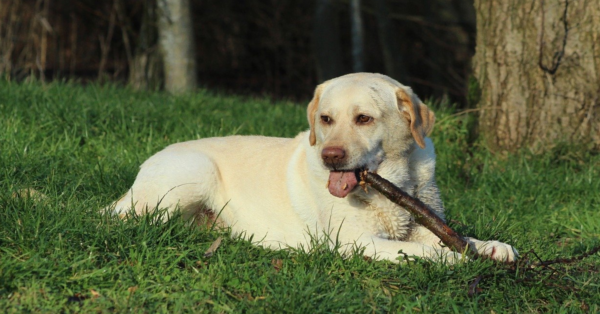 If you’ve ever had a Labrador before, you realize that they are always willing and ready to please. It seems as if Mabel was fulfilling that role as she gathered some items and brought them to Andrew as he cleared the yard.

Andrew was appreciative of what Mabel was doing but he also was a little concerned that she continued to bring him sticks rather than leaves or apples.

Apparently, they had a discussion previously about what was going to take place while they were out cleaning the yard.

In the end, Mabel ended up playing some games after bringing Andrew an apple or two.

Fortunately, there was a black Labrador named Olive to play with.

You can watch it for yourself in this video: