Moscow-based photographer Anastasiya Dobrovolskaya is not your typical “pet photographer.” Her trademark photos look like something out of a fairytale, but everything is real—from beautiful and unique people to breathtaking landscapes, and a variety of animals you wouldn’t expect to pose alongside people. Foxes, tigers, owls, snakes, horses, goats, anything you can think of is featured in Dobrovolskaya’s incredible portfolio, including the most-wanted bear model, Stepan, who was rescued as a cub and raised by loving humans.

In July of 2018, she started taking photos by accident that turned into a wondrous career. After three failed attempts at photography, giving up trying, and finding her way to photography again, she received a message from a woman who wanted a photo shoot with a mini pig and a rooster. Although she had never photographed people with animals and didn’t have much experience altogether, she took on a challenge (who wouldn’t?) and fell in love. In a week, she photographed an owl and a fox, then a horse, and it kicked off from there with some of her photos going viral online. It was enough to quit her job and pursue a career in commercial photography.

The 30-year-old photographer takes dreamlike photos that capture the magical bond between animals and humans and show how beautifully diverse, yet similar we are. 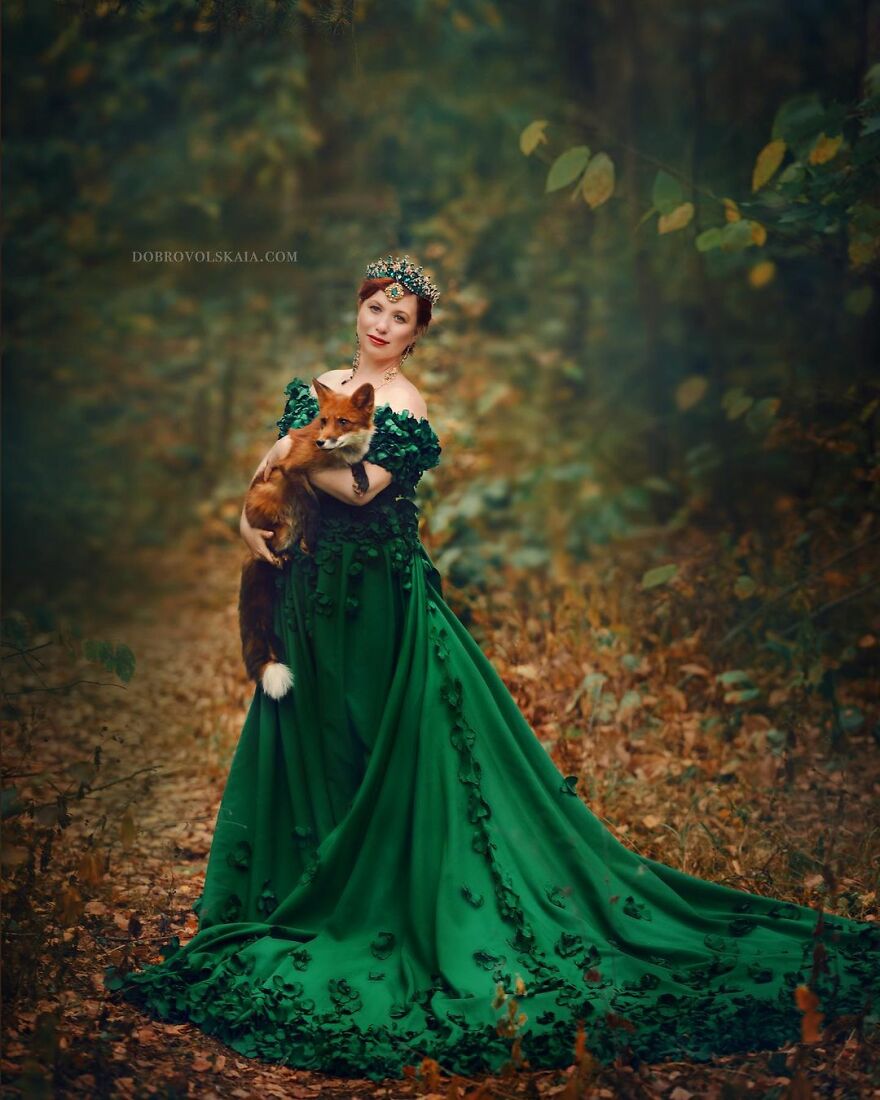 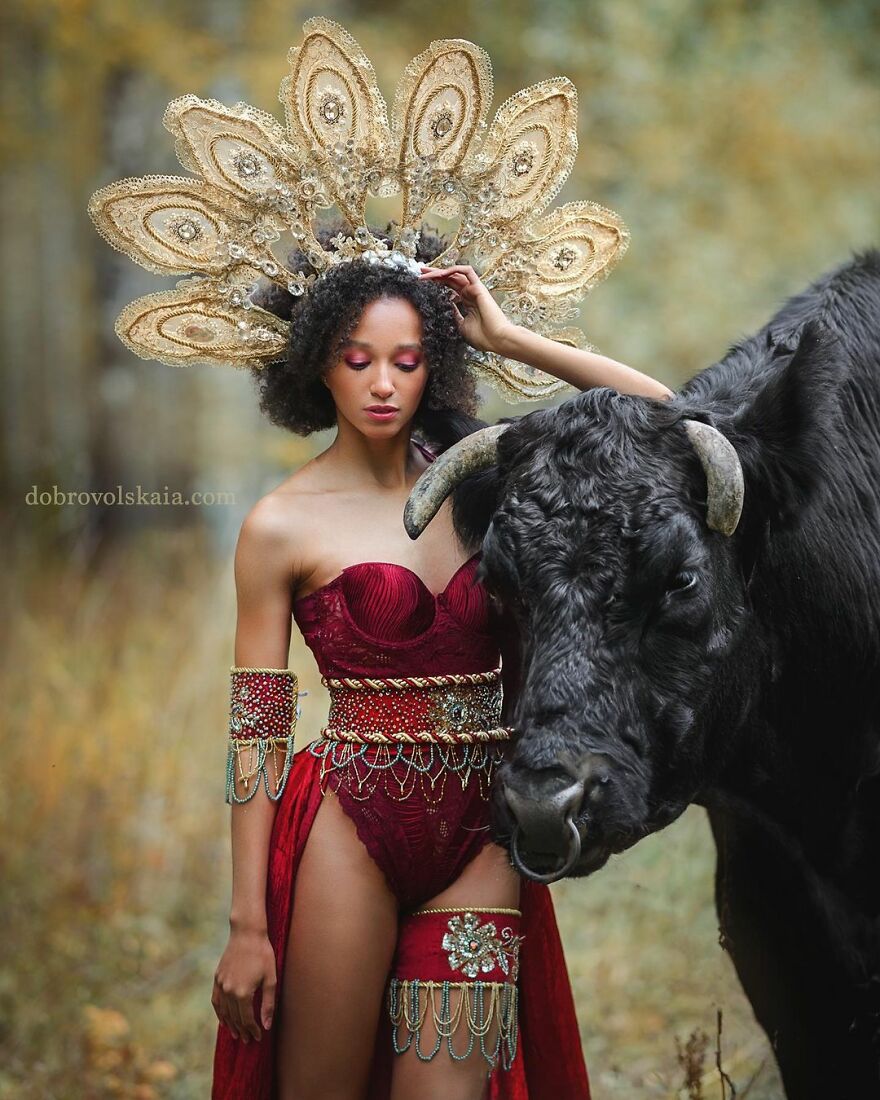 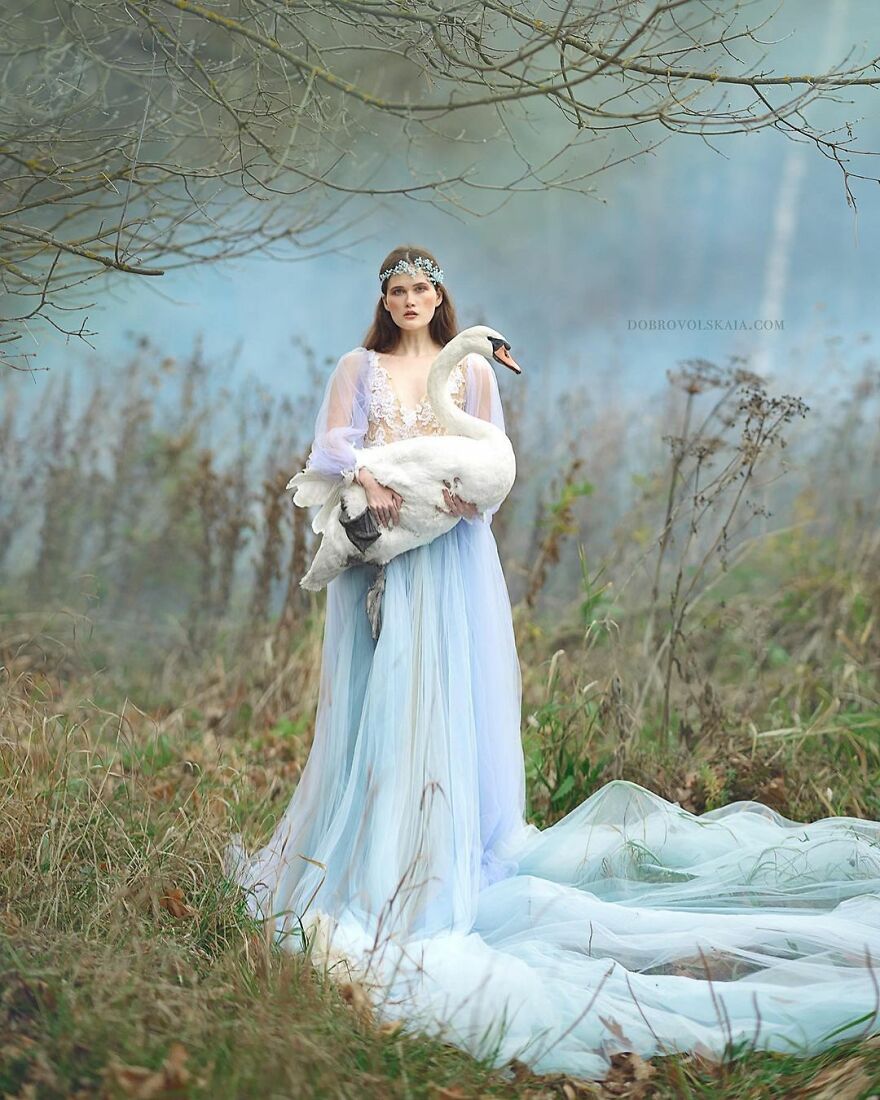 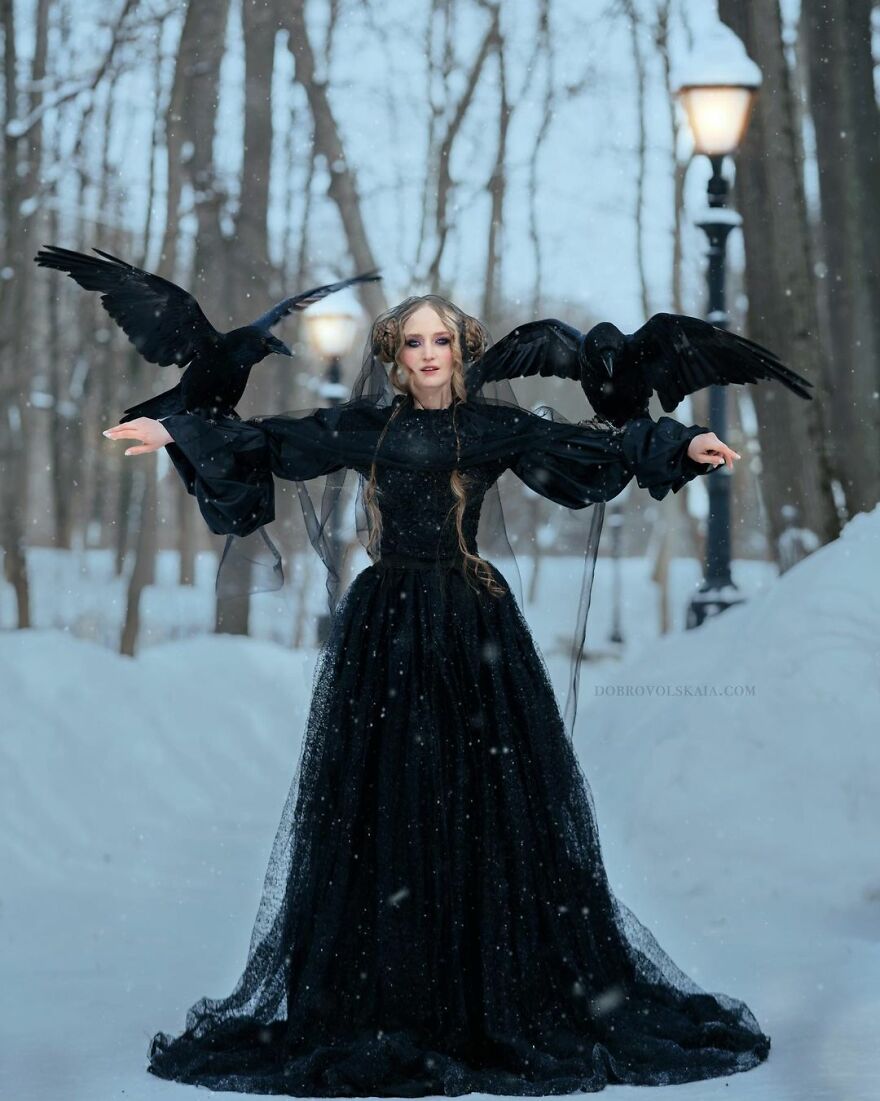 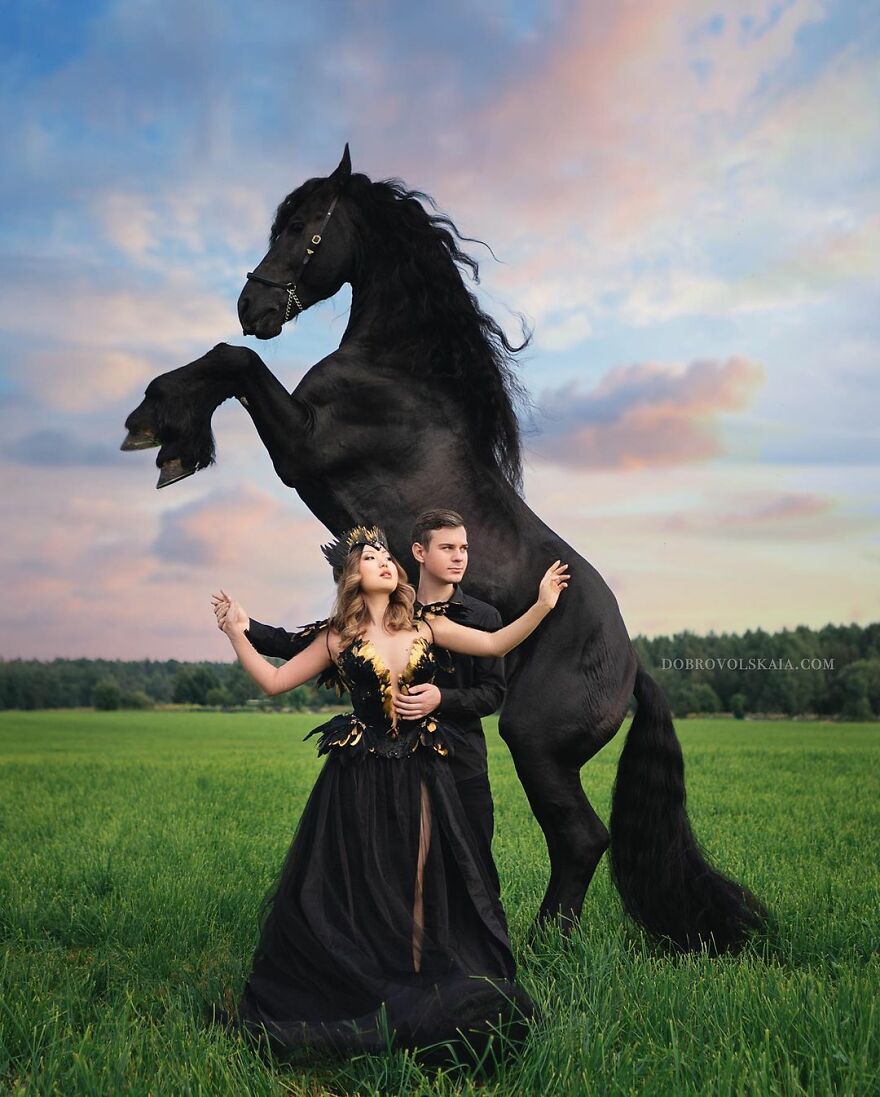 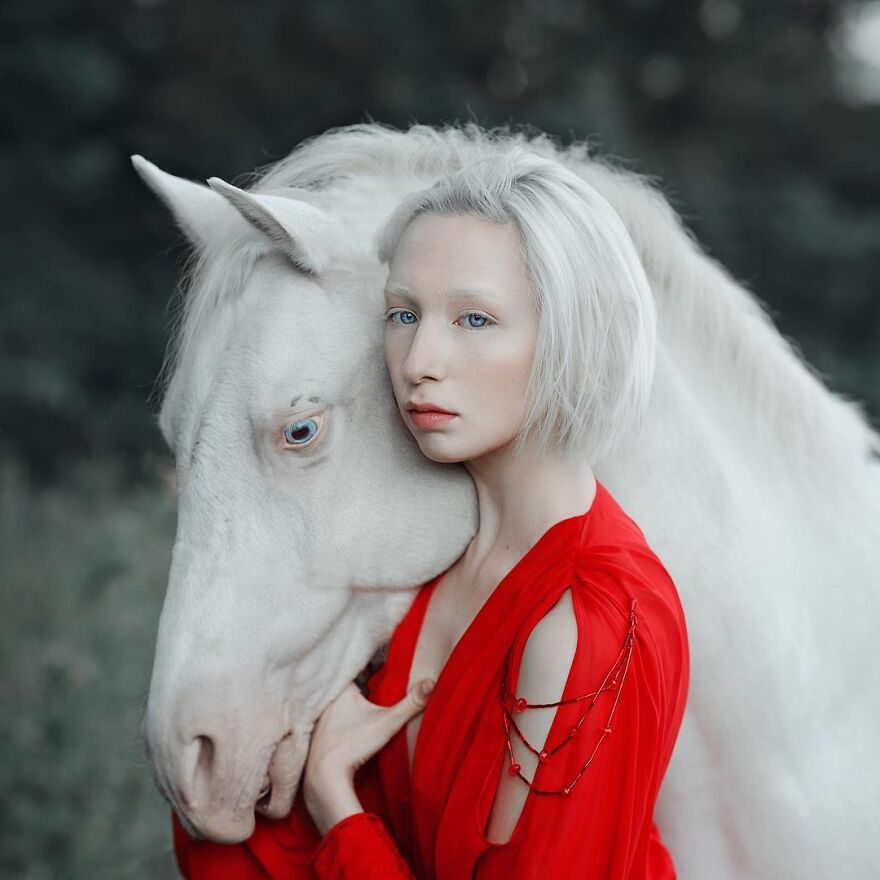 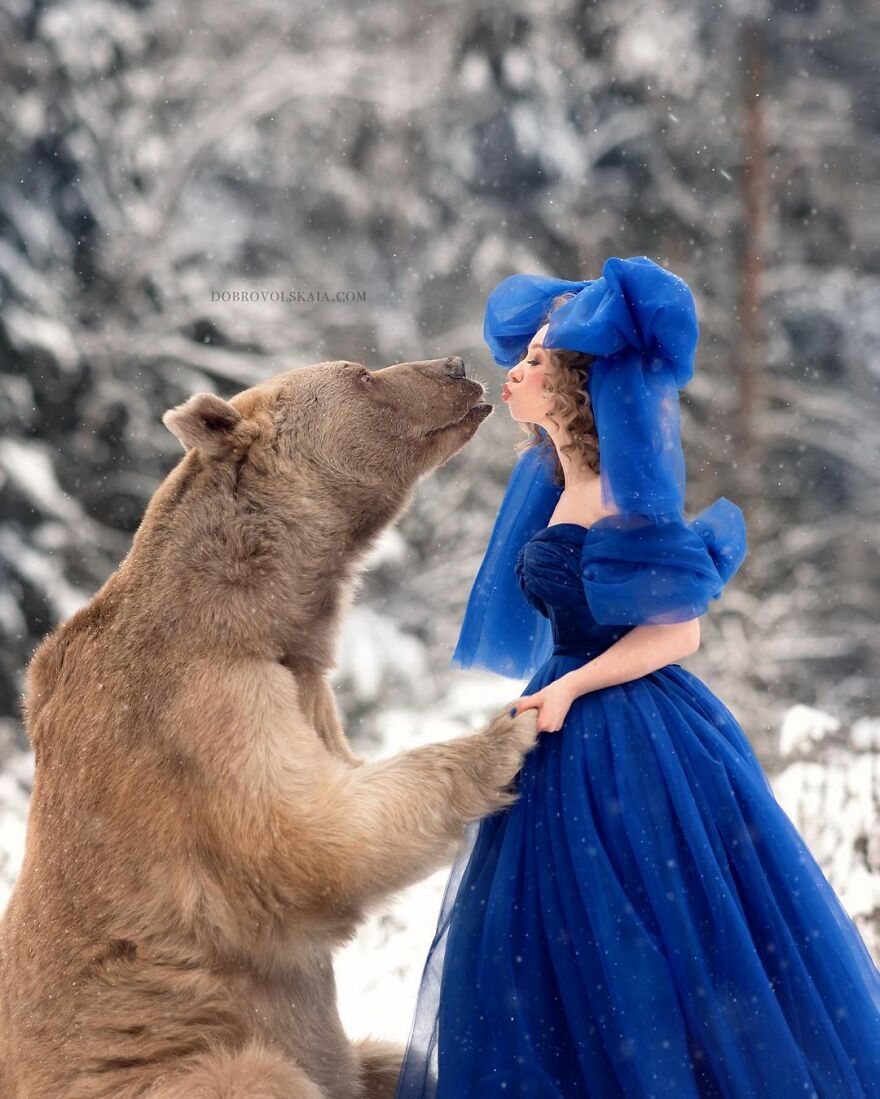 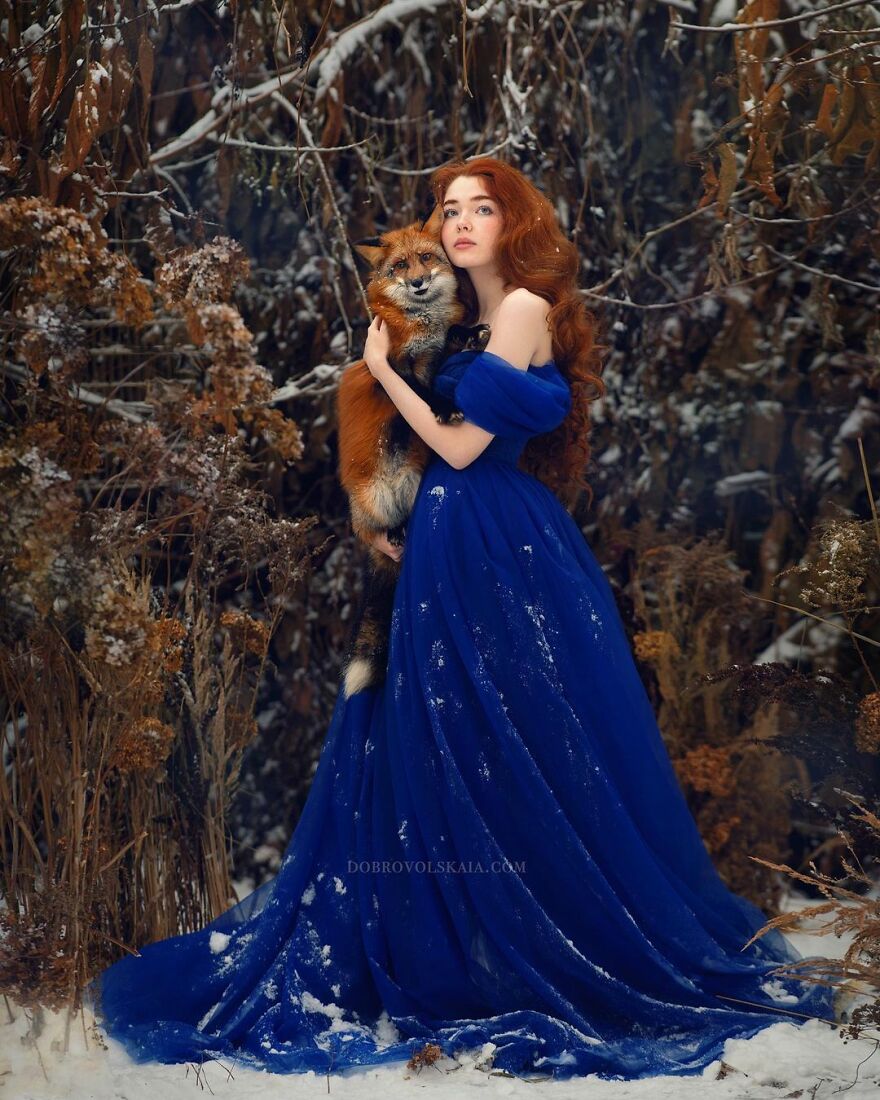 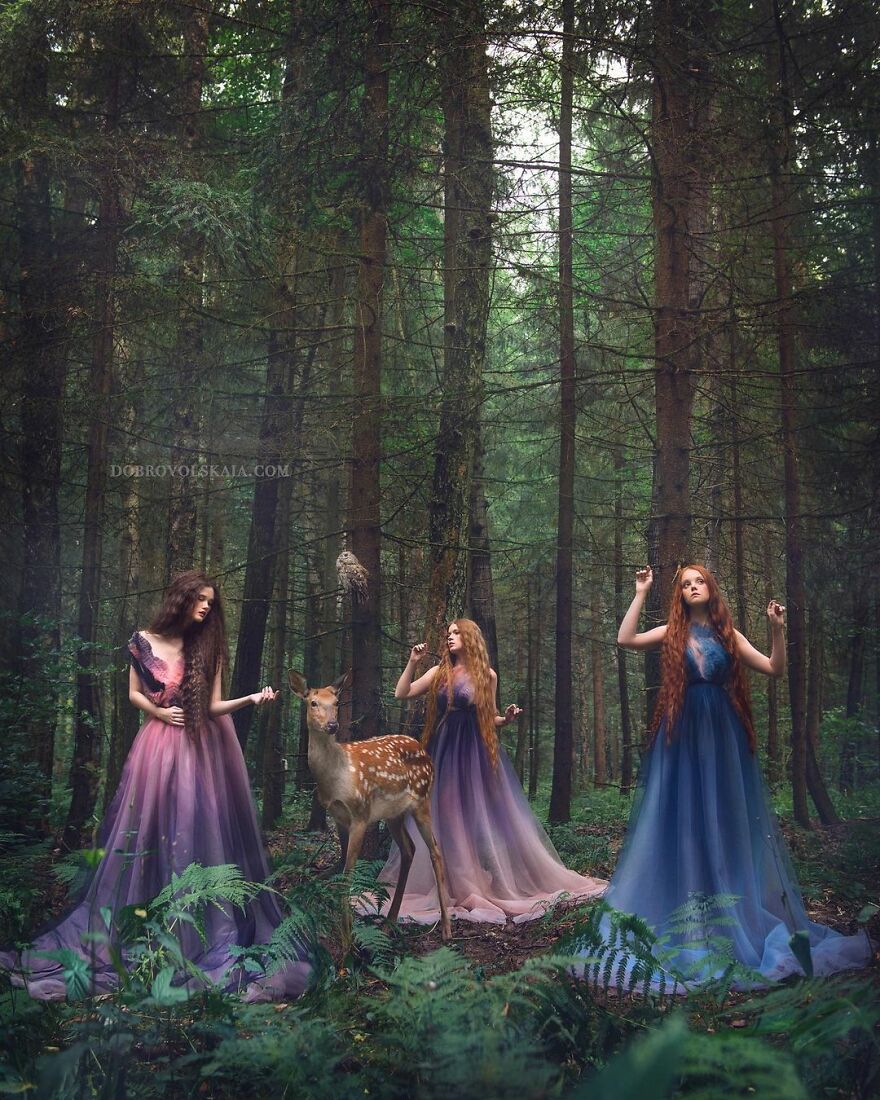 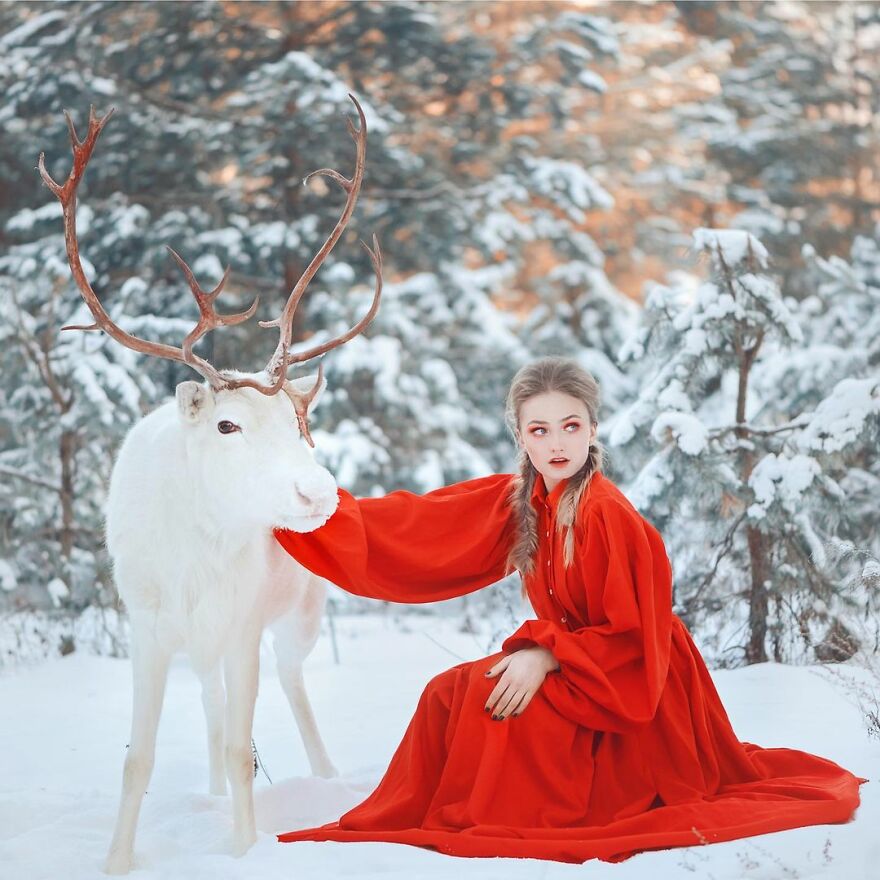 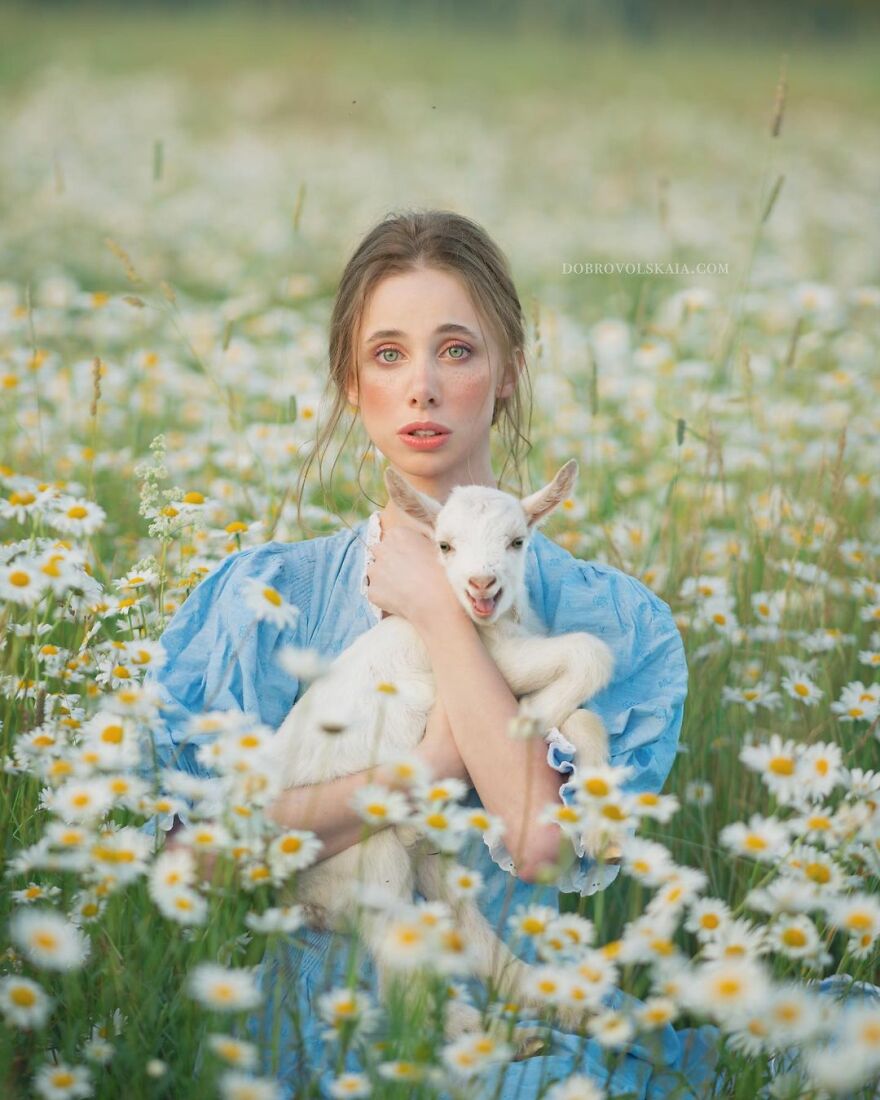 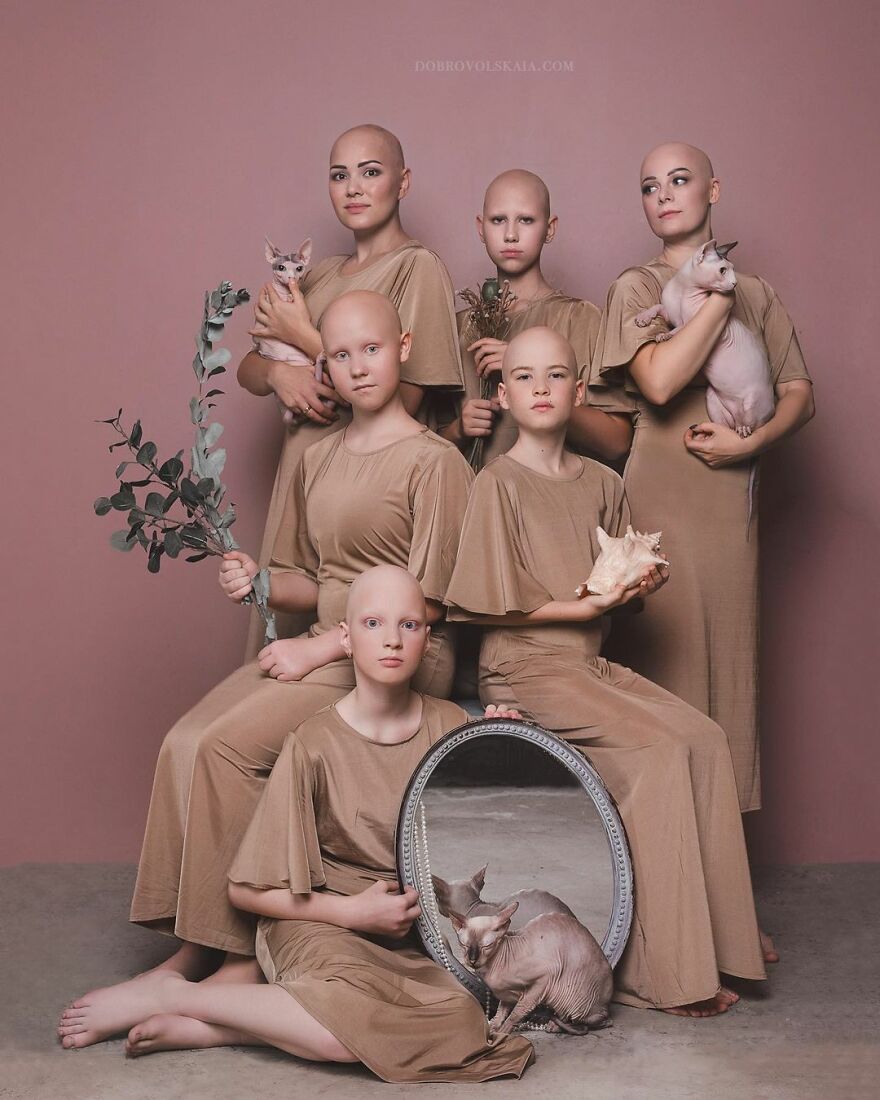 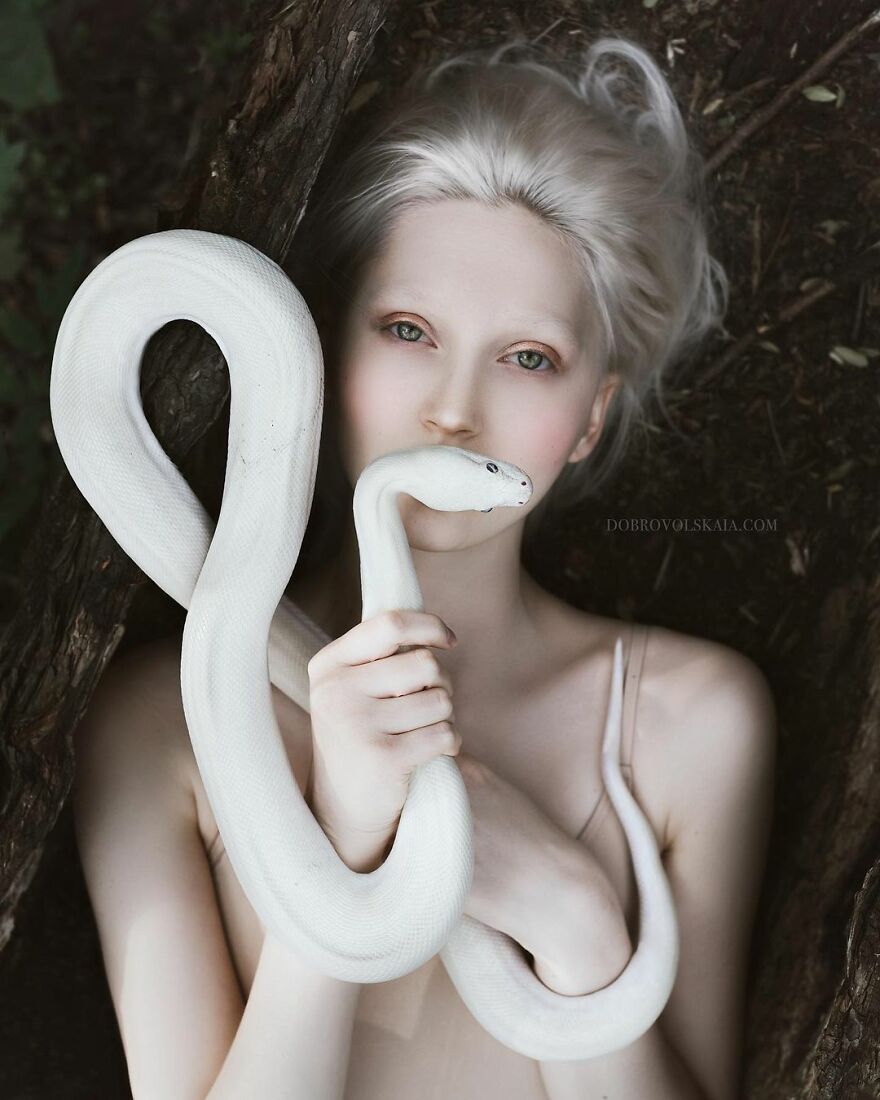 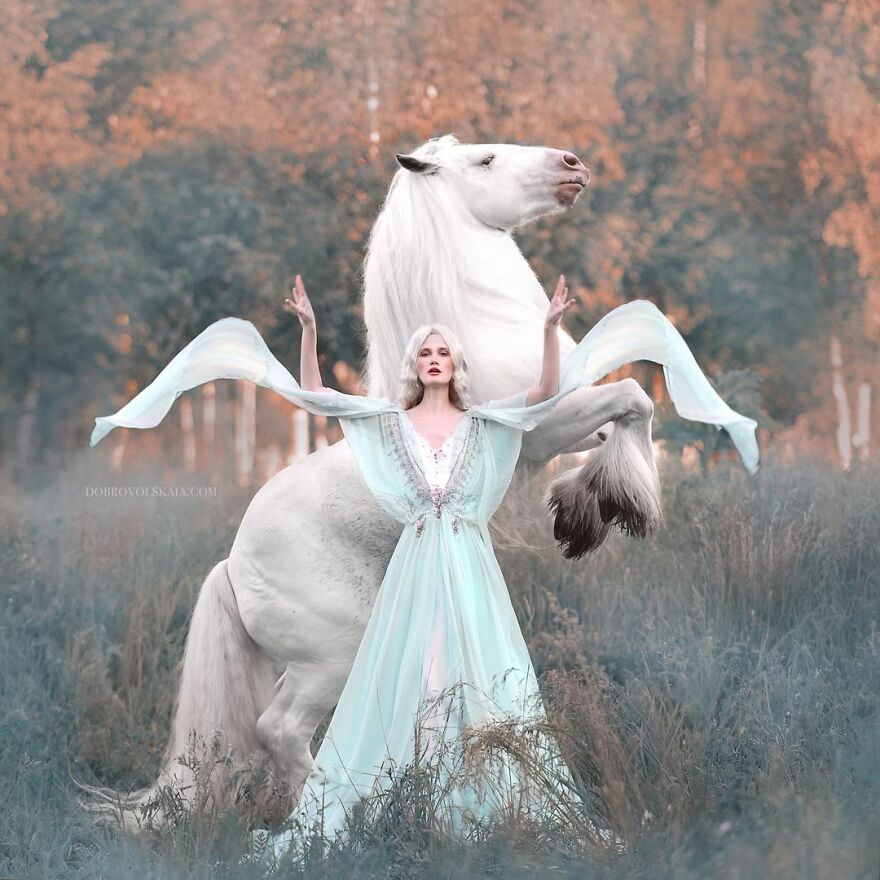 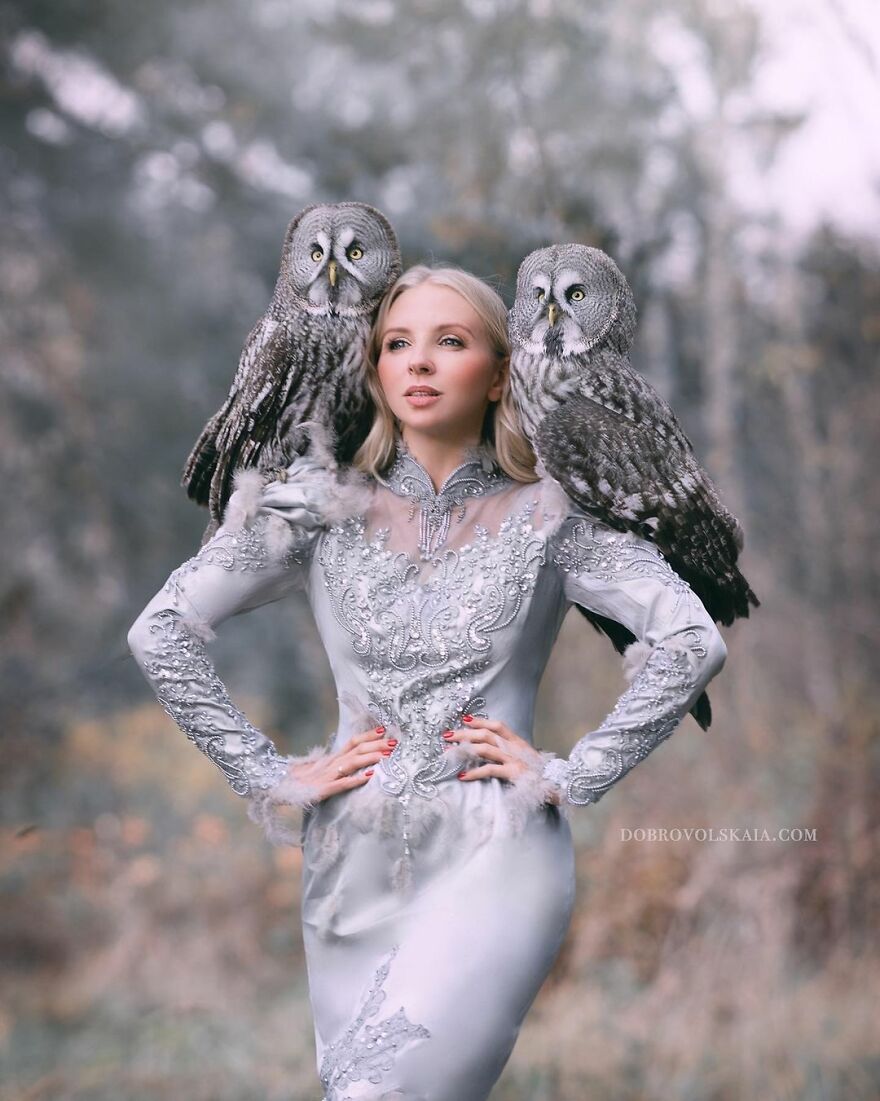