Colleton County Fire-Rescue and Animal Control are used to receiving calls about dangerous situations, but they never dealt with a situation like the one they recently handled. A mama dog and her puppies were stuck deep inside a driveway culvert in Colleton County, South Carolina with no way out. Unfortunately, one of the pups was wedged 20 feet deep inside the drain. 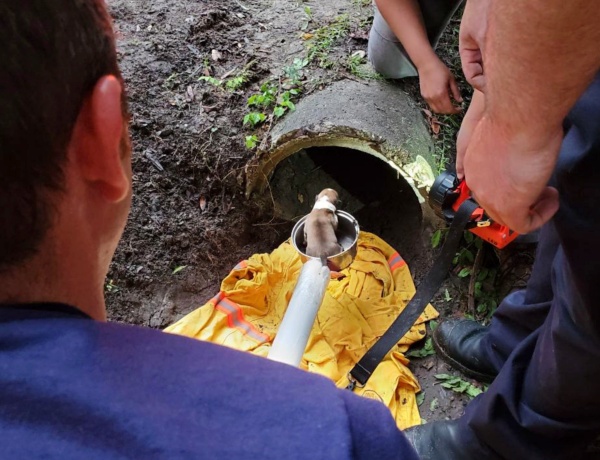 Rescuers were able to easily remove the female dog and almost all of her babies but the one puppy eluded their capture. There was no way for rescuers to reach down inside and access the little one. Instead of giving on him, the savvy team developed an idea to save the pooch. First, they found a pipe made from PVC material nearby. A nearby resident was asked for a saucepan, and the person willingly handed it over. 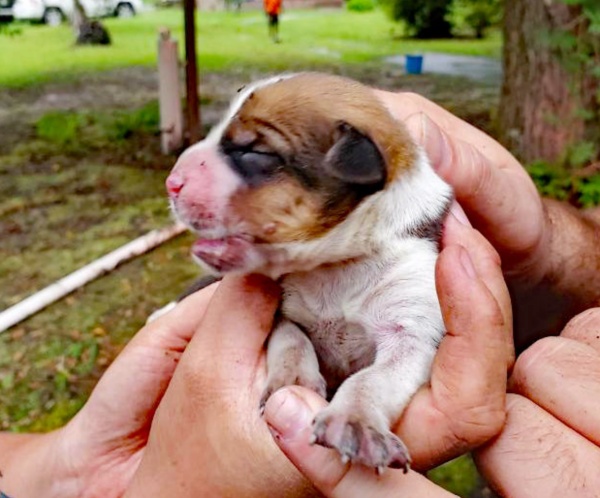 Firefighters managed to duct tape the saucepan to the PVC pipe and slowly lowered it into the driveway culvert. They tried several attempts to access the puppy but they were not successful. Finally, after multiple tries, they succeeded and removed the tiny pup from the drain. The resident who owned the dog and puppies asked firefighters to name the forlorn puppy. They decided to call him “Scoop.” 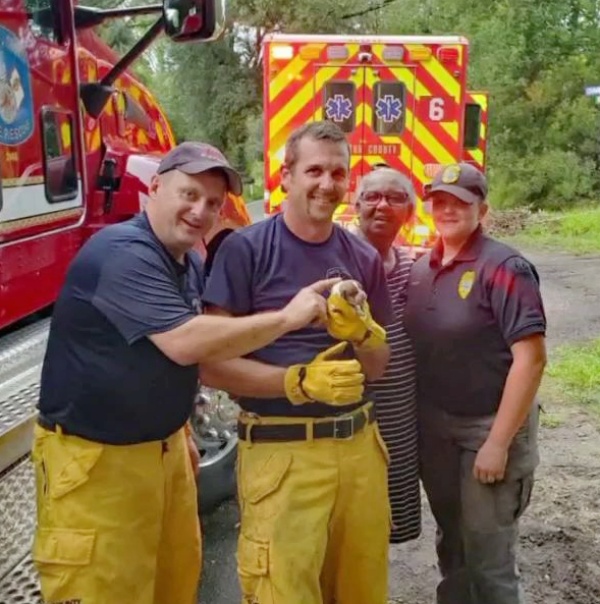 We love a happy ending and thank all the rescuers who got involved to save this mama and her babies. Congratulations on a job well done!