A Facebook post from a man wanting to give away a dog and her nine puppies resulted in the community stepping in to save the dogs.

Nana is only four years old but has already given birth to three litters of puppies, but the first two litters didn’t make it. All nine puppies in her third litter survived, and the owner wanted to give away all 10 dogs.

He posted this to Facebook, and the neighbors immediately stepped in to take the dogs. Faithful Friends Animal Sanctuary heard about the situation and contacted Mr. Bones & Co. Rescue for help. 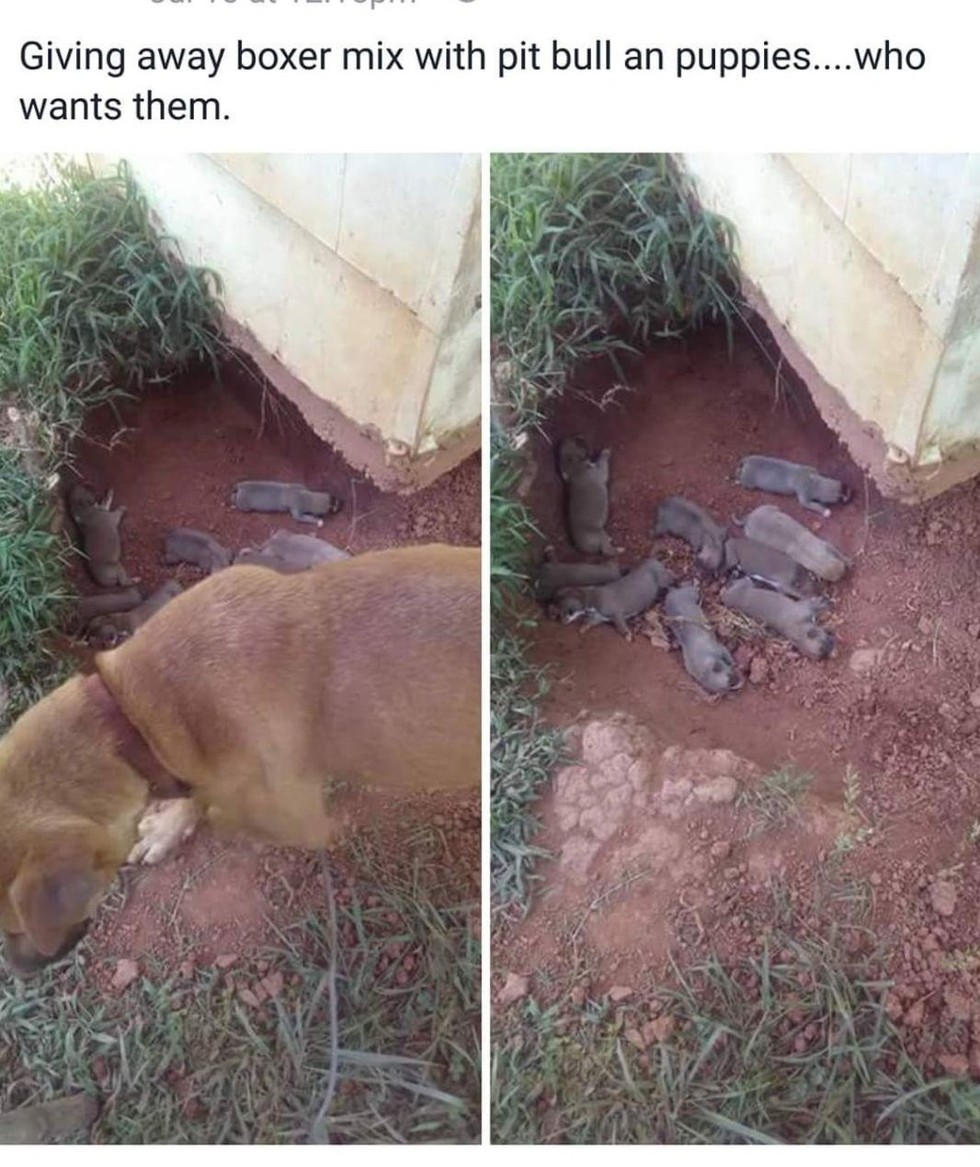 They believe Nana placed the puppies in this hole in the ground to keep them cool and safe.

Faithful Friends Animal Sanctuary took the dog family in until the puppies could be weaned and make the move to New York where Mr. Bones & Co. is located. 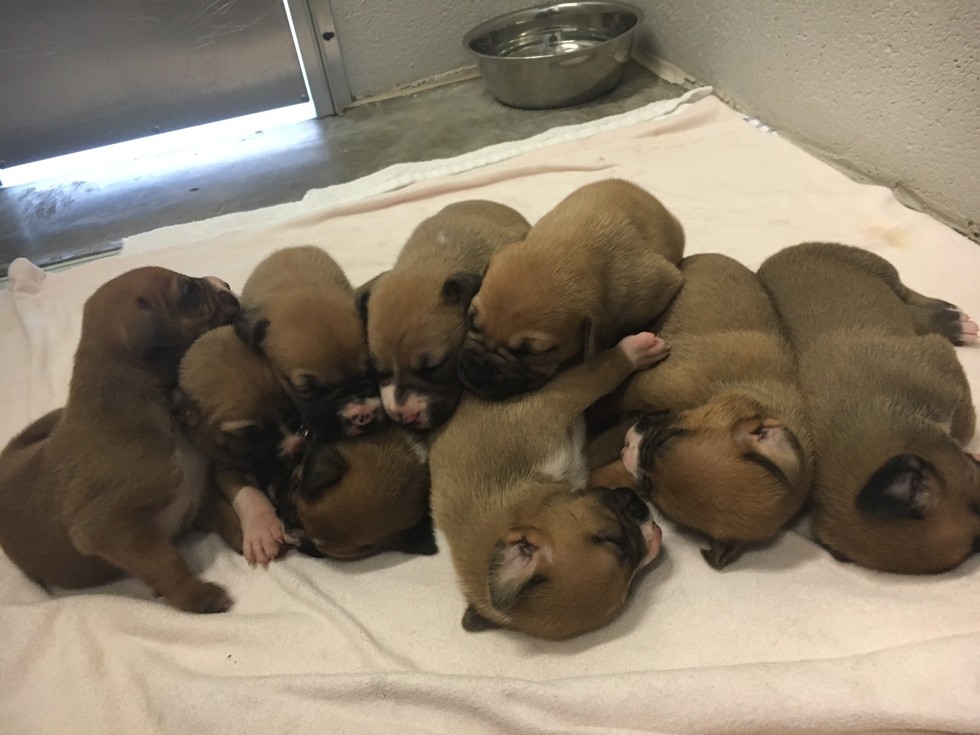 Having watched all of her other puppies die, Nana was very protective of this litter. The staff did everything they could to help Mama feel safe and to know that her puppies were safe. 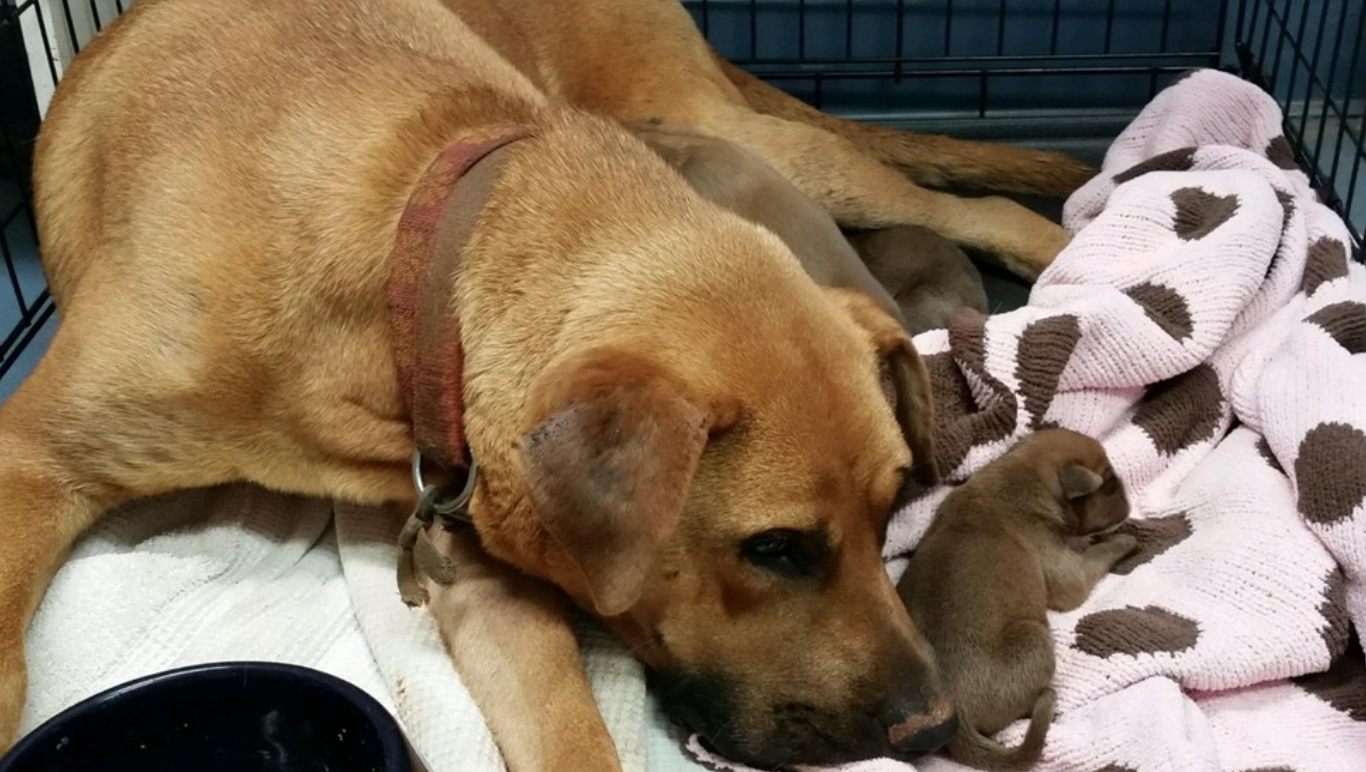 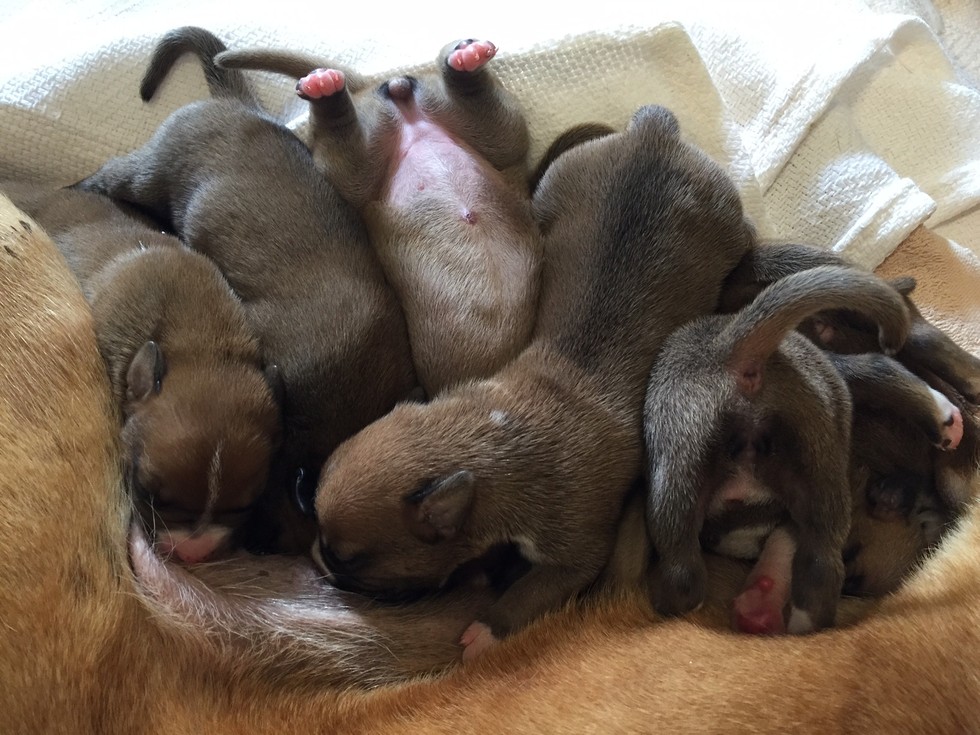 All nine puppies continued to grow bigger and healthier. 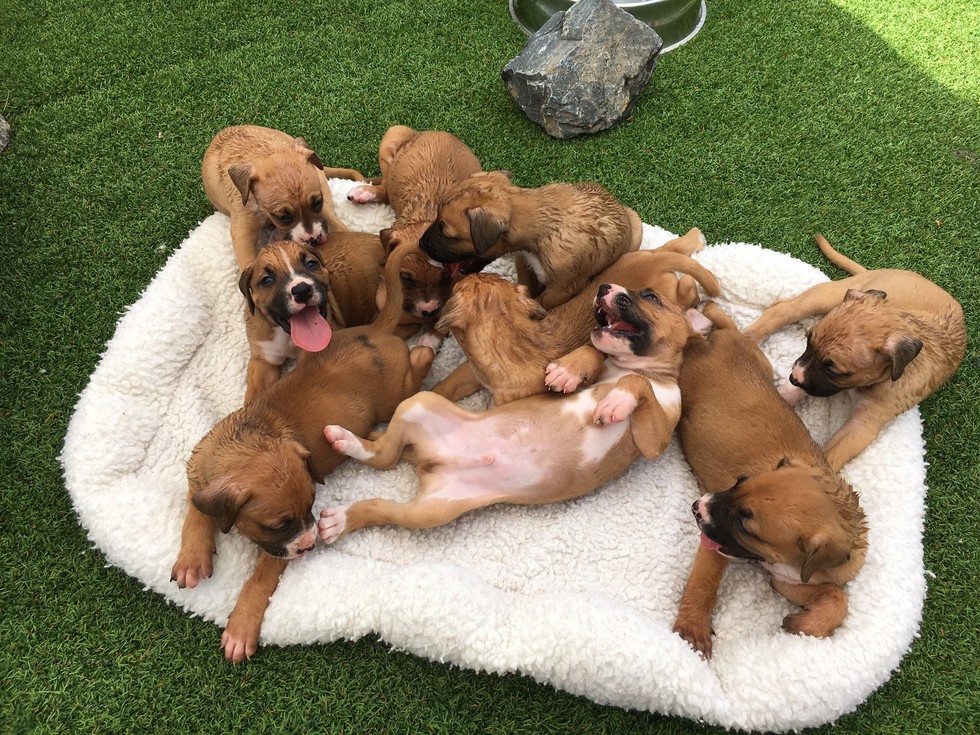 And then it was time to fly to New Jersey with Pilots N Paws. From there, Mr. Bones & Co. would pick them up and drive them to New York. 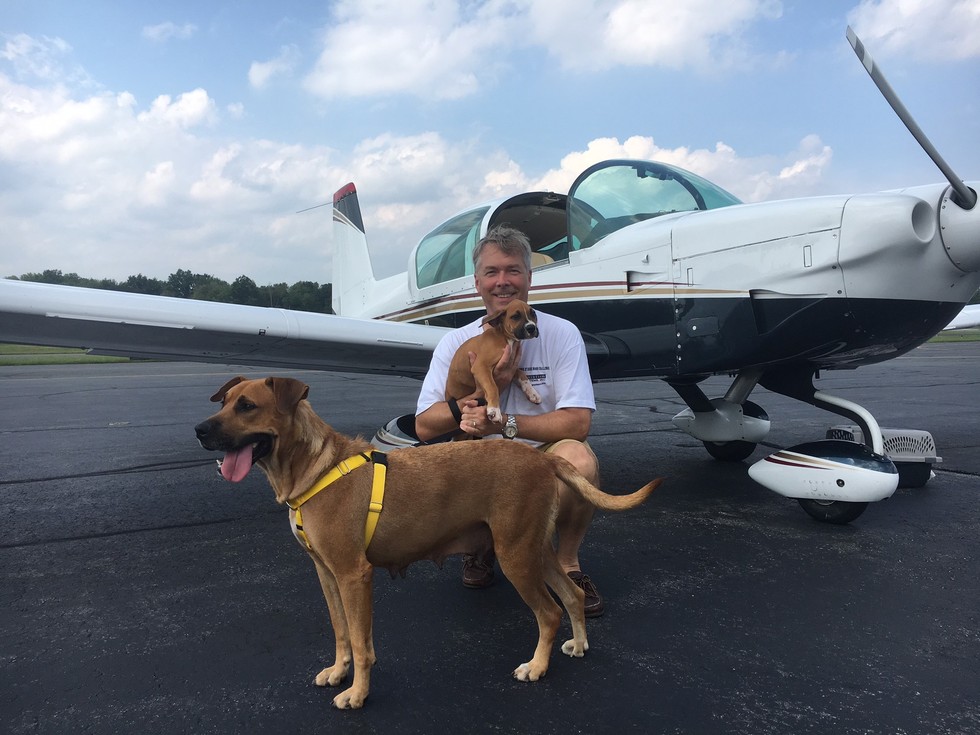 Rescuers drove the nine puppies to their foster homes the day of arrival, and now it was Nana’s turn. As she rode along in the car, they could tell the exhausted mama finally felt safe and relaxed. 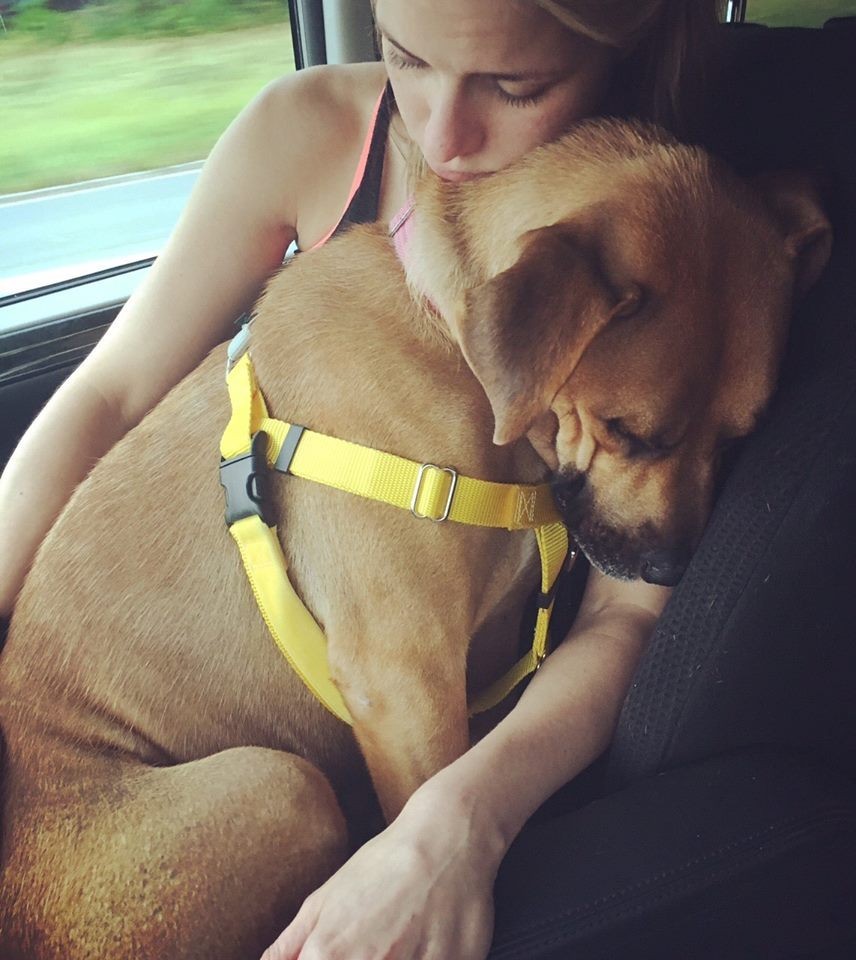 The 10 dogs would thrive in their foster homes until eventually being adopted. It was a long journey but well worth it. 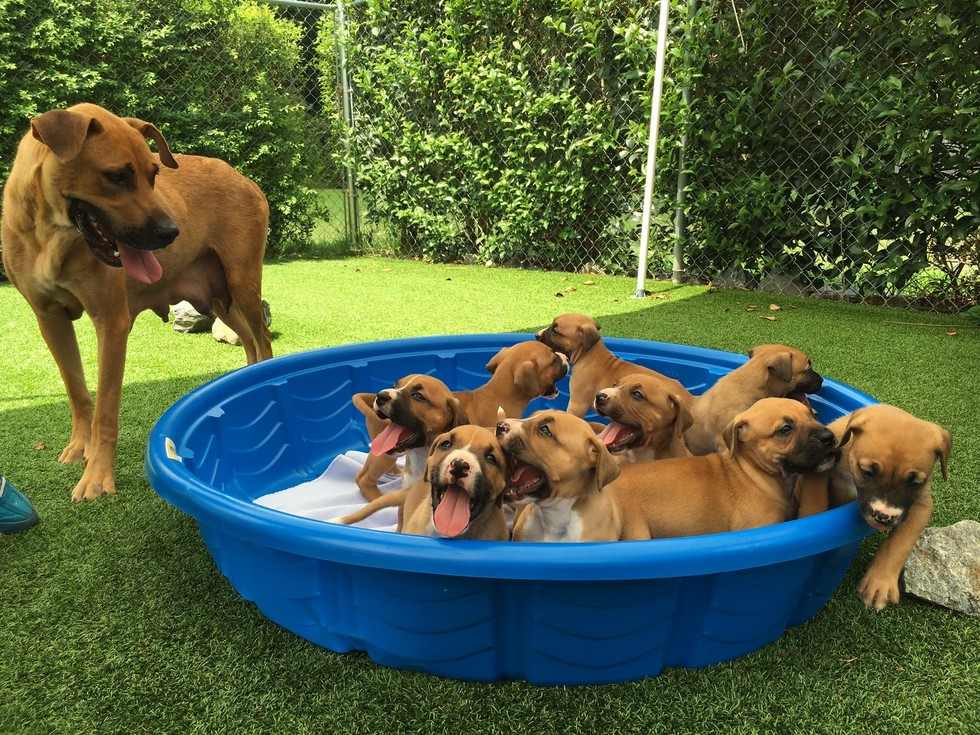 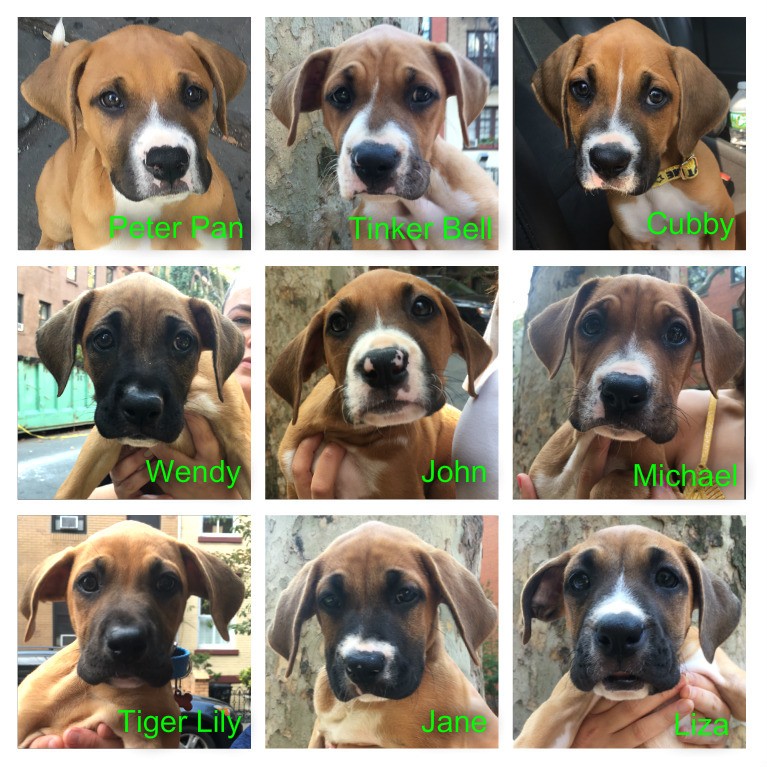 What a happy ending to this dog family’s story!