A mother dog was found on a street of abandoned houses in St. Louis. It was freezing outside, so rescuers from Stray Rescue of St. Louis wanted to find her and her puppies as soon as possible to get them out of the dropping temperatures.

They arrived at the first house and heard a dog barking. They were lucky to find the dogs in the first house they went to. The house was in deplorable condition; all of the windows were missing, piles of trash were scattered all throughout the rooms, and there was an extremely foul, pungent smell that took over the house. 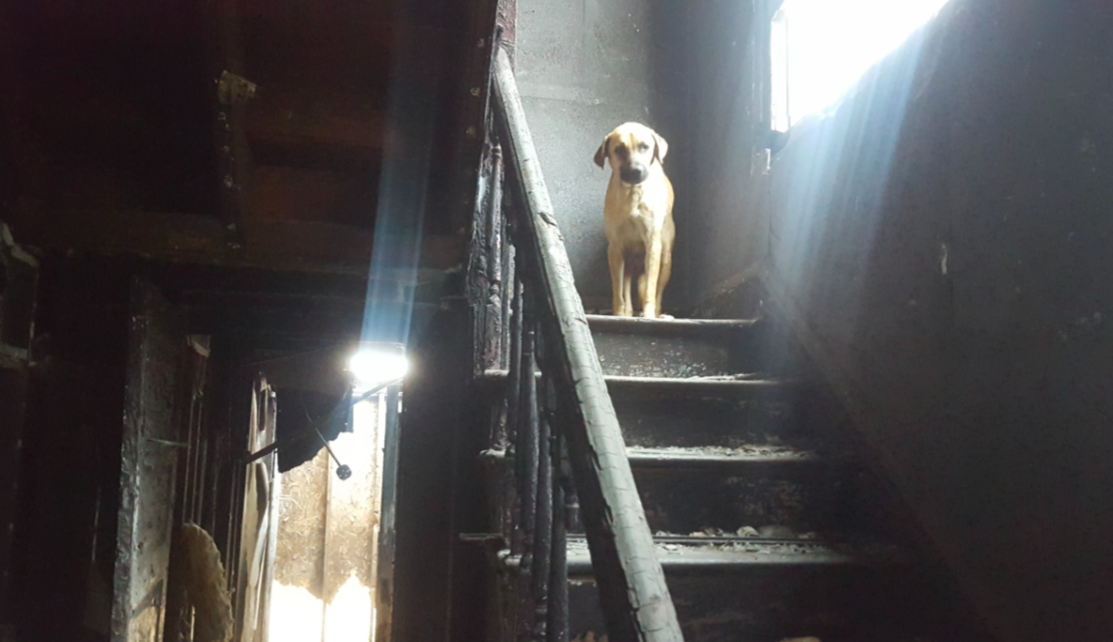 When they first walked in, they saw the mama dog standing on the stairs. As they approached, she ran upstairs into one of the rooms. She jumped on an old, ripped mattress and looked out the window, barking. She looked back at rescuers and made it seem like she was contemplating jumping out of the window to get away. 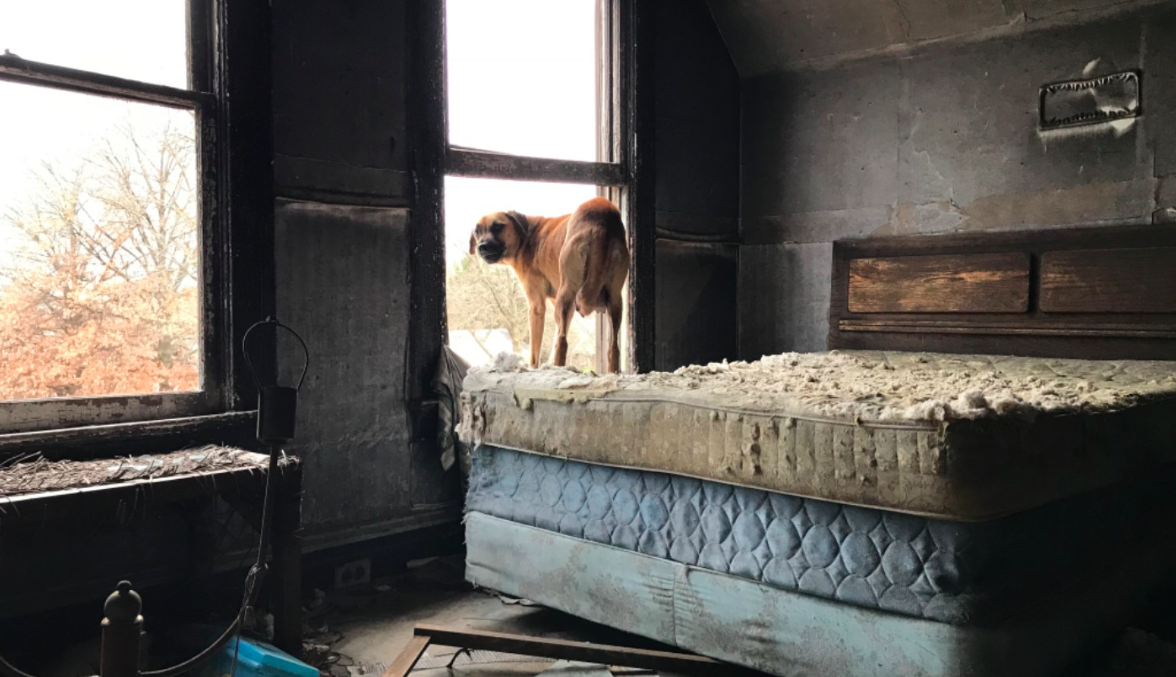 You could see the fear in her eyes, and it broke the rescuers hearts. They heard her puppies crying in another room, but their number one priority right now was to get the mom to safety. 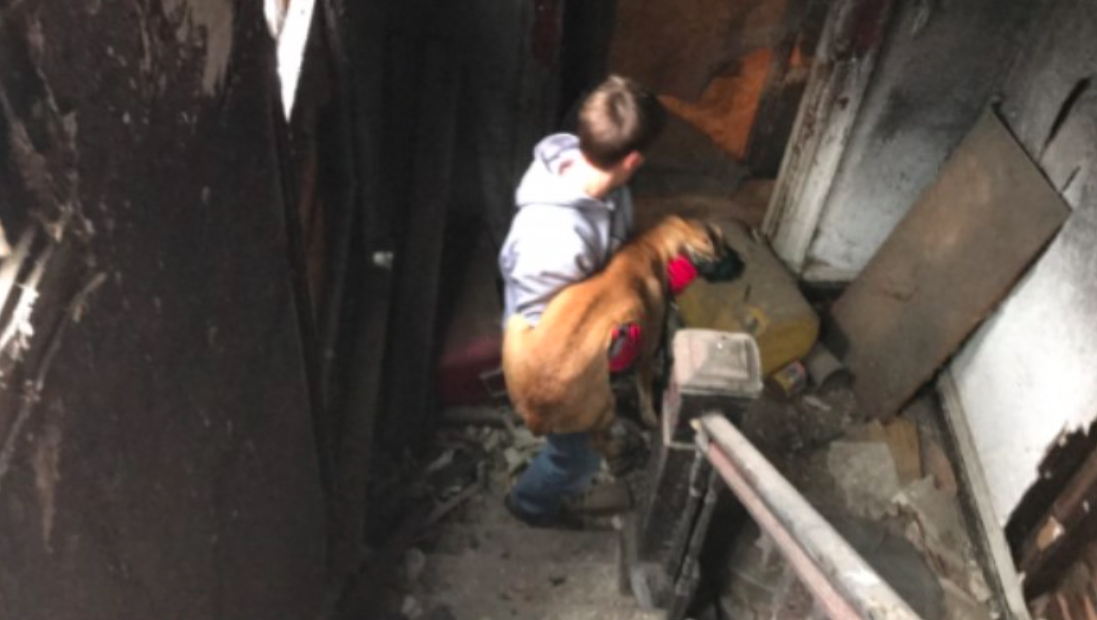 Eventually, they were able to slip a leash around her neck. They carried her out of the decrepit house and into their truck. Now it was finally time to find her puppies and bring them to safety as well. 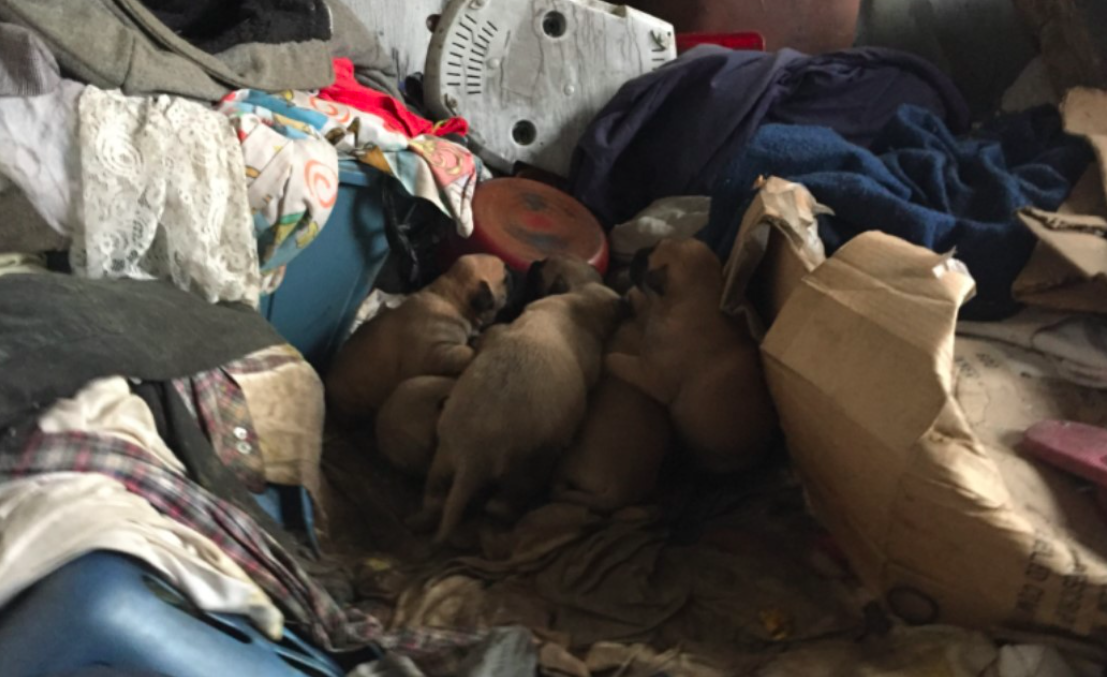 In one of the back rooms upstairs, they finally found the pile of puppies, lying amongst piles of old clothes. They were all huddled up together for comfort and warmth. Mama dog did a great job finding the perfect spot to keep her babies during these cold winter days. 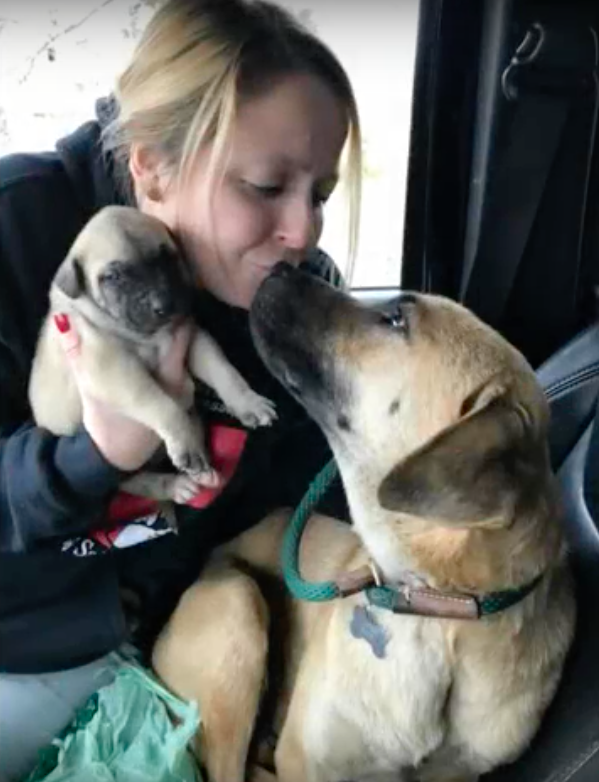 Rescuers found a laundry basket nearby and began placing each puppy inside. The seven puppies were surprisingly chunky and very healthy looking. They named the mother Champagne, and brought her and her puppies back to their shelter. 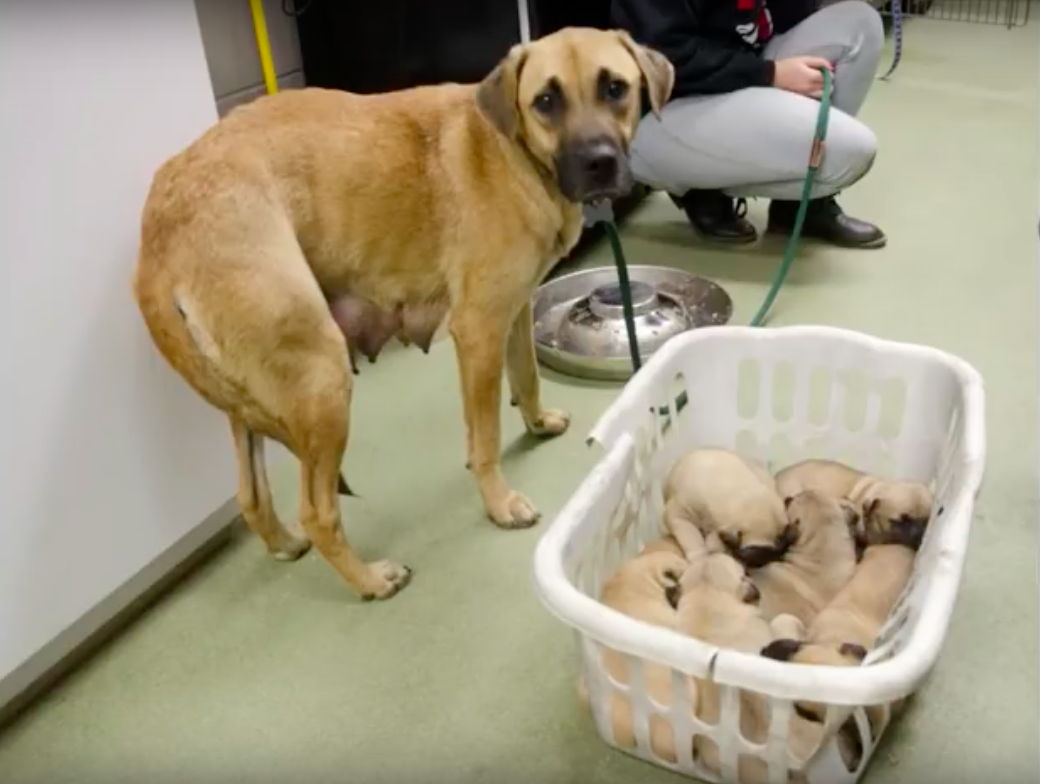 Once they were back, the exhausted mama dog lowered her head and closed her eyes. Knowing she and her babies were finally safe, this was probably the first time she was able to rest. This adorable family is now being well taken care of and will soon be up for adoption. Thank goodness they were rescued from the cold!