Animal Aid Unlimited saw a puppy in the middle of the road and thought she was dead. The pup’s head was turned almost all the way around, and she had blood coming out of her nose. But as they got closer, they noticed her breathing.

The poor thing had been hit very hard on the head and kept going in and out of consciousness. They gave her pain medicine and treated her for brain swelling while checking for broken bones. The dog had no control over her body and still couldn’t stand on her own after five days. 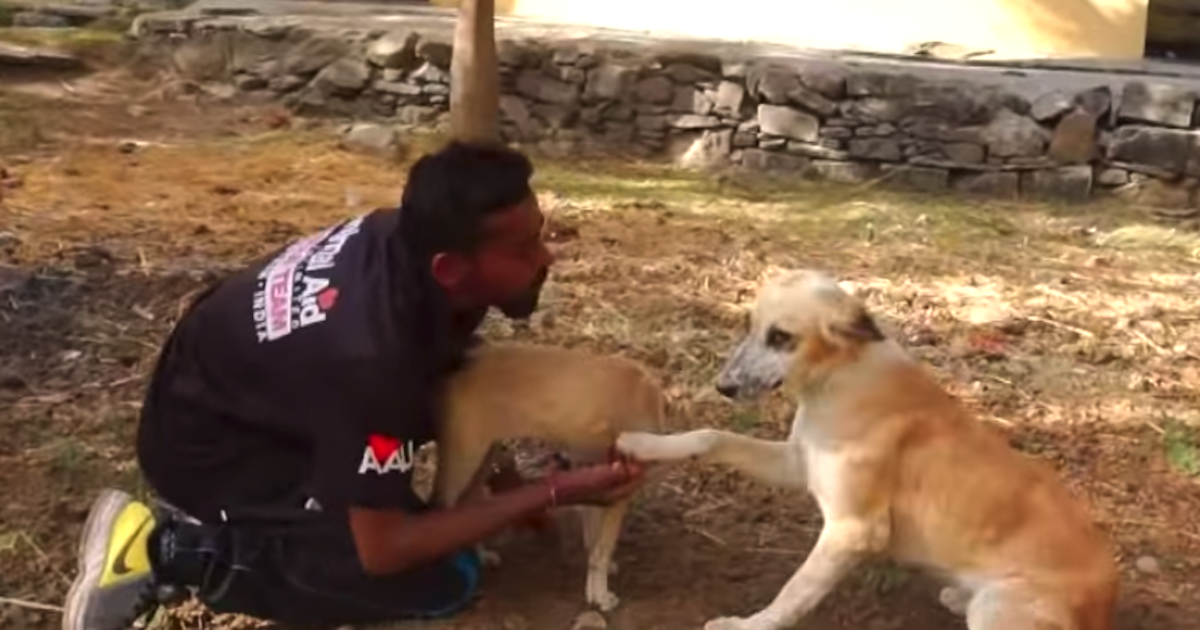 But when she eventually started to eat on her own, rescuers became hopeful. The puppy was just moments away from death when scooped off the road, but after lots of love and care, Jellybean is as good as new. And mama had something to say about that! 😉