Emergency responders had an unusual call to Tampa Bay Airport this week when a service dog unexpectedly went into labor. The service dog named Eleanor Rigby, “Ellie” for short, unexpectedly gave birth to eight puppies while the puppies’ father, Nugget, looked on.

A crowd of travelers gathered around to watch when Ellie went into labor in the airport terminal. 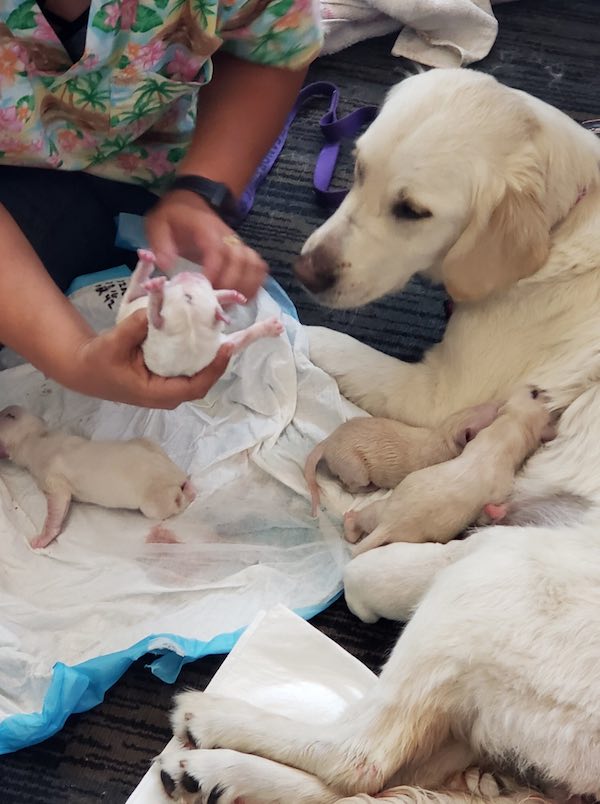 Ellie’s owner Diane Van Atter was waiting to board a flight to Philadelphia when Ellie went in to labor, The Tampa Bay Times reports. 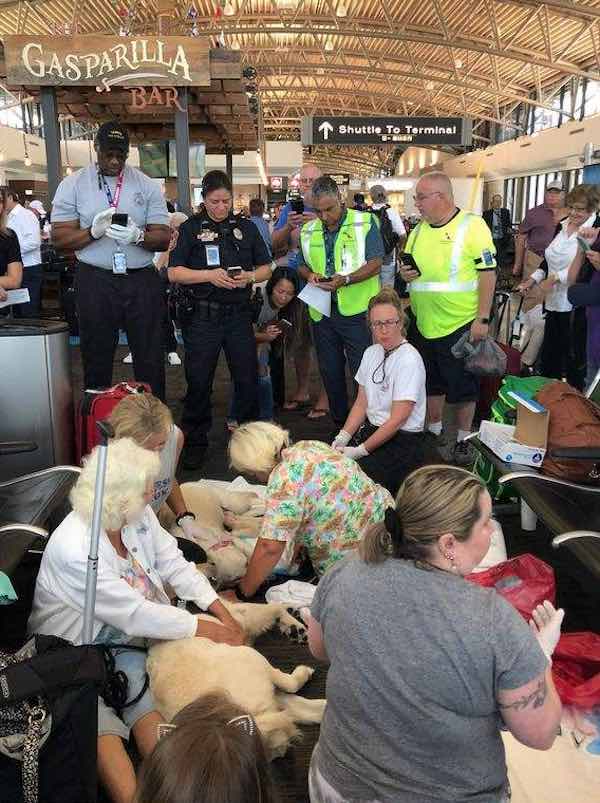 Tampa Bay firefighters were called in to help the two-year-old yellow lab deliver her puppies. For the next three hours, crowds huddled around the dogs as Tampa Fire Rescue and Van Atter and her stepmother, Karen James, assisted Ellie.

Tampa Fire Rescue tweeted about it as the puppies came one by one. 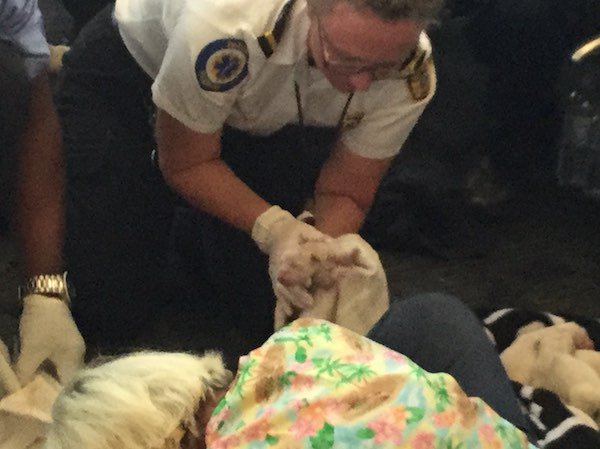 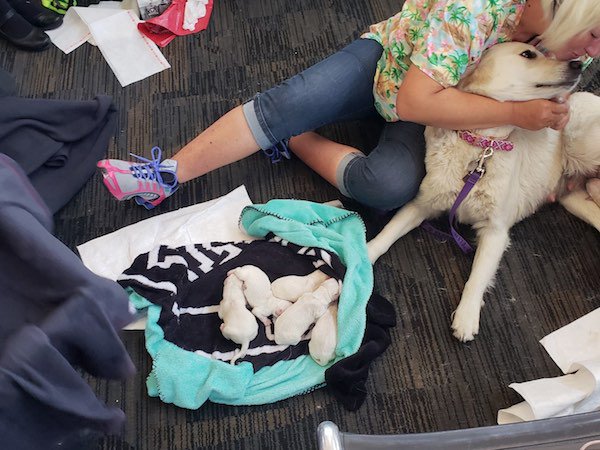 Papa dog Nugget was also very excited when his babies began to arrive. 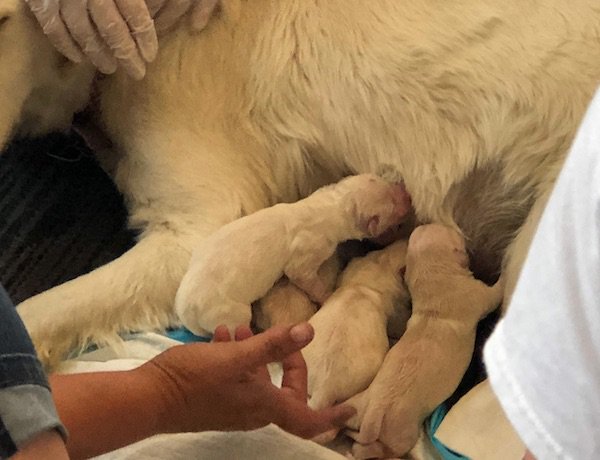 James, who was talking to the Tampa Bay Times by phone from the airport while Ellie was giving birth, gave a live account of the action, “Another one just came out!” 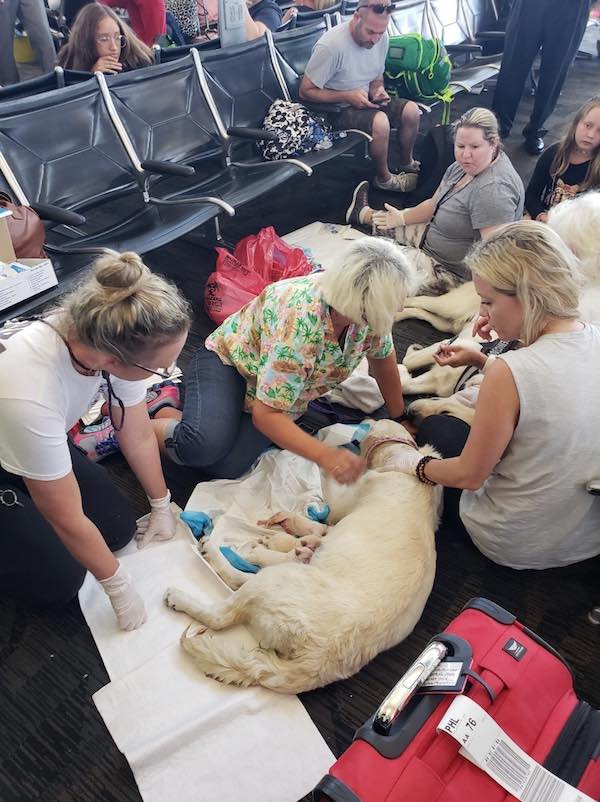 She was holding Nugget on a leash and exclaimed, “I have to go, the father is getting excited. Every time she’s ready to deliver another one he starts jumping around.” 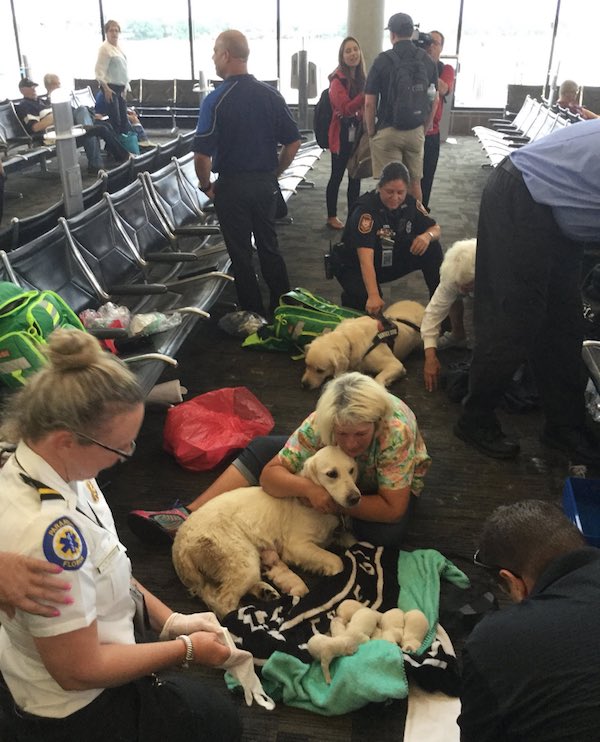 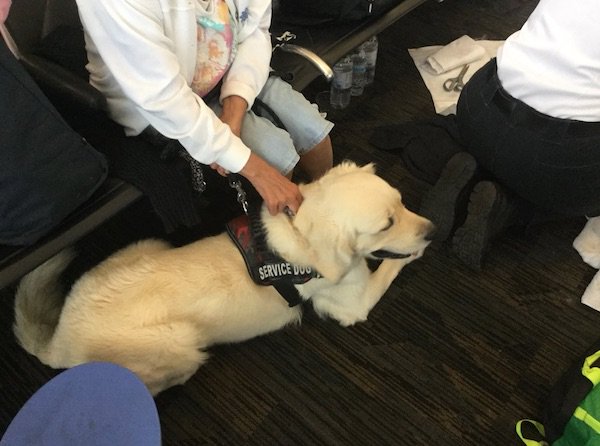 When Ellie was finally finished, there were seven boys and one girl. 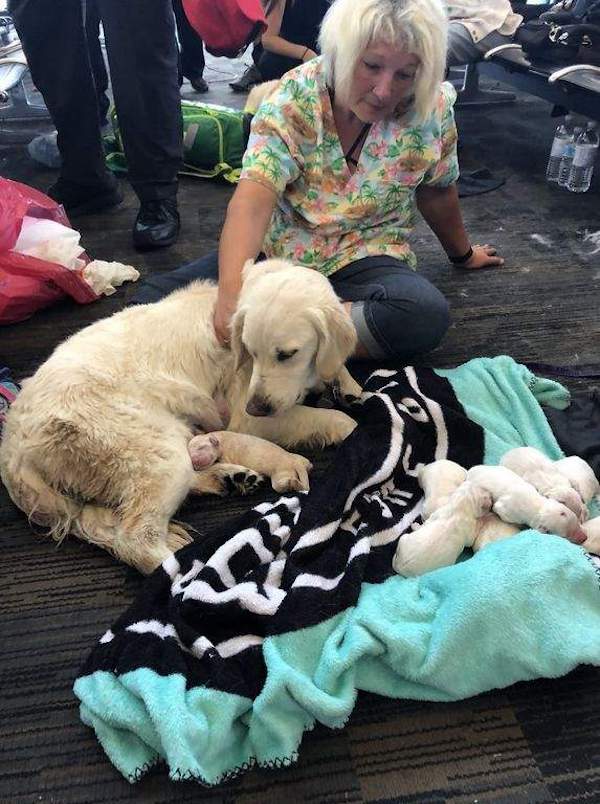 The crowd smiled and cheered when all the puppies arrived. 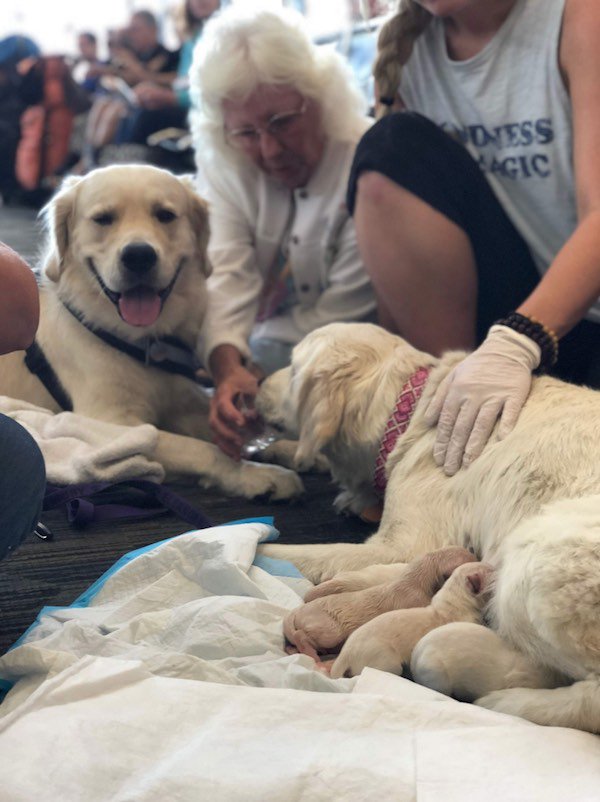 “Whew! All done mama right away began nursing the 8 puppies.” 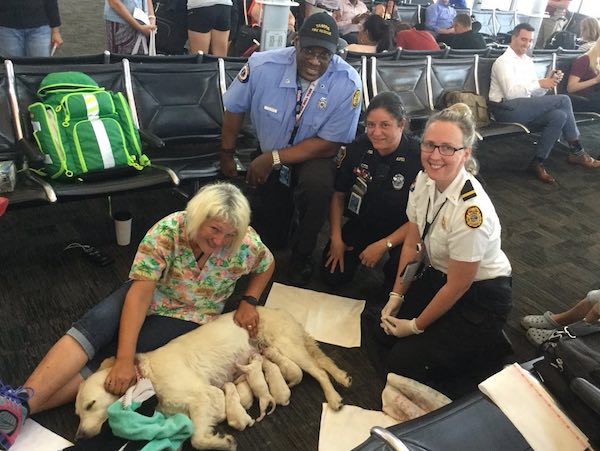 Afterwards, Tampa Fire rescue congratulated the paramedics who assisted, “Tampa paramedics do it all! PM Larry Glanton and Lt Natalie Brown teamed up to deliver the 8 puppies.”

Some of the pups have been named after the paramedics that helped with the delivery, reports Fox 13, Tampa. “Number two is Larry,” Tampa Fire Rescue’s Larry Glanton proudly told the station.

The Times reported that Van Atter and James figure that Ellie may have given birth early because of the excitement of the airport. Although they missed their flight, Van Atter said the family plans to go back to Bradenton where they would all rest before figuring out how to drive to Philadelphia with the puppies.