When Steve Greig’s dog died, a huge hole was left in his heart.  So he visited a Denver shelter to bring home the “least adoptable” senior dog there.  Now he has 10 senior rescue dogs and a whole bunch of other critters – check out his menagerie! 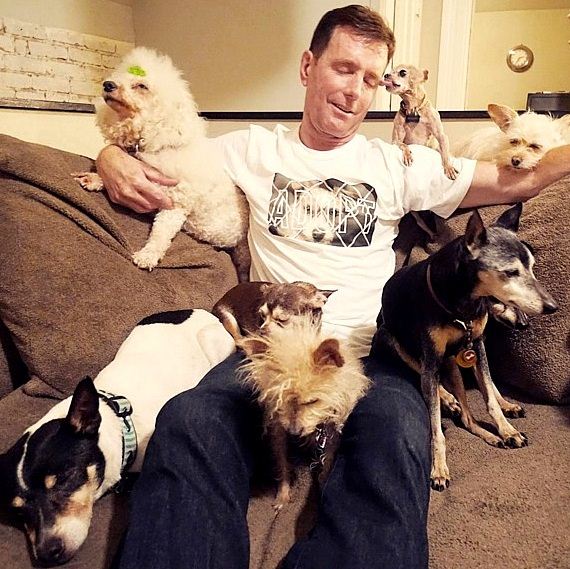 “I grew up with a lot of pets,” Steve told The Dodo.  “Both my parents were animal lovers and they pretty much always let me have whatever I wanted as long as I could take care of it.” 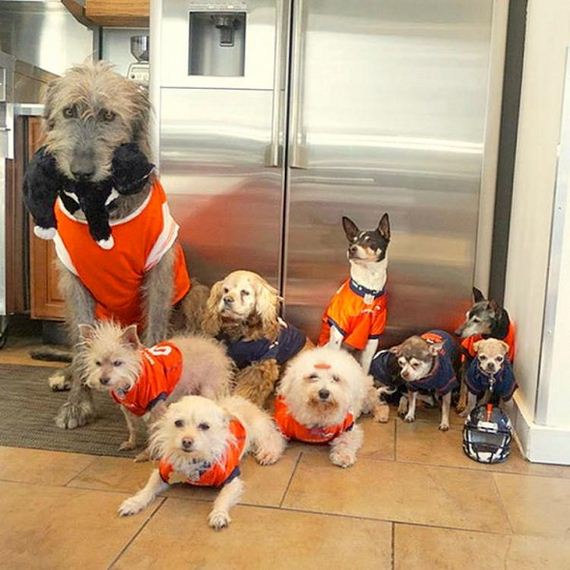 So he’s always had a handful of dogs, but the death of one in particular really struck him hard. 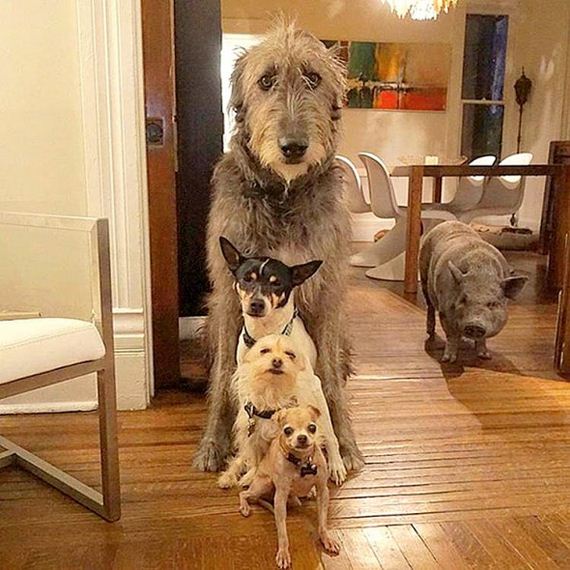 “I was just so distraught about [that death],” he said. “A month or two went by and I still felt so horrible about it. I decided that the only way I would feel better was if something good happened that probably wouldn’t have happened if he had not died.” 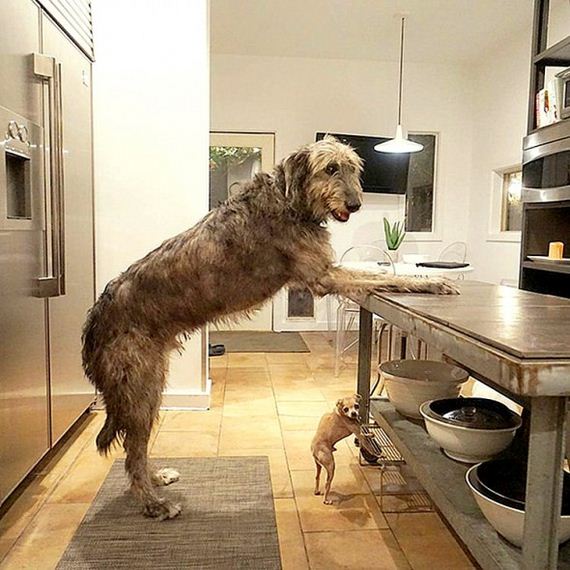 He decided to go to the shelter and adopt the dog that was the least likely to ever have anyone give it a home before it died. 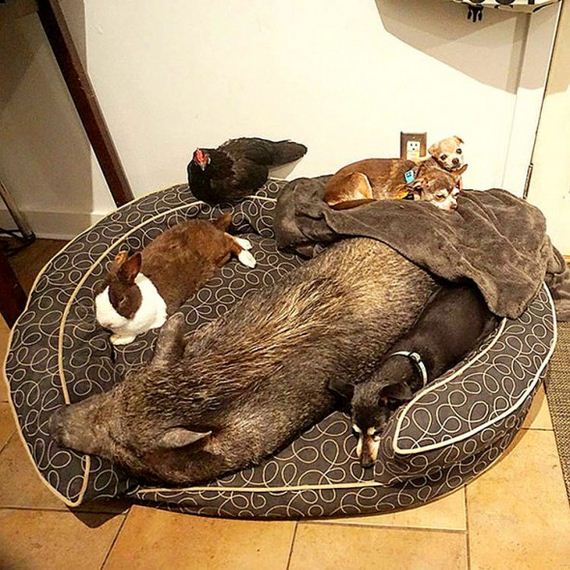 “So [I adopted] a 12-year-old Chihuahua [named Eeyore] with a heart murmur and four bad knees and I brought him home and that was just the beginning of all the animals.” 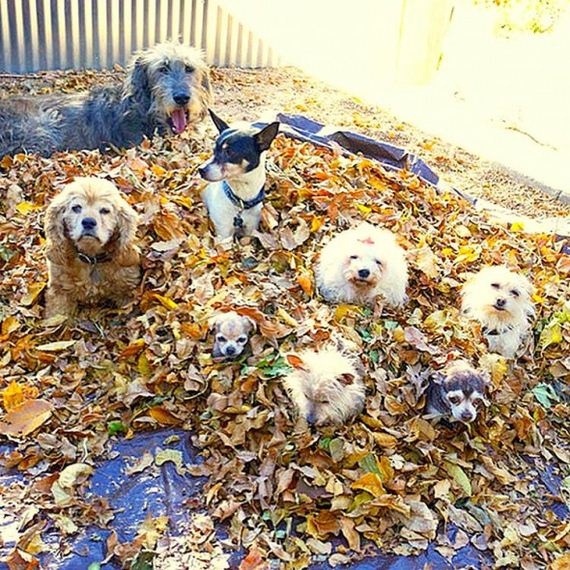 Every day Steve gets up at 5 am to prepare breakfast for each animal. They all have unique diets and some take medication, so they require individual care. He goes to work, but returns at lunch to give them treats. On the weekends, they are busy with grooming and vet appointments. 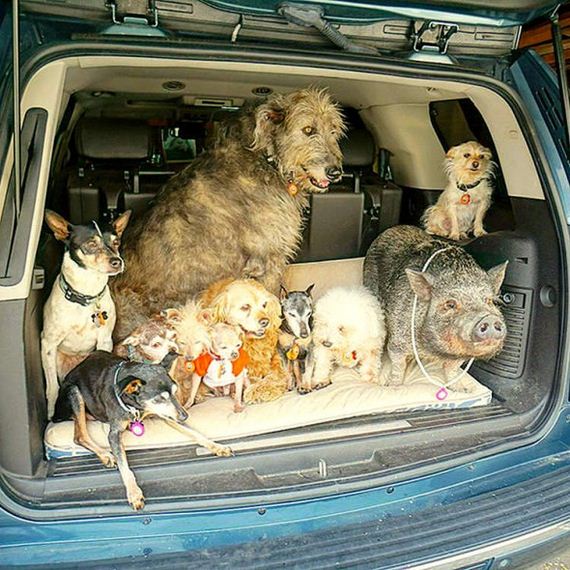 Despite it being like a canine convalescent home, life is never boring in this house. In addition to the dogs, over the years he has had cats, ducks, pigeons, chickens, a rabbit, a pig, and a pond full of koi. The pig, Bikini, is best friends with Irish wolfhound, Enoch. And his chicken, Oprah, loves to ride the Roomba around the house. 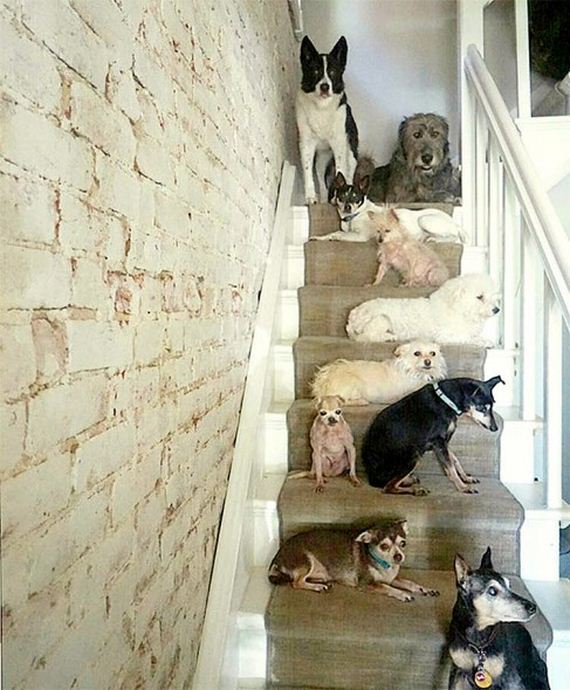 “[The] rabbit, someone just left him in my front yard is how I came to get him. I assume someone knew I had lots of animals and thought ‘Yeah, he’ll give him a good home.’ So, I found him in my front yard one morning and I put him in the chicken coop because I wasn’t sure what to do with him.” 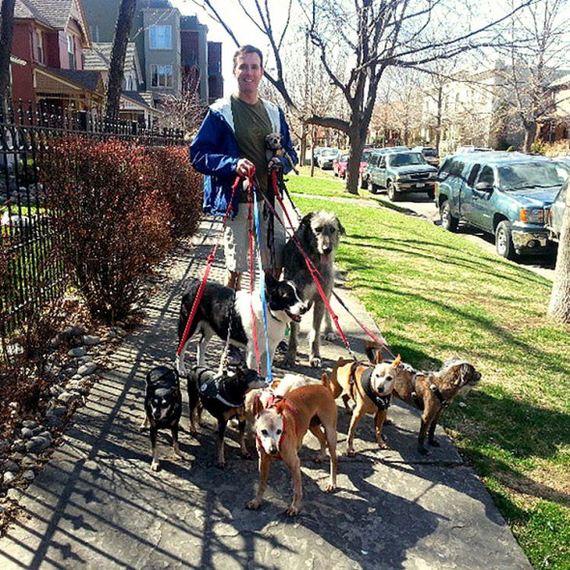 It was all just meant to be. Bikini was raised around dogs, and Stuart (the bunny) is fearless and gets along with everyone. Of course, it probably helps that all the dogs are old and spend most of their time snoozing. 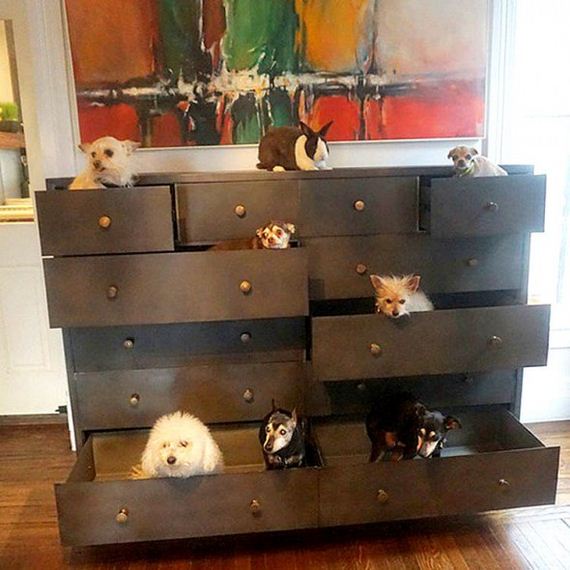 “They’re just wiser animals,” he explained. “You kind of know what you want out of life once you become a certain age. These dogs know who they are and it’s easy to develop a relationship with a person or pet who knows who they are.” 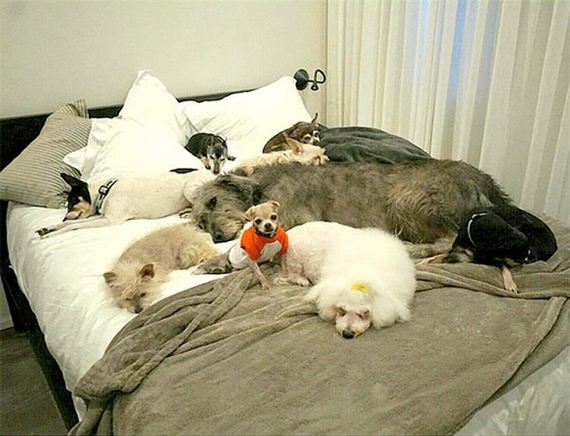 Steve says he’d never be able to live this way with this many puppies. The seniors are all low-energy, and make like very chill and rewarding. 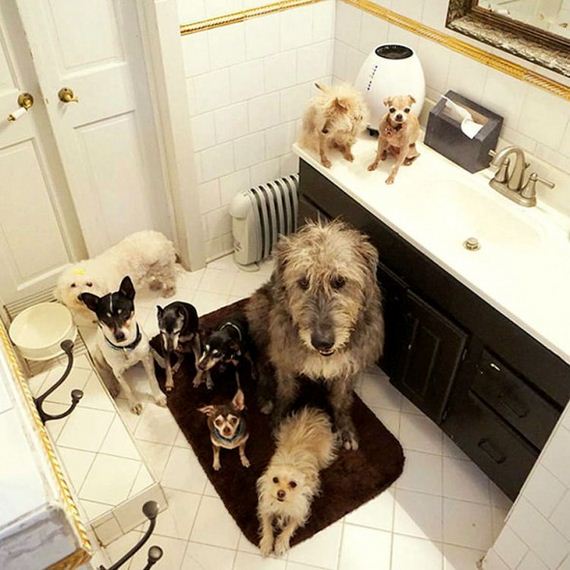 “Like right now, I’m outside on my patio and it’s a beautiful day. Bikini’s laying in the yard and the dogs are all laying around the yard. They just makes it feel like home. It’s just fulfilling knowing that these guys are happy and loved and well-taken care of. It makes my days worthwhile.” 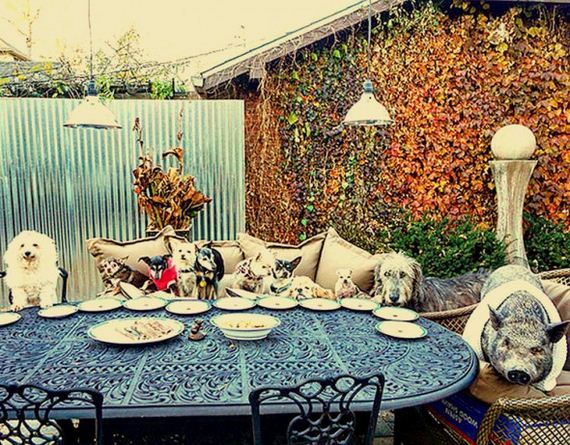 This is just the tip of the iceberg! To see more insanely adorable photos of this awesome brood, follow Steve on Instagram. 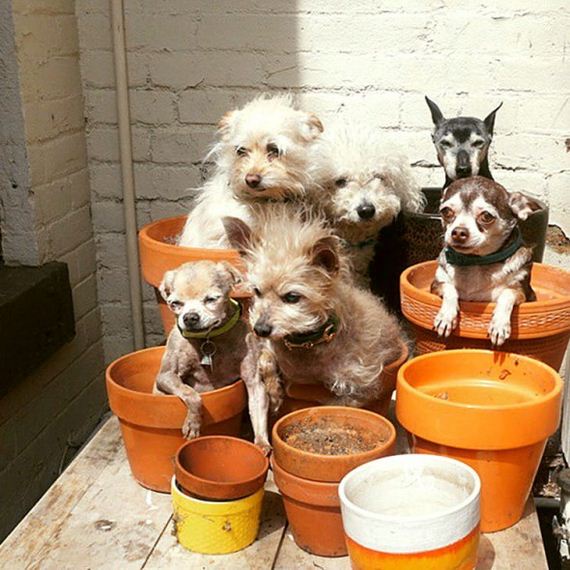 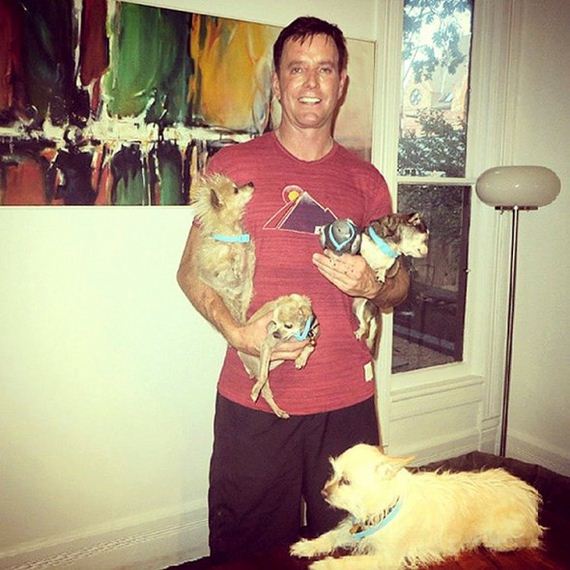