From the our archives comes this Rescued dogs are family story from Patrick Finnegan about helping his best friend put a dark past behind him.

“After about a year and a half of living in an apartment, I decided to buy a house and once I moved in, I knew it was time to get a dog. I didn’t know what dog I wanted, but I knew I wanted one. I would go to dog stores and look at the puppies there and play with them to try to find out what one I wanted.

“After not having a connection with any, I decided I would look into rescuing a dog. After what seemed like looking at 100 different dogs online and wanting all of them, I went to a shelter to look at a dog named Junior.” 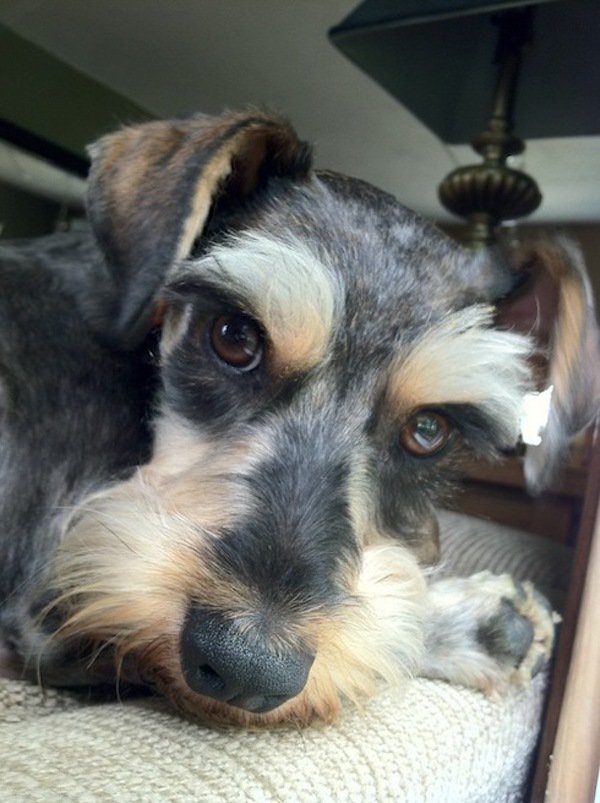 “When I saw him, he was not groomed, smelled bad, was hyper, and looked like he was a fighter. As soon as he saw me, he jumped up and he knew he was going be going to a new home. I instantly fell in love with him and said I would take him.

“After I got him home and cleaned him up and got him groomed, I never realized what type of life Dempsey or D ( I changed his name after I adopted him) had. From what I could tell, he never had a forever home. He was abused before by someone. I found this out by finding a bullet lodged into his back and one of his nails are growing upside down.”

“Dempsey has been a complete treat to have in my life. He is your typical dog. He sleeps in my lap when I am home watching TV or relaxing. He sleeps at the foot of the bed or even under the covers and thinks my pillow is his. He loves to chase after squirrels and rabbits.

“Most people I feel would give up on him, as he still has his problems with bathroom issues or obedience. But he truly is a gift from God. He is such a good fit for me and I would not change him for the world.

“I wasn’t the one that adopted him, he adopted me.”