Michael Baines may seem like an average guy, but he does something very special.

Every day, he makes multiple stops to feed 80 stray dogs. He’s been doing this for five years.

Though raised in Sweden, Baines spent his childhood holidays in Thailand, and was eventually drawn back to the country in 2002. 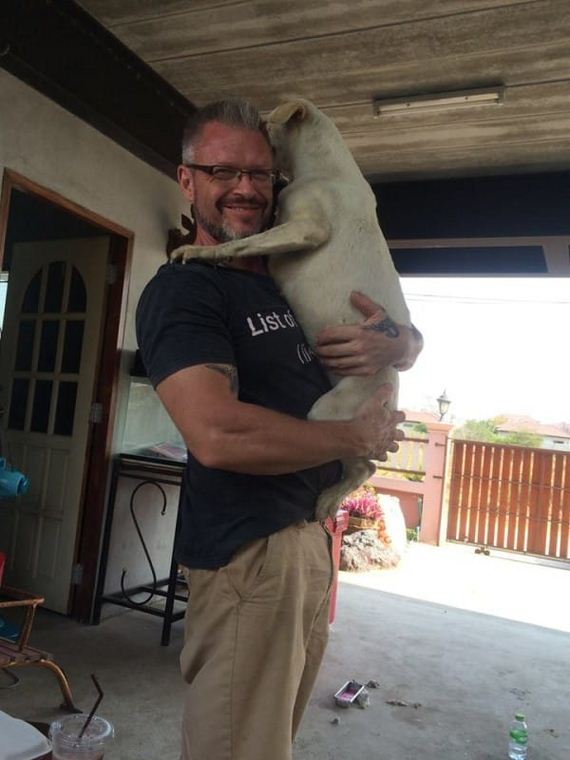 Though raised in Sweden, Baines spent his childhood holidays in Thailand, and was eventually drawn back to the country in 2002.

Although stray dogs generally are not treated very well in the streets of Thailand, the dogs he cares for have come to trust him and look forward to his visits every day. Baines goes out of his way to make sure his wild, furry friends are cared for, much like these two brave men who went out of their way to free a frightened cougar.

Baines’s actions have not gone unnoticed by the locals. “People in Thailand say it’s a dog problem,” Baines told the Dodo. “I say it’s a people problem.”

Scroll through below for a look at this amazing man and the incredible work he is doing to help dogs in need.

What do you think of Baines’s efforts to help the stray population in Thailand? Let us know down in the comments! 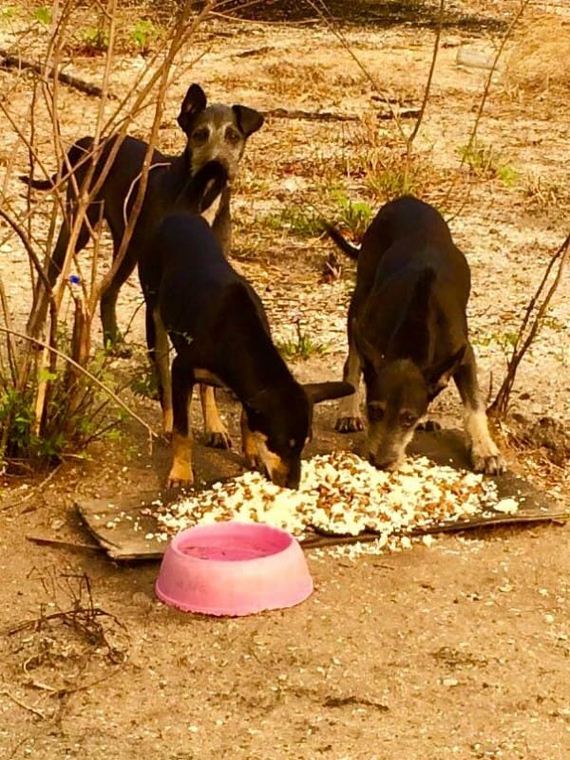 Baines’s love for the strays began after he moved to Thailand and began working at a restaurant. At work one day, a street dog came by, and she was badly infected and very thin. Soon after, she ended up having puppies.

Baines says his heart broke for her, so he began to feed her every day. 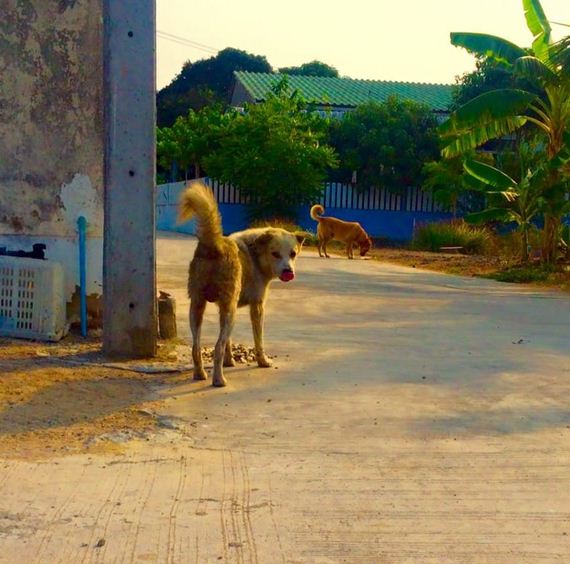 That one desperate dog is how Baines’s mission to save the strays began.

Now, he makes 17 stops every single day day, feeding 80 strays along the way. 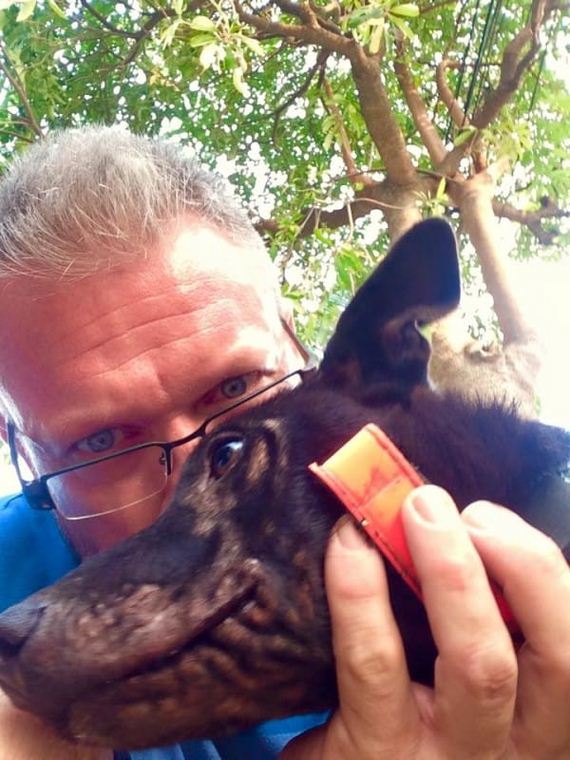 The food is a mix of dry dog food, boiled rice, vegetable oil and bouillon, and boiled chicken, pork or fish mixture for taste.

One time per month, Baines adds a medicinal powder to the food that helps keep the strays from contracting worms, ticks, or fleas. 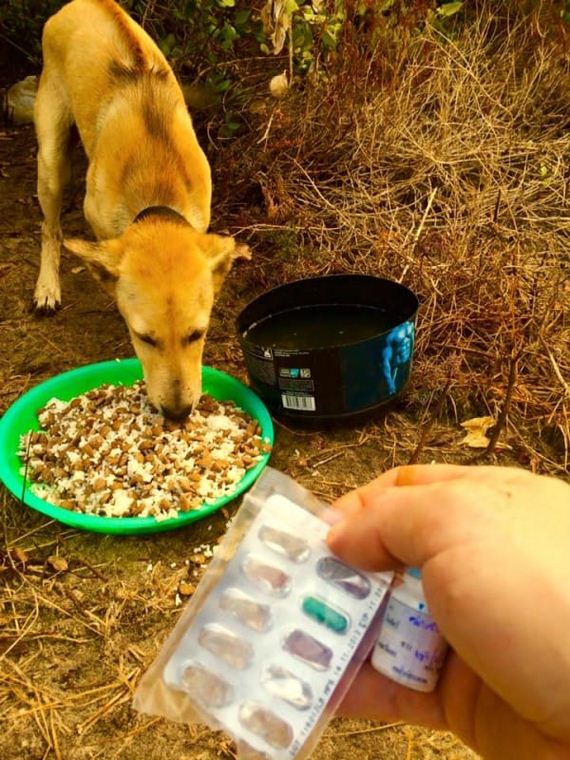 Most of the costs are covered by donations and Baines’s own money. In addition, he has made a huge effort to get as many dogs as possible spayed and neutered. 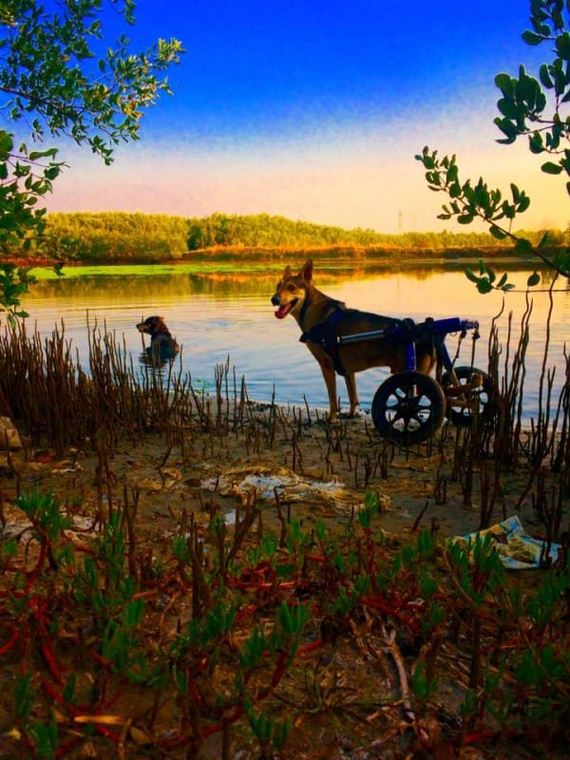 Although he isn’t able to house every dog, he keeps the particularly sick ones at his restaurant, or he will try to find them a home.

Unsurprisingly, he hasn’t been able to let go of some of them. He has adopted nine dogs of his own. 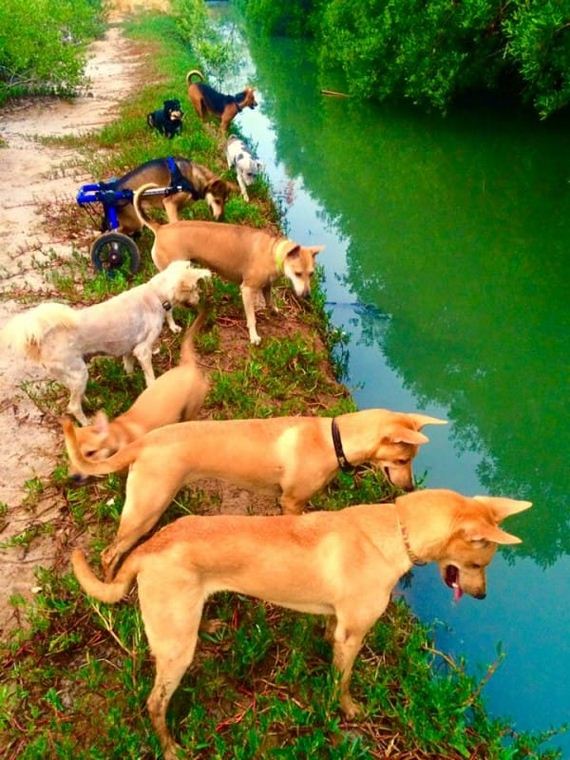 “Nine is not crazy, but 10 would be crazy,” Baines joked to the Dodo. “Nine is a good number.”

One of his dogs, Coke, is in a wheelchair. His previous owner let him run through the streets, and the poor pup got hit by a car. Baines offered the owner a wheelchair, but the owner asked Baines to take the dog instead. 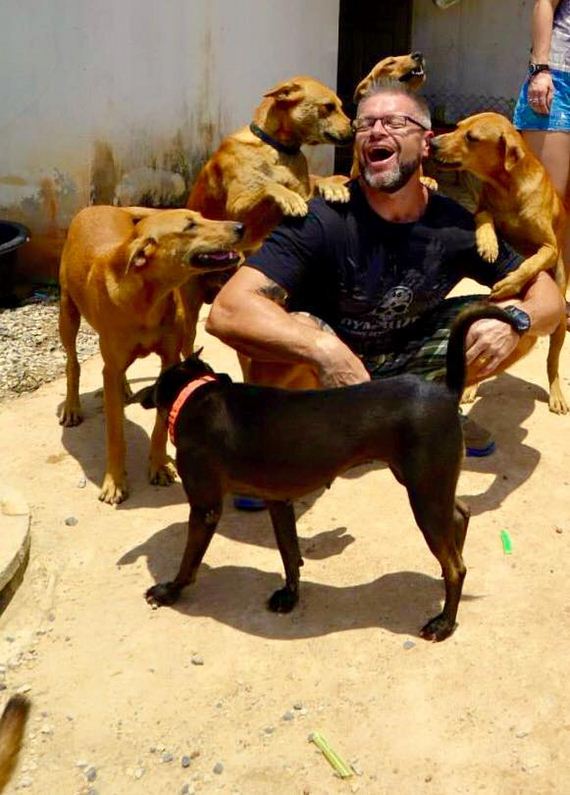 It is estimated that there may be as many as 300,000 stray dogs in Bangkok, Thailand’s capital. There aren’t many shelters, and some locals see the dogs as pests rather than pets. 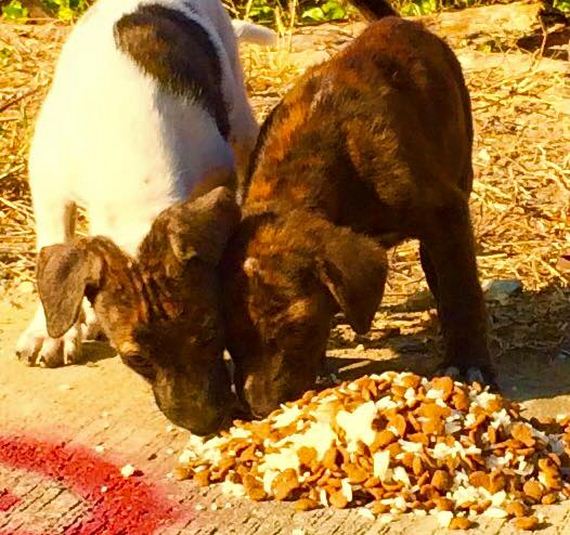 Baines says that change is going to take time, calling this a “people problem.” 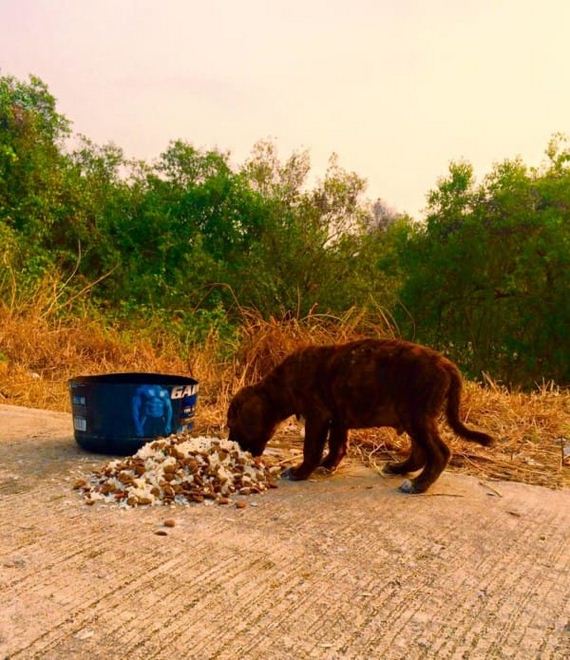 Baines has created a special bond with his furry friends, and these dogs have come to trust him and enjoy his visits.

He is hoping to change the hearts and minds of the people of Thailand and make them realize that all dogs deserve love.