From the DogHeirs.com archives comes this touching story of a dog’s human and the lengths he went to to make sure his dog with disabilities enjoyed life outdoors.

Josh loves spending time with his rescue dog Keller, who is blind and has three legs. While enjoying his hobby of welding, Josh came up with an idea that is not only fun, but also helps his dog Keller have fun outdoors with him. Josh’s creations have gotten some unusual reactions around town but that doesn’t matter to him. 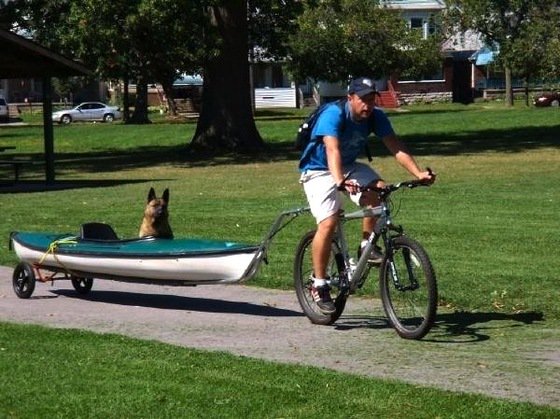 “People look at me strange, but I don’t care,” says Josh. And Keller loves it!

Keller is an Akita/Chow mix – or “Chiquita” – as Josh likes to say. She was born blind and with dwarfism. “Everything didn’t line up quite right and her retinas never attached,” describes Josh. He named her after Helen Keller, who is credited with introducing the Akita breed to America.

Keller’s original owner was going to put her down. Josh explained, “She ran away and was picked up by the shelter I volunteer at. Love at first sniff for me!”

This is Josh and Keller’s story:

“I started welding as a hobby and came up with this for my kayak (I live very close to the Niagara River).” 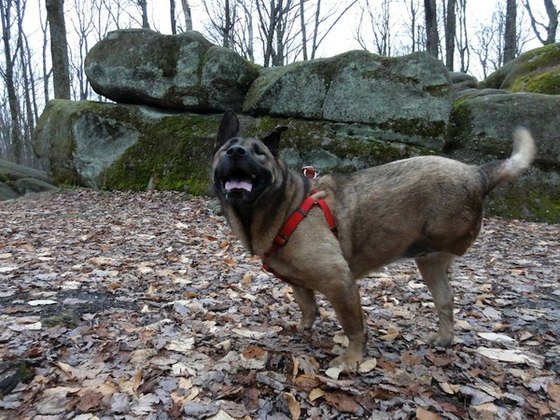 “I soon discovered an easy way for my girl Keller to get out and have some fun!”

“She loves adventures! This is her romping around at Allegany State Park.” 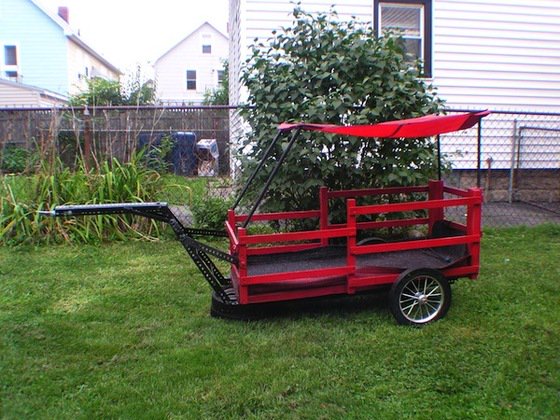 “I decided to work with the idea… And started welding some more.” 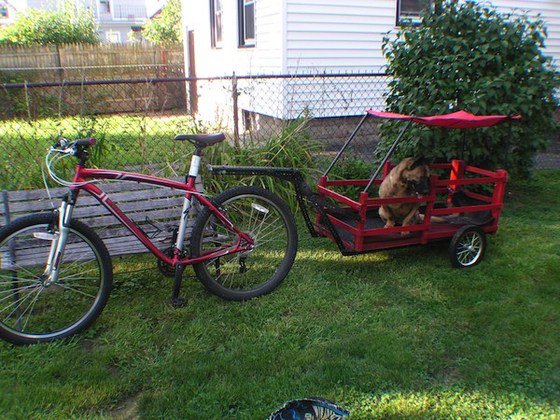 “Here is a caricature drawing of our maiden voyage. Done in MS Paint by a friend of mine. Yeah, he is pretty awesome.” 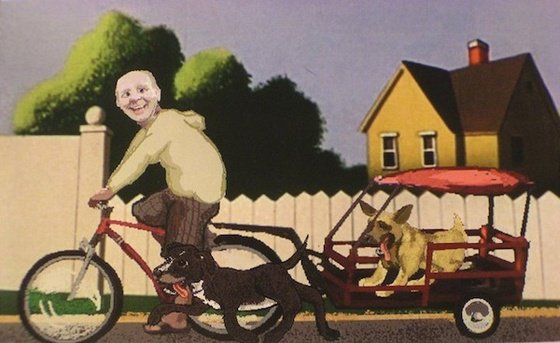 “Love and licks to you all.” 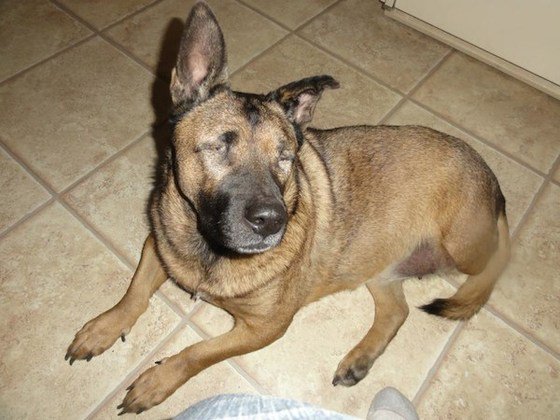 “I love my totally normal dog!”

Published with permission from Josh W. This article was originally published on January 16, 2014.