A man in Tbilisi, Georgia had a tearful reunion with his lost dog after finding him on a street. He sees a dog curled up on the sidewalk and as he approaches he calls his name.

The dog looks up and after a pause of a few seconds recognizes his long-lost owner. The dog whimpers and excitedly wags his tail as they hug and reunite.

A redditor shared some of the story of this heartwarming reunion writing:

“From what I understood of the story, the man lost his dog three years ago and received a phone call from a shop owner to let him know that a dog which looks a lot like his was laying in front of her shop. How she knew this I do not know, probably through some acquaintances.”

“Anyway, he made the trip and as he approaches he is in disbelief, commenting that it really does look like him… The way he calls him and the reaction of the dog speak for themselves.”

What a touching, heartfelt moment to watch. Click pay to see their reunion.

There’s so much love and tenderness in that final shot. I’m so happy they found each other again. They must be so relieved to be back together once more. 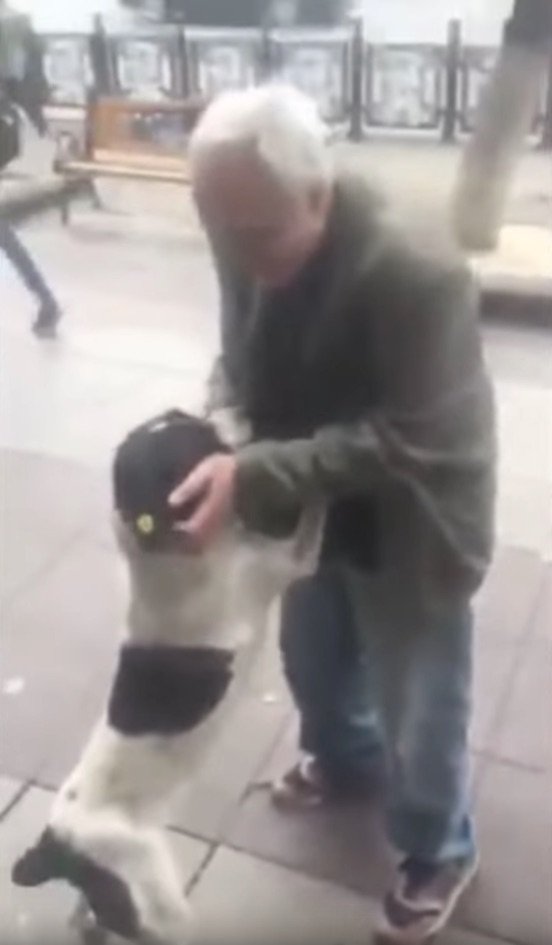