Louis Armstrong, from Boise, took a trip to Kamiah, Idaho to check on his family’s property after the wildfires swept through the area. The fire destroyed about 300 acres, and 42 homes were lost. Armstrong’s home had been spared, but the property and forest surrounding the home had been leveled by the blaze.

As he was touring the area near the family tree farm, he spotted a heartbreaking scene. Three of his neighbor’s sheep dogs (a momma and her two offspring) were keeping watch over a fawn that had lost its life in the fire. Armstrong snapped a picture and reported that the dogs were protecting the fawn. On his Facebook page, he wrote that the dogs had been there for hours and refused to leave, they bark at people who come close. 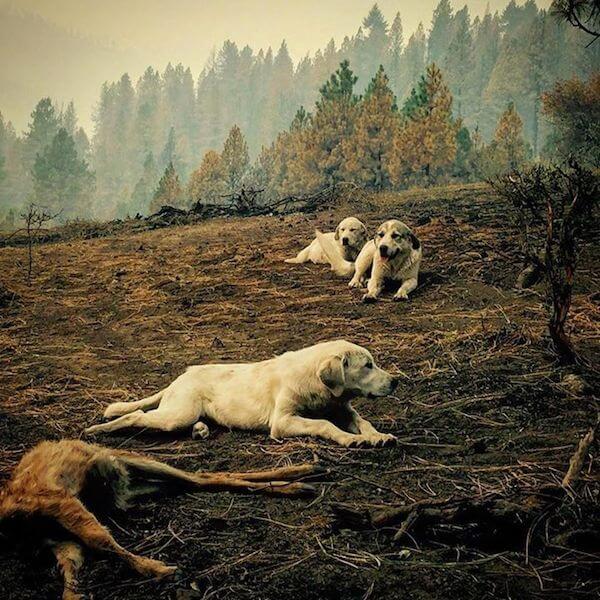 The dogs stood vigil until sunset. People believe that the dogs thought of the fawn as one of their herd. Share away, people.