Sometimes things are not what they seem. Tyler Wilson will remember that for the rest of his life!

When Wilson stopped at a local gas station nearby his home in Kentucky, he was approached by a Yellow Lab that was all by himself. Wilson was pretty sure he had seen the dog before and was quite concerned. His head began to spin: Where was his family? Was he okay? What could he do to help?

“I’ve seen the dog a couple weeks before around that area,” Wilson tells The Dodo. “So when he came up to me at the gas station and sat next to me, I was like, ‘This dog has been lost for a while.’” 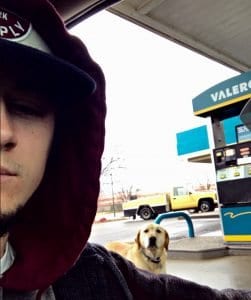 But then Wilson got the surprise of a lifetime! He, of course, checked for identification tags on the sweet pup and there, hanging from his collar was a silver tag. This may help! This may find his family! Expecting the dog’s name and a phone number for his owner, Wilson was TOTALLY taken aback. There was something very special, and totally unexpected, printed on the Yellow Lab’s collar:

Wilson decided NOT to tell Dew to go home right away. Instead, since Dew was obviously in the mood to say “hi”, he spent some time with him giving him pets and some much-wanted attention.

As it turned out, Dew is actually a local celebrity. Most of the people around town know Dew. He spends much of his days strolling about, greeting people. He then, when ready of course, goes back home to his 70-acre farm where he lives with his loving family. 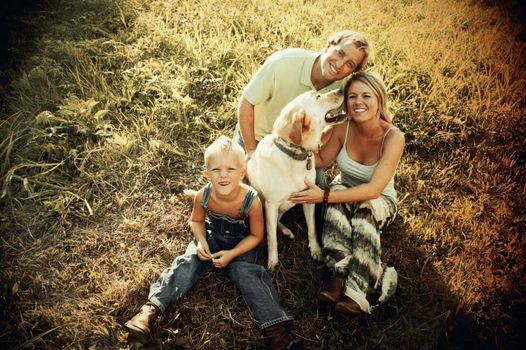 Dew has always had an adventurous spirit. No matter how hard the family tried to contain their dog, he would find a way to escape. However, when he ran away, Dew always returned home. His family adapted to Dew’s personality, knowing he is very smart, he’s always aware of his surroundings and he always (safely) returns home.

“Dew loves to make new friends,” his family tells The Dodo. “Fortunately, Dew is chipped and wears a GPS tracker so when his sneaky little self gets out and about, we always know where he is! He just likes to spread the love.” 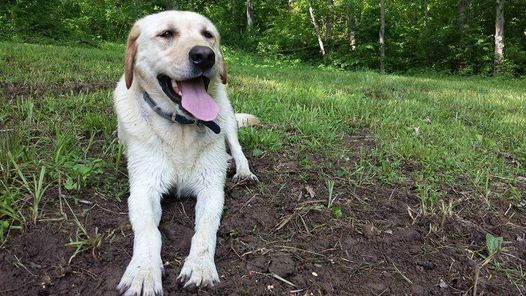 Dew’s family admits that his journeys aren’t the safest, but they have accepted their dog’s habit of roaming. They’re so grateful that Dew meets people who make sure he’s okay, even giving him a drink of water and a loving pat on the head.