A Good Samaritan in Kansas was throwing something away in a dumpster when he happened to look to the bottom and saw a sight he just couldn’t believe; there was a young, injured puppy huddled up in the middle of all of the trash. He immediately scooped the little guy up and took him to Unleashed Pet Rescue and Adoption. 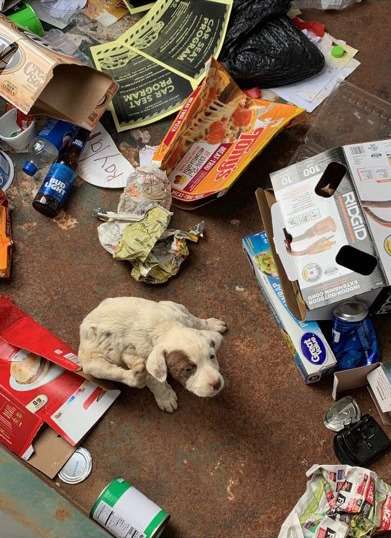 The rescue was furious that someone could abandon a puppy in this way.

“There is absolutely NO EXCUSE to treat an animal this way and it absolutely disgusts us to think that someone could do this,” they wrote on Facebook. “We as humans can do better.” 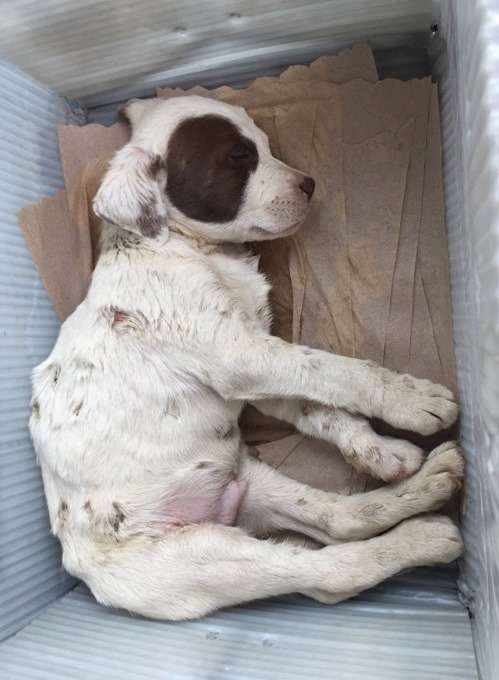 They named the pup Minimus and discovered he was only around 2 months old. He wasn’t in great shape, but they were hopeful he could make a complete recovery.

“He’s in stable condition but covered in open, puncture-like, oozing wounds throughout his tiny little body and we’re not quite sure what it is from. He will need to see a vet and be evaluated so we can get him whatever he needs to heal, but it might be costly. None the less we are going to give this little guy the chance he deserves!” 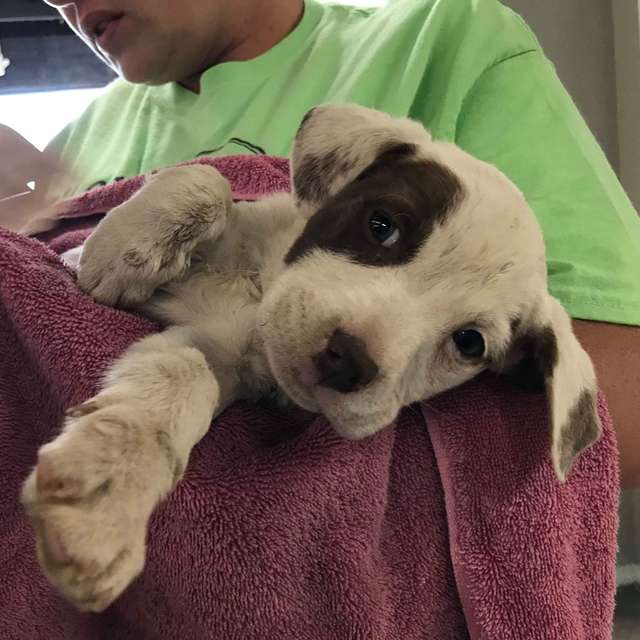 After everything he’d been through, Minimus was just happy to be around people. The puppy has started doing better and is now recovering and resting in a foster home. He’s available for adoption, and hopefully soon he’ll get that forever home he deserves. 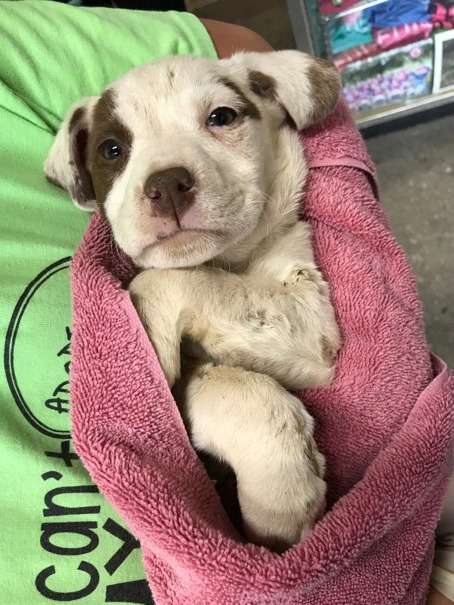 It’s never okay to abandon an animal in a dumpster. If someone had brought Minimus directly to the rescue in the first place, they would have happily taken him in. But luckily, everything appears as if it’s going to work out for this little one.