A 49-years-old life coach from Essex, Alan Whitton, always has been attached to his pets. When he lost his previous pet, Tinker, he was devastated, but he got help passing his grief with the help of his Jack Russell named Mitzi, they soon became inseparable.

“I call her my business partner because she is always with me, by my side,” Alan told Essex Live.

But tragedy strikes again when 1-year-old Mitzi was walking down a park with Alan when she started to run after another dog was chasing her. The poor man looked out for his beloved dog all day but had no luck, it seemed like the dog got vanished without a trace.

When night came the heartbroken man had to leave, to come back in the morning and continue the search with his wife and kids. 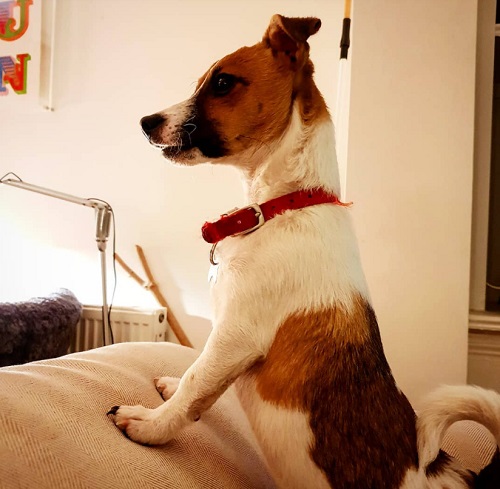 All night he couldn’t sleep being worried about his dog: “It was a really cold night … I thought she was going to die.”

The search continued but no luck, so he started plastering the area with missing posters, hoping the community will help him find his pet.

When all hopes seem lost Alan received a call from a dog walker informing him that her dog keeps sniffing around a fox hole.

Alan praying for a miracle went out to the sight and heard a familiar whimpering coming from the hole, it was his Mitzi. 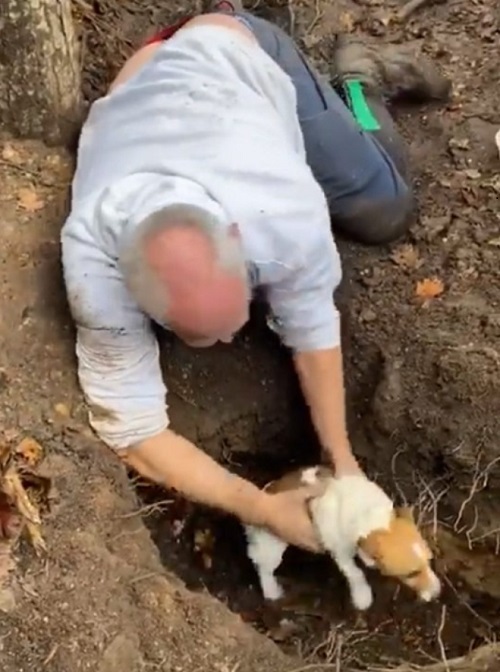 Strangers came to help the man to dig up his dog: “I needed shovels, the lady who called me kindly gave me one and I started digging,” Alan said. “The people started turning up to help, it was amazing.”

Alan finds Mitzi and grabs her with difficulty but manages to pull her out, he breaks down crying and hugging her the locals are all so happy to witness this emotional reunion, the best thing was the dog wasn’t hurt physically.

“I just broke down, I was overwhelmed with joy and disbelief, I had started to lose hope,” Alan told Essex Live. “It was like a Christmas miracle, all the time it felt like a nightmare I couldn’t wake up from.

Alan thanked everyone that helped him find the dog so in a gratitude sign he will give them a free session since he is a life therapy coach.

“We are capable of so much when we work together,” he said. “It really has restored my faith in humanity.

We are so happy for this kind man.