Austin Russell was on the way to his annual New Year’s Day bike ride along the Grand River in Grand Rapids, Michigan, but stopped when he saw something splashing in the water.

Russell then heard a dog bark and finally saw the struggling dog splashing in the middle of the river. The dog appeared to be tangled in some branches. Looking around, Russell noticed he was near a college campus and flagged down a security guard. 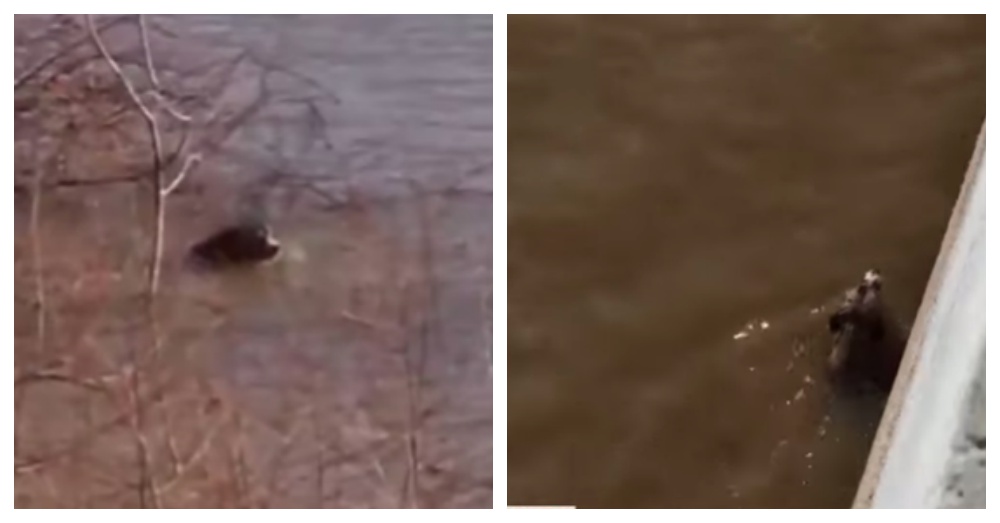 Meanwhile, the dog managed to free himself from the branches but was swimming in the freezing water along a break wall, unable to get out. After a failed attempt with a mop the security guard brought, Russell surveyed the area for another option. His fast thinking led him to an area under the train tracks that he hoped would allow him to reach the dog as he continued to swim downstream. 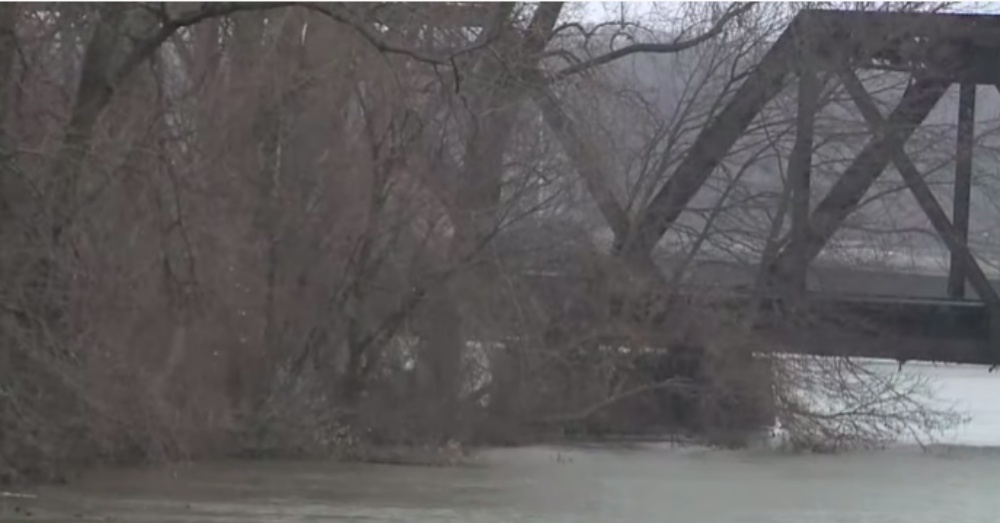 He told Fox17, “I laid on my stomach and the level of the river was perfect. My arm was barely long enough to reach the dog. He didn’t have a collar so I grabbed him by the skin on his neck, pulled him out of the water.” 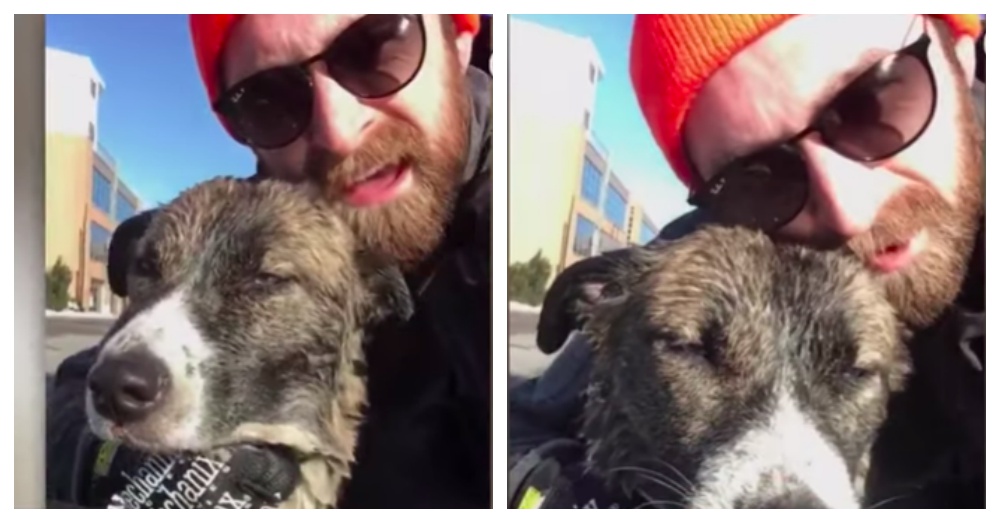 The dog was shivering and Russell waited in the middle of the road to flag down the next car for help. Thankfully, the next car slowed down and stopped to help. The couple had extra clothes and a towel to wrap around the wet dog.

Russell contacted the local police when he first spotted the dog in the river but officers were busy rescuing two other dogs that fell in the river. They finally arrived and took the dog to Kent County Animal Shelter. It turns out the dog is a pit bull/husky mix named Max. His owners came to claim him and said Max escaped because part of their fence was kicked down. 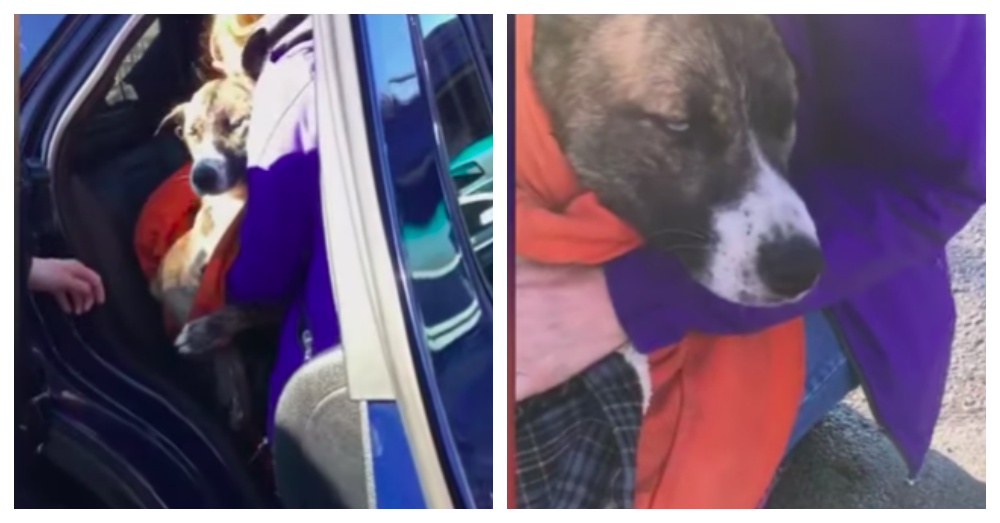 No one is sure how he ended up in the Grand River, but his owners are thankful that Russell was there to rescue him. Once Russell knew that Max was safe, he posted the rescue to Tik Tok and it went viral. In just a few days, the video was viewed over 11 million times.

Had fate brought Russell and Max together? Max’s owners were looking to rehome him before the incident and Russell said that he would be interested in giving him a loving home.

Watch the full rescue story in the video below.